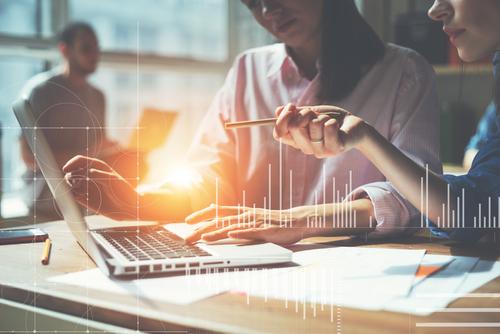 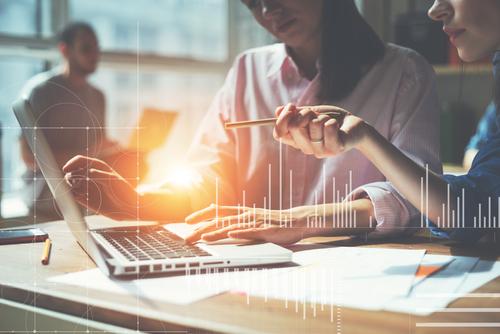 ORE gives researchers a fast, easy and cost-free publishing platform to share their results. © Alex from the Rock, Shutterstock

With a goal of making scientific knowledge more freely available to researchers and the public, ORE has spent the first year of its existence establishing its profile and winning over the scientific community.

Launched exactly one year ago, Open Research Europe (ORE) is an open access publishing platform for research coming from Horizon 2020 and Horizon Europe. All subject areas of research are catered for.

ORE gives researchers a fast, easy and cost-free publishing platform to share their results. This facilitates open, constructive discussions, which are vitally important to the scientific process.

With the EU taking a lead role in redefining how research and innovation is carried out, open access publishing has emerged as an important part of the process.

Collaboration among researchers is all the more important when tackling today’s big research questions. People are more likely to read research which is published in an open access journal.

As a young researcher herself, Professor Mangala Srinivas, Head of Cell Biology and Immunology at Wageningen University and Research in the Netherlands, is passionate about improving conditions for early-stage academics.

She is interested in promoting cultural and systemic changes in academia.

As the previous Chair of the Young Academy of Europe (YAE), a pan-European initiative of young scientists for networking, scientific exchange and science policy, Prof. Srinivas focuses on issues relevant to younger academics, particularly those with family responsibilities.

This includes open science, an approach that is committed to spreading knowledge as soon as it is available using digital technology.

‘If you speak to younger scientists today,’ said Prof. Srinivas, ‘They wonder, “Why was science ever not open?”’

Prof. Srinivas gives an example of the benefits of the ORE platform using a recent paper she co-authored.

‘We wrote an article (entitled ‘Why science needs a new reward and recognition system’) that was published in Nature,’ she said.

‘It was based on a survey of how academics are affected by the pandemic.’

Although the article in Nature was quite short, the researchers had all the data from the survey.

‘We thought it would be nice to share that,’ said Prof. Srinivas, ‘So we put a data note on ORE and we linked to it from the main publication, so it would be found.’

Apart from the importance of providing open access to the data, Prof. Srinivas points out that there aren’t that many places you can publish this type of data for it to be easily discovered.

As the views and downloads of the data increase, Prof. Srinivas is convinced that ORE and other open access publishing platforms are changing the landscape of the publishing industry for the better.

Another strength of the ORE platform is the breadth of the formats it supports. Scientists, scholars and clinicians can publish anything, from papers and reviews to methods and data notes.

She describes the traditional publishing process as ‘highly subjective.’

Normally, in many cases, a journal’s editor has the power to decide whether to accept a paper, or not. The effect is noticeable, especially for journals with a leading reputation. ‘Often, editors rule out 80-90% of the applications that come in, just based on their own reading of them and what they think the impact of the article will be in terms of citations for their journal, which is highly subjective,’ she said.

On top of that, sometimes researchers must pay a fee to have their results published in a journal. If not, in many cases, published content is hidden behind a paywall. This prevents other researchers and society-at-large, from accessing the findings that, in many cases, were in receipt of public funding. Remember that articles are peer-reviewed by other scientists who are also not paid for their time.

The role of Editor-in-Chief in charge of selecting papers is done away with by ORE. ‘Instead, everything goes out for peer review,’ said Prof. Srinivas. In this approach, all the peer reviewers’ comments and the author’s responses are visible to everybody. The drawback here is that manuscripts that are later rejected will also remain online and accessible, which could be misleading to readers without a strong scientific background.

Crucially, there is no paywall to impede access to the research.

Editors also ensure the quality of the peer review process. For example, they must ensure that suggested reviewers are qualified for the task, have relevant experience and won’t bring any biases to the process.

According to Prof. Srinivas, open access publishing of this kind is a great resource, especially for younger researchers. They may struggle with getting published in the more established and traditional journals because of the competitive screening process and the publication costs.

ORE makes the latest research and data more widely available. It allows doctoral graduates and high school students alike to access the latest frontiers of scientific discovery and innovation. For decades, such insights have been hidden behind paywalls.

‘It’s really important that it’s the European Commission that’s behind ORE, because that gives it legitimacy,’ said Prof. Srinivas.

‘Historically, prestigious journals like Nature have been considered more attractive to be published in because of the way academics were, and still are, assessed. If you publish your paper in a high impact journal, then it’s considered a “better” paper. But this is changing.’

Thanks to the backing and promotion of international and well-renowned granting bodies such as the European Commission, publishing your results in open access journals no longer means that they are less valuable than research which is published in a top journal. Indeed, ORE does not and will never seek to have an impact factor.

Instead, ORE takes a broad view, that it is the intrinsic value of what is published, shared and re-used that’s important, as opposed to the journal it appears in.

With around 180 published research articles and more than 80 articles which have passed peer review, ORE has come a long way in its first year.

‘The platform has had quite a lot of submissions, and many of them are good. I think that’s a huge achievement for such a new platform,’ said Prof. Srinivas. With a large number of journals publishing for so many fields of research, it can be difficult to stand out. ‘Keep in mind that ORE is not yet indexed in major scientific search engines,’ said Prof. Srinivas, ‘And that has limited its visibility’.

‘If you start something new, getting submissions is the hardest part,’ said Prof. Srinivas.

ORE has also been awarded the seal of the Directory of Open Access Journals (DOAJ)an award that recognises quality assurance in research.

Most recently, in March 2022, ORE was accepted by INSPEC, a leading bibliographic database for physical sciences.

One of the next milestones for the platform is to become indexed in scientific search engines.

‘That’s really a key step,’ said Prof. Srinivas. ‘Once you see papers that are published in ORE showing up when you perform a search in PubMed or Google Scholar (databases relevant to the medical and biomedical fields that search across journals), that’s when people will start noticing it and wonder “Hey, what is this and can I publish here?”’

To learn more about the ORE platform, follow the links below.

If you liked this article, please consider sharing it on social media.