Opinion: Stock trading during ‘March Madness’ is not a slam dunk and the reason may surprise you 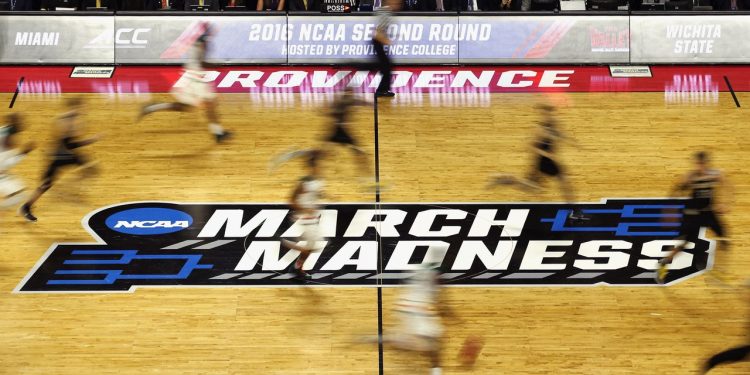 
You might want to avoid trading stocks during this year’s NCAA “March Madness” men’s basketball tournament, which began earlier this week and lasts until Apr. 4. That’s because researchers have found that during widely followed sporting events, enough investors act irrationally that the market’s performance is below average.

The study that documented this pattern appeared some years ago in the Journal of Finance. Entitled “Sports Sentiment and Stock Returns,” its authors are finance professors Alex Edmans of the London Business School, Diego Garcia of the University of Colorado at Boulder and Oyvind Norli of the BI Norwegian Business School.

Though the researchers focused primarily on World Cup soccer matches, they also studied cricket, rugby and basketball tournaments. They found that a country’s stock market performed significantly worse than average following losses by its national team in international competitions.

You might think that these negative effects of losses would be cancelled by a correspondingly positive stock market impact in countries whose teams were victorious. But the researchers did not find such evidence, probably because a win merely means that a country’s team continues in the competition while a loss means the country is out altogether. As a result, losing teams’ fans are likely to be more dejected than winning teams’ fans will be elated.

This asymmetry between winning and losing causes the global stock market to be weaker as a widely followed sports match such as the World Cup takes place. This broad impact was confirmed by another academic study, this one by Guy Kaplanski of the Bar-Ilan University in Israel and Haim Levy of the Hebrew University of Jerusalem. They found that global stock markets experience below-average returns during World Cup.

Neither of these studies focused on the March Madness tournament. But the same psychological forces are likely ingrained in people, regardless, and if so there should be an above-average amount of selling pressure in the U.S. stock market between now and early April.

To be sure, neither set of researchers who authored these studies is recommending that you should go completely to cash during big sports competitions. The magnitude of the stock market’s below-average performance during those competitions is not great enough to overcome transaction costs — especially if you take taxes into account. Plus, their findings reflect an average over hundreds of games, and there’s no guarantee that the market during any one competition will in fact be a below-average performer.

performance during all March Madness competitions since 2000. I calculate that its average return was 0.35%, versus an average gain of 0.48% across all three-week periods over the last two decades. It’s difficult to imagine how you could exploit that difference into much of a profit, however statistically significant it may be.

But that’s not the point of these research studies. The broader implication of the research is to remind us, yet again, how difficult it is to keep our emotions from influencing our investment decisions. It wouldn’t otherwise even occur to us that, however depressed we are after our favorite team losses, our despondency could affect which stocks we think are worth buying or selling.

But it very much could. In fact, behavioral finance literature is filled with such examples. I’ll mention just one that is relevant to this week: Researchers have found that stock market returns around the world tend to be below-average on the Monday following shifts to daylight savings time. The likely cause, according to the researchers, is that on such Mondays we are “weighed down by weariness, fighting lethargy, and perhaps even facing despondency.”

This past Monday was the day after this year’s shift to daylight savings time, and the S&P 500 fell by 0.7%.

Mark Hulbert is a regular contributor to MarketWatch. His Hulbert Ratings tracks investment newsletters that pay a flat fee to be audited. He can be reached at mark@hulbertratings.com

More: Short-sellers are scarce and that’s some of the best news the stock market’s had lately

Plus: Prepare for a recession this summer, a bear market in real estate and a drop in stock prices, warns strategist David Rosenberg