Opinion: Twitter’s board owes it to shareholders to accept Elon Musk’s offer 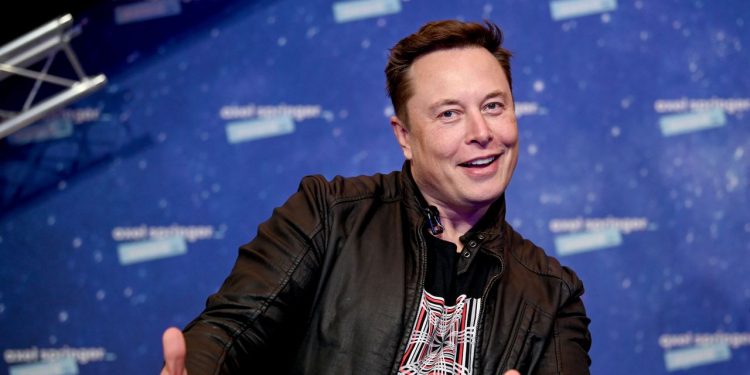 board must seriously consider shareholder value and whether Musk’s generous takeover offer – the stock closed at $45.85 on Wednesday — is financially better for shareholders than a company that is adrift as Twitter continues to fail to monetize its business.

I strongly advise the Twitter board to accept Musk’s offer. Otherwise class-action lawsuits against Twitter and its board will likely be relentless, which in turn, will cause its stock price to collapse to $20 or less per share.

Ever since Jack Dorsey left Twitter, the company has been adrift and unable to properly monetize its increasing sales growth. As an example, the analyst community for the first quarter is forecasting that Twitter’s first-quarter sales will rise 19.3% to $1.23 billion, while its earnings will decline 81.2% to only 3 cents per share.

The Twitter board’s decision basically comes down to either rewarding shareholders financially through this offer or pursuing a woke and ESG transformation of the company.

To my knowledge, there has never been shareholder class-action lawsuit that pitted a board’s decision of ignoring shareholder value to promote an increasingly woke and ESG mandate regarding gender and racial comments that can get users kicked off Twitter.

In the end, the Twitter board must cover their butts and in the end side with shareholder value. In fact, I am certain the errors and omission (E&O) insurance for the Twitter board of directors will not protect them from a class-action lawsuit if they reject Musk’s offer.

More: If Musk’s $43 billion Twitter bid falls apart, who else has enough money to buy the company?

The transformation of Twitter under Elon Musk will likely be very exciting, since the Twitter platform will likely be reopened to users that were previously kicked off (such as Donald Trump) and controversial statements will likely explode. Elon Musk described Twitter as a “war zone” to 60 Minutes’ Lesley Stahl, and he seems to enjoy fighting via Twitter.

Obviously, Elon Musk has very strong opinions and wants to express them more vocally via Twitter than he already does. There is no doubt in my mind that Twitter will explode in popularity under Musk, since he is the most provocative and interesting Twitter participant. And the company will turn that increased traffic into fatter profits.

Plus: Twitter gave rise to Elon Musk’s fame, and amplified his ideas

Right now there is a leadership vacuum in the world, and people are furious over the recent inflation surge. Musk has (1) proposed solutions, (2) wants to be taken more seriously and (3) is tired of being ignored by the ruling elite.

If you wonder why the richest man in the world is so perturbed, it many have something to do with the fact that when California Gov. Gavin Newsom and President Joe Biden promoted electric vehicles (EVs), Musk and his Tesla EVs weren’t included because he has been critical of California’s leadership and his manufacturing plants in the U.S. are non-union.

With Musk loosening Twitter’s rules on free speech, the only risk he will face is government censorship. Interestingly, Musk has an excellent relationship with China, so if anyone can navigate the censorship in China, it will be him. All societies have to prosper, otherwise they run the risk of a collapse or regime change. China has been fighting economic wars for some time and has teamed up with Musk to become increasingly dominate in EVs. Musk also has said positive things about China and its leadership. So I think this will be less of a problem that you might think.

I am personally looking forward to Elon Musk leading Twitter and free expression throughout the world, with minimal censorship.

Louis Navellier is the founder and chief investment officer of Navellier & Associates.