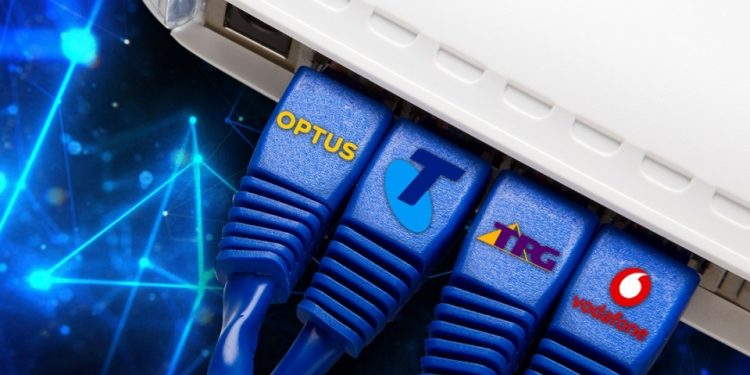 
Internet users are being urged to independently check the speed of their NBN plans after Australia’s largest telcos were caught charging for broadband speeds they weren’t delivering.

The Australian Media and Communications Authority (ACMA) on Wednesday slapped Optus and TPG with $6.5 million in fines for failing to tell customers their plans were slower than advertised.

The regulator said more than 38,000 people were denied the chance to move to a cheaper deal at no extra cost, mistakes that advocates say amount to an extraordinary breach of consumer trust.

The latest fines come after similar ACMA action against Telstra in 2021 and amid ongoing court cases launched by the consumer watchdog against all three telcos around the dodgy dealings.

“Consumers trusted their telcos to do the right thing, and for whatever reason, it’s emerged they were missing out,” Dr Hawkins told TND.

“The extent of these findings indicate consumers do need to make sure they get what they’re paying for – there’s a history of these problems in the industry.”

An extraordinary breach of trust

All told, hundreds of thousands of Australian internet users have been affected by the big telcos failing to come clean about slow NBN speeds.

Regulators claim Telsta, Optus and TPG didn’t tell customers their NBN was slower than advertised, and further that they failed to verify speeds their customers paid for were actually being achieved in the first place.

The ACCC also alleges the telcos failed to remedy the problems even after they became aware and were asked by regulators to deal with it.

“Optus and TPG were charging these people for internet speeds they could not get,” Ms O’Loughlin said in a statement on Wednesday.

ACMA’s fines on Wednesday were just the latest attempt to hold them to account for the conduct, which Dr Hawkins said will have a lasting impact on consumer trust across the industry.

“This highlights a significant issue,” he said. “There needs to be more scrutiny of the processes and procedures across the industry.

“Trust is really critical and I think it may take a while for people to feel comfortable that they’re getting what they paid for.”

What makes this case so damning is that it brings the most basic part of a consumer’s relationship with the telcos into question.

Most internet users don’t understand the technical details that power the NBN, but they do expect what they buy will do what it says on the tin.

There are already a significant number of consumers that distrust the big telcos, according to Finder survey data, which found 19 per cent of users don’t think they’re getting good value for money on their internet.

“Every consumer deserves to get what they’re paying for.”

Check your own internet speeds

Free and widely available online tools can allow consumers to check the speed of their plan and compare it to what they’re paying for, he said.

One such option is speedtest.net – giving users real time speeds.

But it will only measure the speed of your current plan, which you have already paid for.

Dr Hawkins said a more comprehensive tool should be set up that lets consumers make “apples to apples” comparisons between plan speeds before they make a purchase.

He said consumers are often unsure how to navigate the complexity of the internet market and such a tool, if run by an independent authority, could help people make better decisions before making a purchase.

Telcos cleaning up their acts

“TPG Internet has completed implementing improvements required to maintain effective systems and processes so these issues don’t occur again. We have contacted all customers we missed and offered refunds to those who were eligible,” a TPG spokesperson said on Wednesday.

“Optus self-identified this issue and has already contacted customers to offer remediation options,” he said in a statement on Wednesday.