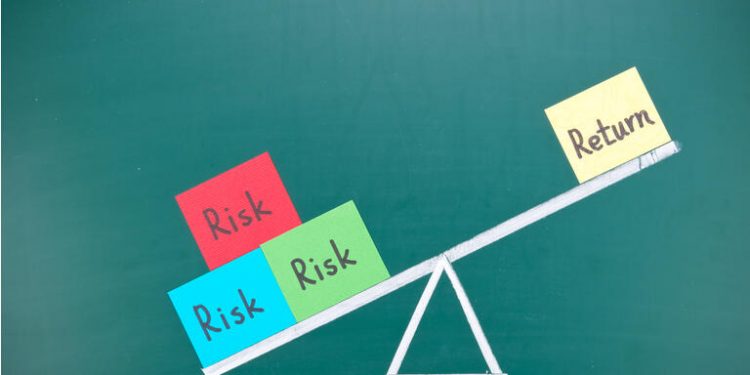 With a 15%+ dividend yield, ORC may appear attractive to many income-oriented investors, especially under a low-rate environment. Moreover, you may be wondering if the investment has become safer because of the price drop.

Indeed, the investment risks in a given stock decrease as its price drops – but only when the fundamentals stay the same – a critical caveat. The thesis of this article is that it is not the case with ORC. Even though its price has dropped substantially since my last writing, its fundamentals have also deteriorated in the meantime. As a result, the risks remained high. And we will examine the following risks one by one in detail in the remainder of this article:

As detailed in my earlier article,

For a financial business like ORC, there are two knobs that management can turn to drive up profitability: return on asset (“ROA”) and leverage. Through simple math, we can show that ROE is just the product of these two things, i.e.,

As we will see next, ORC has unfortunately been doing a poor job turning both knobs. And as you can see from the following chart, its return on equity (“ROE”) has been inconsistent with a meager average of 0.7%. To put things under perspective, a 10% ROE is typically considered the gold standard for financial institutions. And ORC’s ROE is nowhere near. More importantly, and more alarmingly, its leverage is significantly higher than the sector average at the same time.

The following chart shows the ROA, the first ROE knob, for ORC. As seen, ORC’s ROA has also been inconsistent and low, with a historical average of 0.1%. Again, to put things under perspective, a 1% ORA is typically considered the gold standard for financial institutions. And ORC is again nowhere near this mark.

Lastly and more alarmingly, ORC’s poor profitability persisted despite its employment of higher leverage. The next chart shows its leverage. As seen, ORC’s leverage has been on average 8.9x in the past decade, and its current leverage is on par with the historical average.

To put things under perspective, the average leverage ratio for the mREIT sector is about 6.6x only. As a result, ORC’s leverage is 34% higher than the sector average. A substantial amount that makes it a lot riskier than the sector, especially with the unfolding interest rate hikes according to the latest dot-plot announced by the Fed. And we will detail the interest risks later at the end of this article.

ORC has also suffered a chronic loss of tangible book values (“TBV”), a red flag for mREIT business. As shown in the following chart, it has been losing its TBV at an alarming rate, 12% CAGR since 2012, making it kind of an annuity – with a bad leak – for shareholders.

During the 2020 COVID pandemic, ORC – like all the other mREIT players – had to react by liquidating its mortgage-backed securities and shrinking the size of its balance sheet. The liquidation shrank the TBV per share from $6.27 to $5.46 per share, a 12.9% decrease. However, what is really concerning here are that A) such decrease is chronic in ORC’s case, and B) many other mREITs have recovered their TBV losses from the pandemic by now, but ORC did not.

So in ORC’s case, the pandemic is not the cause for its TBV losses – it just accelerated it.

As mentioned at the beginning, ORC has a higher than average leverage ratio, which makes it more exposed to the interest rate risks. ORC makes its money on the spread between the long-term and short-term rates. ORC’s current short-term debt is about $5.2B. Based on these financials, the picture for its interest coverage and dividend coverage is quite bleak ahead. Let’s just consider a few simple numbers:

So the bottom line is that it already is having trouble covering its debt and dividends at the currently also zero borrowing rate. And a 1% interest rates rise would force it to cut dividends, or even worse, make it permanently unprofitable.

Finally, the interest raise could be more than 1%. The Fed’s most recent dot-plot hints a raise of the fed fund rates to about 1% in this year and another 1% in the next one or two years.

Since my last bearish thesis on ORC in Aug 2020, the stock has lost almost 15% of its price and the dividend yield has surged to 15.6%. In case you are wondering if it has become safer now or feel attracted to the 15%+ yield, you need to be aware of the following potential dangers:

1. The stock suffers low and inconsistent profitability despite its high leverage ratio (more than 1/3 higher than the sector average).

2. Its higher leverage ratio makes it more exposed to the interest rate risks. It already is having trouble covering its debt and dividends at the currently almost zero borrowing rate. And even a 1% interest rates rise would force it to cut dividends, or even worse, make it permanently unprofitable.

3. It has suffered a chronic loss of tangible book values – at an alarming rate of 12% CAGR since 2012. With such chronic losses, it is equivalent to an annuity – with a bad leak – for shareholders.

4. Lastly, despite all the above problems, its valuation is actually at a premium compared to its historical average.

If you enjoyed this, watch us for what’s coming next! We are launching a Marketplace service in partnership with Envision Research on Feb 1. Mark your calendar. The first 25 annual subscribers will get a 30% lifetime discount off the best price. We will provide a suite of exclusive features (our best ideas, direct access to us for Q&A, model portfolios, etc.) to help you strike an optimal balance between short-term income and long-term aggressive growth.