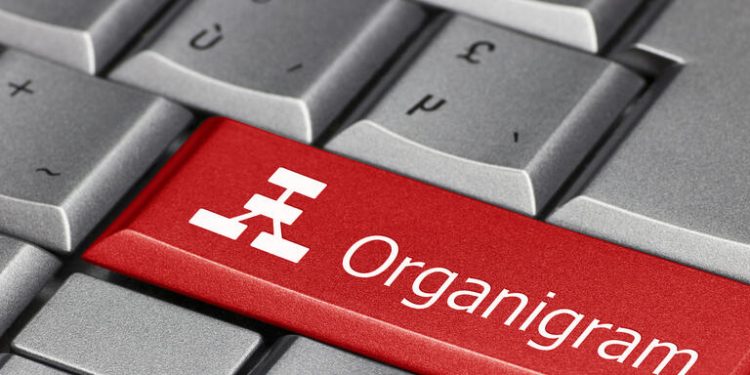 
OrganiGram (NASDAQ:OGI) exceeded expectations for the second quarter in a row; boosting gross margins, significantly narrowing its net loss, and beating on revenue by a large amount.

In this article we’ll look at what’s driving OrganiGram’s improvement and key headwinds keeping it from enjoying a deserved boost in its share price.

The two major improvements in OrganiGram’s performance in the quarter came in revenue and margins.

Net revenue in the first fiscal quarter ended November 30 came in at $30.4 million, up 22 percent sequentially and 57 percent year-over-year. Adjusted gross margin finished the reporting period at $5.5 million, or 18 percent of net revenue, up from the $1.9 million, or 10 percent, reported in fiscal Q1 2021.

Concerning revenue, growth came from an increase in recreational sales. The company also generated $3.4 million in international revenue, after having no global sales in the prior reporting period. It also got a 265 percent boost in edible sales to $1.9 million; an increase in vape sales to $1.1 million, up 13 percent; a jump in flower sales to $21.3 million, a gain of 2 percent; and added five percent in medical sales to $2.1 million.

As for gross margins, the company said the improvement was “due to reduced cultivation costs partially offset by a shift in the sales mix to value-priced products and brands with a lower ASP.”

Consequently, adjusted EBITDA in the quarter finished at $1.9 million against the $5.7 million in Q1 Fiscal 2021.

Net loss for the quarter improved to $1.3 million vs. the $34.34 million last year in the same reporting period.

CEO Beena Goldenberg was positive on guidance for 2022:

Our positive outlook for 2022 is further bolstered by the addition of Laurentian’s premium products to our portfolio, with an increased presence in Quebec and the resumption of international sales, which will continue through the year. We are also pleased with our continued progress at improving economies of scale in our operations, thus reducing operating costs and driving significant improvements in adjusted gross margin and adjusted EBITDA. While we previously projected to achieve positive adjusted EBITDA in Q4, with the purchase of Laurentian that will be accelerated to Q3 Fiscal 2022.

OrganiGram’s Canadian market share climbed to 7.5 percent in the quarter. That has a good chance of improving share based upon its projected growth and the expected increase in retail stores.

Even with consecutive quarters that beat expectations, analysts remain divided on prospects for the company forward.

For example, Cantor Fitzgerald dropped its price target on OrganiGram from $5.70 to $5.30, giving the company an Overweight rating. On the other hand, Canaccord analyst Matt Bottomley upgraded the company from Hold to Speculative Buy, increasing his price target from C$3.00 to C$3.25. He believes the company will continue to generate momentum, building on the last couple of quarters.

Last, analyst Neal Gilmer isn’t overly impressed with OrganiGram Holdings based upon uncertainty in regard to profitable EBITDA in the future. He maintains a “Hold” rating on the company while cutting his price target from $3.00 per share to $2.50 per share.

“Our Hold recommendation is based on our outlook on modest revenue growth and improving margins, but in our view continued limited visibility towards the goal of sustainable profitable EBITDA.”

Outside of lack of EBITDA visibility going forward, Gilmer had a lot of positives to say about the company: “OGI has demonstrated an ability to increase its Canadian market-share while expanding margins over the past couple quarters. We expect the acquisition of Laurentian to result in continued top-line growth and improved margins. International optionality and existing relationships provide additional expansion opportunities.”

Gilmer upwardly revised his revenue projections for fiscal 2022, raised his outlook for gross profits, and considers valuation multiples to be healthy. To me this suggests Gilmer is taking a very conservative view of OrganiGram’s performance in the quarters ahead, even with the perceived lack of visibility of EBITDA profitability.

Generally, I believe the market isn’t too optimistic for several macro reasons.

I think the cannabis market in general is hampered by the macro-economic forces that are having a negative impact on a variety of sectors. Most of that comes from central bank policies and soaring inflation.

When considering the fact cannabis is still trying to find its legs, any bump in the road can have an inordinate effect on stocks.

When adding the political debacle surrounding Canadian cannabis, it makes it worse. Even now companies like OrganiGram are dependent upon the number of new retail outlets opened going forward for growth this year.

While it’s positive that it started to generate international sales to help offset uncertainties in the Canadian cannabis market, it’ll take at least a couple of quarters to see what the growth trajectory of global sales and its impact on the top and bottom lines will be.

That said, if the company can continue to boost market share in the Canadian cannabis market, it will start rewarding shareholders over the next couple of years. By that time, it appears the company should be operating at a sustainable profit, based upon its improving margins and EBITDA.

The acquisition of Laurentian Organic should help improve revenue and earnings in the quarters ahead, as the company continues to transition to products with wider margins.

The last couple of quarters have been very good for OrganiGram. If it can maintain that momentum it’s going to, in my opinion, surprise the market with its performance.

Even so, the macro-economic headwinds will continue to damper the outlook for the cannabis sector because of the waning interest by investors in companies operating in higher risk sectors like cannabis.

At this time, I think the hype surrounding cannabis has dropped to the point companies are being understood better concerning future visibility on the growth side, and not unfounded optimism that doesn’t align with forces beyond the control of the sector, such as how governments at various levels handled the introduction of legal adult-use pot. In Canada it was worse than most markets, which has weighed on all companies even though it looks like things are finally starting to turn around.

As for OrganiGram, it is quickly becoming one of my favorites in the Canadian cannabis market based upon its rapidly improving performance. It looks like it’s not going to be too long before it starts to turn a profit, and as sentiment for the sector improves along with its numbers, it should result in a healthy increase in its share price.

Even with the good earnings report the company only had a modest boost in its share price, and has pulled back, as I write, to $1.64. I think somewhere in the $1.60 to $1.65 mark is a good entry point, and for patient investors, it should generate decent, but not great returns, over the next year.

The risk comes from operating in Canada, global economic concerns, and current investor propensity to avoid most companies associated with perceived risk. That’s why even a good performance may not be enough to push the needle on its share price much until risk is considered to be largely mitigated by investors. Barring a stock market collapse, OrganiGram has a visible bottom, I believe, close to $1.60.

Many times, after a good earnings report companies can be good swing trades, and that could be the case for OrganiGram for those getting at about $1.65 and lower. For those preferring to hold longer, it’ll take some patience in my opinion before you are rewarded.

One thing that could disrupt that would be for the company to surprise to the upside in its next couple of earnings reports, which is very possible.

For those wanting exposure to cannabis, I would take a small position in OrganiGram with the view that there is a much higher probability of gains than losses. Considering a bottom, if the company continues to perform as it has the last couple of quarters, it is limited as to how much further it will drop.

Finally, the one caveat will be how investors respond when the first interest rate increase is put in place. That could cause a temporal knee-jerk reaction and drive the share price of OrganiGram down further than fundamentals warrant. For those concerned about that, it would be worth waiting until that is made clear. That of course applies to many sectors, not just cannabis.

I’m positive on the future performance of OrganiGram and think it’s going to enter a period of incremental growth for a prolonged period of time.