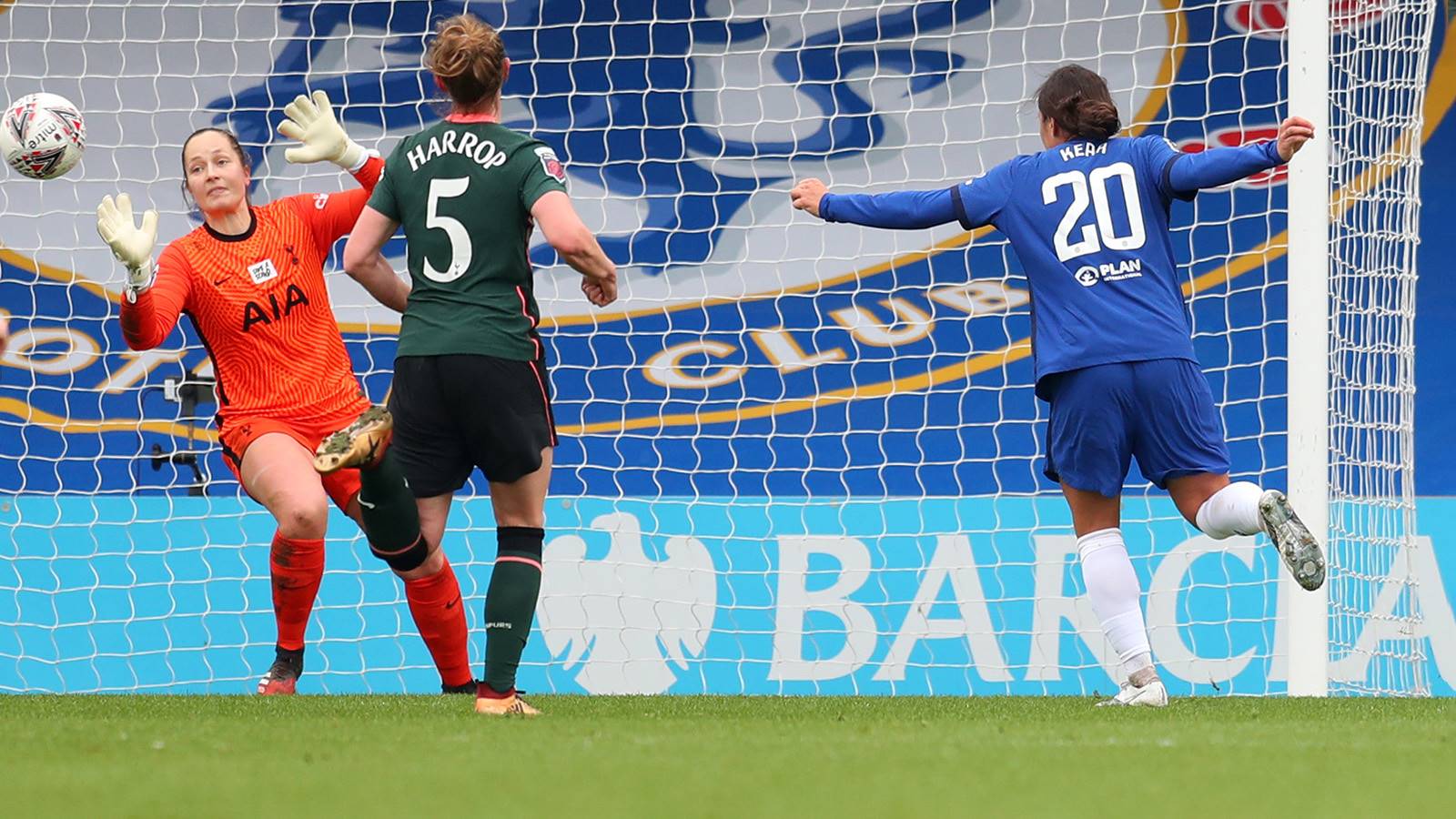 Sam Kerr continued her brilliant goalscoring run for all-conquering Women’s Super League side Chelsea as she took her season’s tally into double figures in the 4-0 win over Tottenham.

Australia’s captain nodded home Chelsea’s third goal in what turned out to be a fairly one-sided London derby to continue a sequence that has now seen her score seven goals in her last seven matches in all competitions.

Champions Chelsea maintained their WSL lead while extending their all-time record unbeaten league run to 33 games, as their German midfielder Melanie Leupolz starred with a brace.

Kerr was a constant menace to Spurs, carving out three opportunities early in the match.

She volleyed over a half-chance in the seventh minute, got behind the Spurs defence to shoot just wide a minute later and then had her goalbound shot blocked just after the half-hour.

But with Chelsea by that point already two up through Leupolz’s magnificent strike and an Abbie McManus own goal, there was to be no mistake with Kerr’s typical 38th minute strike.

Pernille Harder’s pinpoint cross after a quick break down the left made the Australian’s job a simple one as she sped in to head home from point-blank range.

Kerr’s work was done on the hour when manager Emma Hayes brought off her star striker with Chelsea soon going on to grab a fourth when Leupolz slotted home from the penalty spot.

Kerr departed, having taken her season’s tally in all competitions to 10 but she’s been particularly prolific over the past two months since she scored her first hat-trick for the club against West Ham in early December.

In total, she’s now scored seven in her last seven matches in all competitions, including six in her last six WSL matches.

Only Arsenal’s Vivianne Miedema (12) has now netted more than Kerr’s nine WSL goals this term. The Australian has also provided assists on three other league goals.

Despite a strong start from Tottenham, it ended up a miserable afternoon for Kerr’s Matildas’ teammate Alanna Kennedy, who is now Spurs’ captain after signing a permanent deal with the club at the start of January.

It wasn’t a great day for other Matildas too with West Ham’s star Emily van Egmond and goalkeeper Mackenzie Arnold having to suffer a 4-0 hiding by Manchester City.

Hayley Raso did not look impressed to be substituted 10 minutes after halftime as her Everton side went down 2-0 at home to Manchester United, who are second behind Chelsea on goal difference and have played a game more.