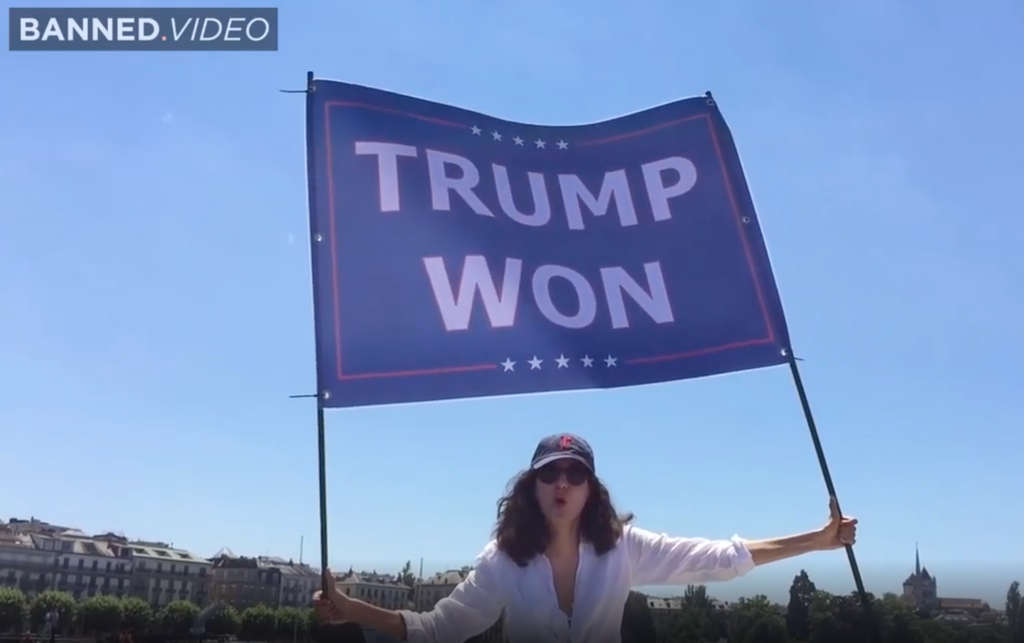 Videos show Noor bin Ladin, 34, standing on a boat in Geneva Lake, Switzerland waving the banner. The 9/11 mastermind’s niece has expressed her support for Donald Trump in the past, and has said she believes he won the 2020 election.

In one of Ms bin Ladin’s Instagram videos, she can be seen defiantly holding up the flag as officers on a Swiss police boat try to talk to her.

In reality, Mr Trump lost the election to Mr Biden. Dozens of lawsuits by Mr Trump’s campaign failed to prove that the results were fraudulent.

In an interview she did later with the right-wing site InfoWars, Ms bin Ladin said the police confiscated her signs.

“I thought we were living in a free country, but apparently not,” she said.

This is not the first time Ms bin Ladin has publicly supported Mr Trump. In 2020, she endorsed the former president in an interview with the New York Post.

“I have been a supporter of President Trump since he announced he was running in the early days in 2015. I have watched from afar and I admire this man’s resolve,” she said then. “He must be reelected… It’s vital for the future of not only America, but Western civilization as a whole.”

Some time after Ms bin Ladin’s protest, Mr Biden met with Mr Putin in Geneva to discuss various points of tension in US-Russian relations. Though there were no major breakthroughs, both leaders described the meeting as positive.

“I must tell you, the tone of the entire meeting, I guess it was a total of four hours, it was good,” Mr Biden said afterward.

“There has been no hostility,” Mr Putin said. “On the contrary, our meeting took place in a constructive spirit.”

No mention was made of Ms bin Ladin’s flags.

Biden arrives in the U.K. ahead of G-7 summit

New book debunks myth vs. history with Texans and the Alamo

Eight Months Into Next-Gen, The PS5 And Xbox Series X GPU’s Differences Are “Not That Significant”

How to Make Money Selling Kids’ Items at Consignment Sales