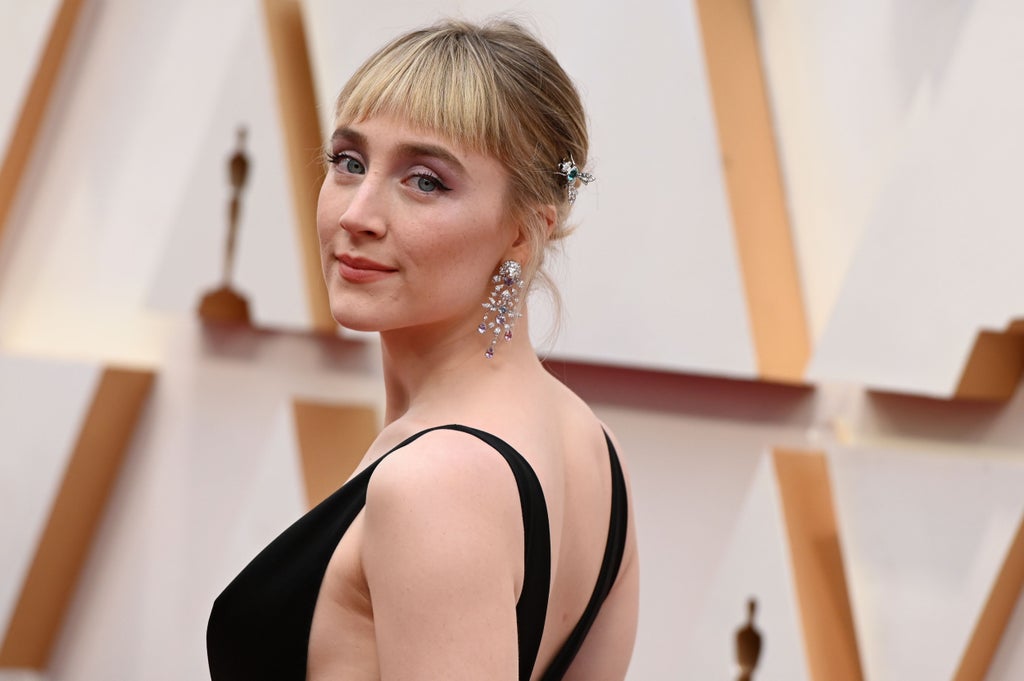 Awards season offers cinephiles the opportunity to celebrate the film industry’s greatest talents but for fashion fans the promise of a stretch of scarlet-coloured, flash-bulb lit flooring is where the allure really lies.

We are, of course, talking about the most glamorous place in the world: the red carpet.

Celebrities often make awards season appearances look easy but behind-the-scenes there is a comprehensive system of red carpet politics and secret deals that goes into ensuring those few minutes of screen time are just right.

So how do the stars really prepare for a night that could not only see them walk away with a gold statue but also rise and fall in the sartorial stakes?

According to Emily Sanchez, a fashion stylist who has dressed the likes of Renee Zellweger, Glenn Close and Naomi Watts, how a red carpet moment comes together heavily depends on who the celebrity is and what their relationship is with a designer.

“It often makes sense for a talent to think of a designer they have a relationship with first to wear for a big event as it’s sentimental and a way of honouring that relationship for that big moment,” Sanchez explains, adding that stylists will often reach out to brands weeks in advance of nomination announcements.

However, the topic of nominations can complicate things further, with many brands holding out on their decision to dress an actor until after it has been revealed whether or not they are a contender for an award.

“With nominations it’s not always clear to say who will be nominated or who will attend which event,” Sanchez says.

“Presenters are often announced the week before an awards show, so that adds another element but brands are definitely motivated to dress nominees and presenters as those are bigger press opportunities.”

Like most things in the fashion and film industries, dressing an actor for an award show mostly appears to be a business transaction and while Sanchez remains tight-lipped about the costs involved with dressing a celebrity, previous reports have indicated how much money is potentially at stake.

In 2017, it was revealed that Meryl Streep turned down the opportunity to wear a custom couture Chanel creation to the Oscars after the fashion house refused to pay her to wear it.

As reported by Women’s Wear DailyChanel’s then-creative director Karl Lagerfeld hit out at the actor, saying: “I made a sketch, and we started to make the dress”, before stating that he later received a text message reading: “Don’t continue the dress. We found somebody who will pay us”.

According to celebrity stylist Jessica Paster, whose clients have included Cate Blanchett, Miranda Kerr, Sandra Bullock, a designer paying a celebrity to wear a certain dress is considered the norm.

“If it looks gorgeous on you and this is the dress we were going to pick anyway, why not be paid?”

While financial gain is important to some, for others the opportunity to wear, and possibly even take home, a designer creation is enough to convince them to partner up with a specific brand.

In 2014, Lupita Nyong’o got to keep the ethereal pale blue Prada dress she wore to the Oscars, while Glenn Close still has the shimmering Carolina Herrera cape-gown she chose for the 2019 ceremony hanging in her wardrobe.

But, Sanchez says that keeping the clothes isn’t a given, even for actors who win on the night.

“The most special option and highest honour is always a bespoke dress made just for that event but unless the dress is custom, there is an understanding that the dress will be returned after the events,” Sanchez says.

“I will show up the morning/day after an event to gather jewellery, accessories, and the dress.

“We show up and make the fashion magic happen for the awards show and just as quickly the next day it all must go back and be returned.”

Stylist Micaela Erlanger, who has worked with both Nyong’o and Streep, agrees, adding that when it comes to gifting, every brand is different.

“Some brands want to keep them for their own archives,” Erlanger told ABC.

“The brand decides that and the client is happy either way. I’d say it’s 50-50. If someone wins in a dress, generally speaking the brands are more inclined to give that as a gift because it’s very sentimental.”

While red carpet events are always critical occasions for celebrities to exhibit their sartorial credentials, they are also a great opportunity to raise awareness.

Most recently, awards season has been dominated by the #MeToo and Time’s Up movements, with the Golden Globes prompting fashion and activism to collide on its red carpet in 2018.

The coordinated protest, referred to as the “blackout”, was an effort by Hollywood’s most famous and accomplished women, including Emma Watson and Tracee Ellis Ross, to make a bold statement against sexual harassment in their industry by choosing to wear all-black ensembles.

In 2020, celebrities turned their attention to the topic of sustainability and the impact that the fashion industry is having on climate change.

At the 2020 SAG Awards, Jennifer Aniston championed vintage fashion in a Dior spring/summer 1999 white satin dress, while Joaquin Phoenix continued his pledge to wear the same Stella McCartney tuxedo throughout awards season, to highlight the issue of waste on the red carpet.

At the 2020 BAFTAs, guests were asked to make sustainable choices on the red carpet as part of its efforts to be a carbon neutral awards ceremony by either re-wear something they already owned or hiring an ensemble as opposed to buying something new.

Saoirse Ronan was one of a handful of celebrities who stuck to the new guidelines, with a black Gucci gown made from discarded satin, while the Duchess of Cambridge re-wore a white and gold gown by Alexander McQueen from her 2012 tour of Malaysia.

“Inherently the idea that a VIP may borrow a sample dress is quite sustainable. They are borrowing, wearing on the carpet, returning, and then the dress goes on to be worn for other shoots or trunk shows.

“Red carpet dressing has the central core of sustainability as the borrowed pieces go on to have another life (or lives).”

The stylist adds that the concept of a custom dress is trickier to navigate as they are a one of a kind pieces made for celebrities.

“Occasionally designers will use a fabric that’s from their collection, so it could be reusing excess fabric, which falls in line with sustainability,” Sanchez says.

“However, if a fabric is custom dyed or printed that’s a bit less on the sustainable side. I think as an industry we are thinking of consuming less and reusing things a bit more.

“It’s about doing your part, however you can.”