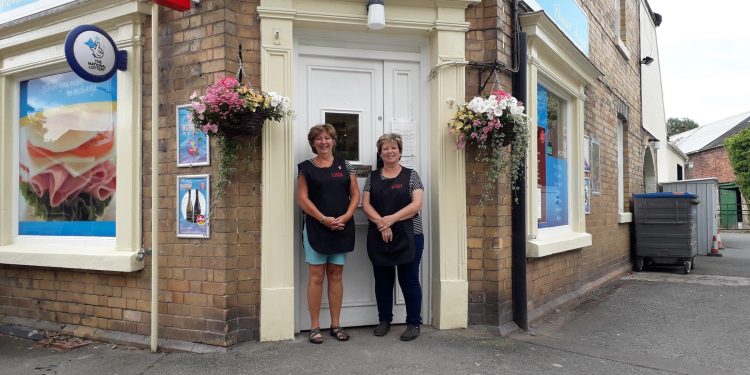 A VILLAGE post office and shop near Oswestry is up for sale having been in the hands of the same family for more than 100 years.

The Kinnerley Stores and Post Office in Kinnerley has been run by Andrew Evans since 1974 and his family have run the store since 1908.

Now Andrew is looking for a new buyer after deciding to retire because of health issues.

The owner of the shop said his grandfather took over the shop and it was run by his aunts.

Andrew added: “It has been run since 1908. My grandfather took over, he ran the shop, my aunties after.

“My father, he went to war and once he was demobilised, he went into farming. We came back to the shop in the 1970s.”

The owner of the store said it was hard to see it closing.

He added: “It is hard, it has been my life working there.

“I cannot do a lot more with it. It has been around a long time and I have seen some changes.

“We have got a lot of loyal customers here. The old families are still here, they have been here for generations.”

Andrew said the post office had served many people for generations and even sold petrol at one time.

He explained: “We had a petrol pump outside in the late 1970s, early 1980s it went, just outside the shop there.

“It had to go because it was too near the road. I had a price which was £1.09 per gallon in those days.

“We sold paraffin as well, it was a messy old job.”

Andrew said he had experienced huge technological changes since he’s been running the shop.

He said: “Time has changed really. The last 20 years, it has all changed.

“The lottery, it has come into our lives, the rise of the debit card transaction, it used to be all cheques and cash, The way the order has changed, in the old days we used to have a representative come it with who would take the order.

“Now we order by the internet, it’s all done quicker now.”

Andrew said he hopes the next buyer will keep the shop going.

He added: “Hopefully, somebody will take the shop on. We have had one or two looking at the place but they don’t seem to be interested in running the shop.

“They are more interested in the house and the farmyard here. We want to get the right person to buy it.”