Our Top Picks for Obsessed Kids 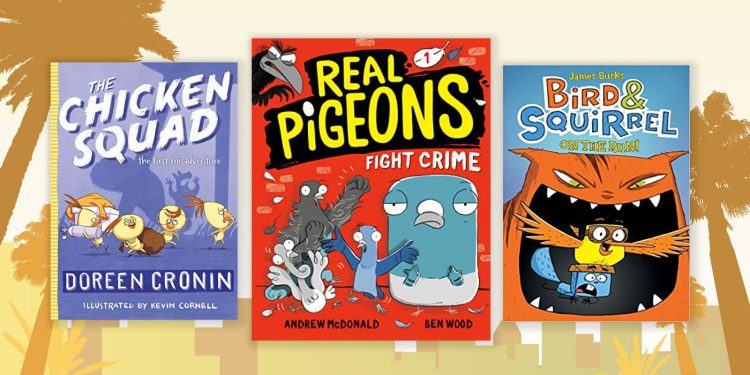 
If you teach first, second, or third grade, we’re willing to bet you have students obsessed with The Bad Guys. (And they’re probably losing their tiny minds over the movie). Why not use that to your advantage and encourage more reading, especially if they’ve already worked their way through the series? We rounded up books for kids who like The Bad Guys, so without further ado, here are our “read-alikes”:

This delightful graphic novel series follows the antics of scaredy-cat Squirrel and carefree Bird as they try to escape Cat, crash land at the South Pole, cross the Great Mountains, and more. There are six books currently available.

We’re big fans of this dynamic duo, and we think your kids will be equally charmed by their love of waffles, parties, and adventures. Like The Bad Guys, this series of seven is a great early graphic novel.

It’s probably not a surprise that a Dav Pilkey series makes this list. Kids love Captain Underpants and Dog Man. With nine books in the series, this is a great option for grade 1-3 kiddos. It’s all about the unlikely friendship between beleaguered Ricky and a Mighty Robot, who is as gentle as he is powerful.

Blizz Richards: great guy, caring boss, loyal friend … YETI. Blizz has made it his life’s work to help other cryptids (hidden animals who have taken a sacred oath to never be seen by the outside world). From Bigfoot to the Loch Ness Monster to mermaids, Blizz is on the case in three delightful chapter books.

From the author of the beloved Click, Clack, Moo series comes these chickens on a mission: Dirt, Sugar, Poppy, and Sweetie. Follow them as they solve mysteries like what that round, shiny, green, big thing in the yard is and the case of the … house-napper? Six fun books!

Sassy and Waldo are two very good dogs out to do the very most good. But that’s hard to do when you’re facing a “No Dogs Allowed” sign. Enter: trench coat. With their clever disguise, the two become Salty, a new student at Bea Arthur Elementary. All in service of their boy Stewart. Check out all four books!

If you want to take over the world, everyone knows you need at least one sidekick and, ideally, a minion. For Evil Emperor Penguin, it is Number 8, a very polite octopus who knits, and Eugene, a cuddly abominable snowman who loves hugs. Follow this fearsome team of ne’er-do-wells through four hysterical graphic novels.

What is it exactly that real pigeons do? The answer to the age-old question is … fight crime. Duh. These guys solve big problems (Where have all the breadcrumbs gone?) throughout eight wonderfully absurd books with major The Bad Guys vibes.

When Animal Town is in trouble, who will save the day? It’s Super Rabbit Boy! Super Rabbit Boy is super fast and super brave. He also happens to be a video game character living in a video game world. Find out what happens as Sunny plays the game in these 11 early chapter books.

Oh no! A terrible case of the hangries! Join Toots the Bean, Chip Ninja, Tammy the Tomato, and Leonard, a wedge of cheddar cheese, as they save kids the world over via their taco hovercraft. Two books of irreverent fun, and we can’t wait for more!

Want more The Bad Guys content? Be sure to subscribe to our newsletter so you don’t miss any of this goodness!

Plus, books to read if your kids are obsessed with Encanto. 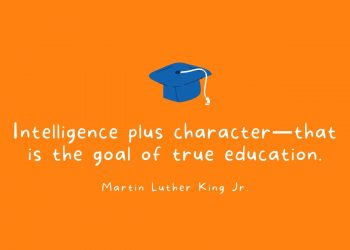 From preschool to high school... 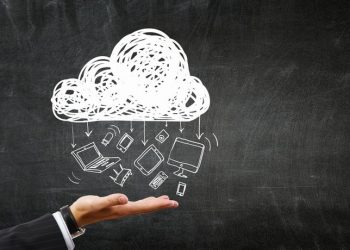 What Are The Top Cloud-Based... 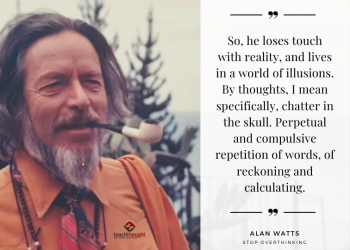 Don’t Think Too Much – 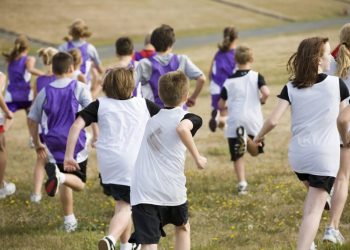 Some schools have succeeded in... 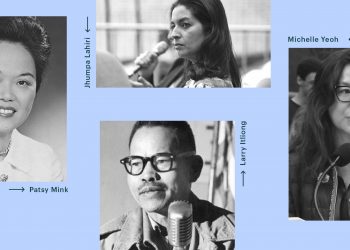 8 Influential Asian, Pacific Islanders, and Native Hawaiians to Teach About

Individuals from the Asian, Native...