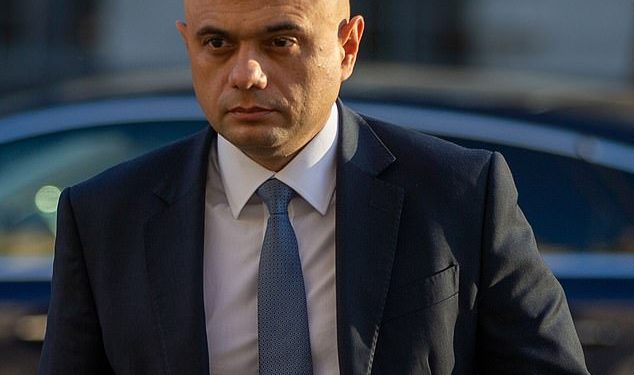 
Ministers were last night accused of undermining public confidence in Covid vaccines after scrapping the requirement for health and social care workers to be jabbed.

Sajid Javid performed an ’11th-hour’ U-turn amid warnings the mandate would lead to crippling staff shortages, with up to 80,000 NHS employees facing the sack.

The Health Secretary told MPs it was ‘no longer proportionate’ to require vaccination as a condition of employment under law because Omicron is ‘intrinsically less severe’ than Delta, which was the dominant strain at the time the measures were announced.

High vaccine uptake across the country also means there is ‘greater population protection’, he added.

However, health leaders warned that the move risks sending a message that vaccines are no longer important – potentially hitting uptake among the wider population. 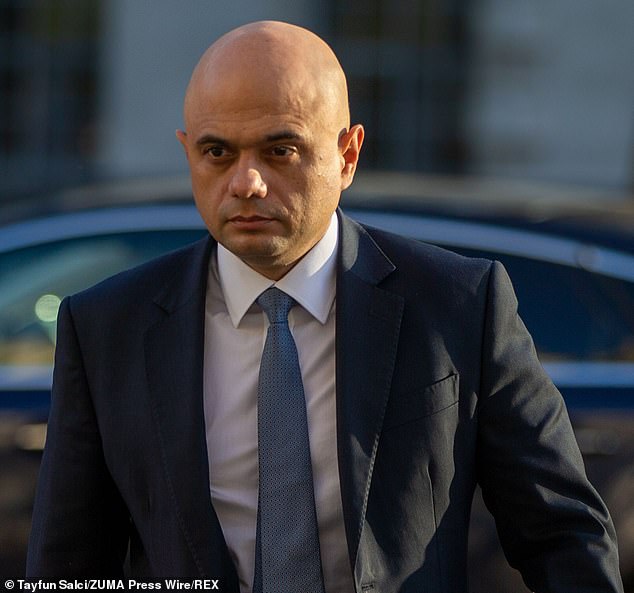 Sajid Javid performed an ’11th-hour’ U-turn amid warnings the mandate would lead to crippling staff shortages, with up to 80,000 NHS employees facing the sack

Why did I have to leave job I loved? 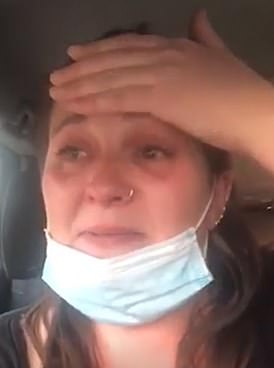 Former care worker Louise Akester said she was ‘absolutely over the moon’ that the compulsory jab rule for care staff is to be scrapped.

Last November Miss Akester, 36, had her employment contract terminated after she refused to be vaccinated.

Miss Akester, who had worked at the Alderson House care home in Hull for three years, posted an emotional video of herself weeping after her final shift.

‘I don’t think it ever should have got as far as it did,’ she said. ‘It shouldn’t have been mandated for us in the first place. We didn’t deserve to lose our jobs, we should’ve had the freedom of choice. It was just heartbreaking, absolutely soul-destroying.

‘We were never given the opportunity to save our jobs.’ She said she had missed her colleagues and patients over the last three months as she dealt with the stress of losing her job.

Miss Akester, who hopes to return to the care sector soon, opposed getting jabbed at first because she was concerned about the side effects. But she said the requirement resulted in her being ‘even more against the vaccine’.

The chief executives of the NHS Confederation and NHS Providers, Matthew Taylor and Chris Hopson, said NHS leaders were frustrated at the ’11th-hour’ policy change.

In a joint statement they said: ‘They recognise the reasons the Government has given for the changes, the risk to services and the different risk from Omicron compared to previous variants.

‘But there will be concern at what this means for wider messaging about the importance of vaccination for the population as a whole.’

It came as care home bosses told how they were ‘frustrated’ for staff who had already lost their jobs for refusing jabs.

An estimated 40,000 people were fired when the legal requirement for care home staff to be fully vaccinated came into effect in November.

The sector already had 100,000 vacancies and there are fears many workers will never return.

Nadra Ahmed, of the National Care Association, told BBC Breakfast she was ‘frustrated’ and ‘saddened’ for all the people who may have lost their jobs needlessly, adding that ‘the impact has been devastating’.

She said: ‘Social care is on its knees… and we just do not have people walking through the doors.’

But responding to reports of the U-turn, which at the time had not been confirmed, she said: ‘I think we’re really happy for our NHS colleagues if this is what’s going to happen because it’s an unnecessary burden, and persuasion will bring us to the same outcome.’

Meanwhile, Paul Hunter, professor of medicine at the University of East Anglia, said: ‘The Government is in an impossible and extremely regrettable position. Its back-pedalling risks sending mixed messages to the public and giving power to the anti-vax movement.

However, losing so many staff would be too big a price to pay for pushing ahead with the policy, especially given the existing shortages.’

Conservative former health secretary Jeremy Hunt said he had concerns about impact the U-turn would have for future vaccine programmes for health staff.

He said: ‘My concern is that having marched the NHS to the top of the hill, having actually won a very important patient safety argument, we are now doing a U-turn. What will happen the next time the Secretary of State wanted to introduce an important vaccine, for example for flu, and make it mandatory?’ 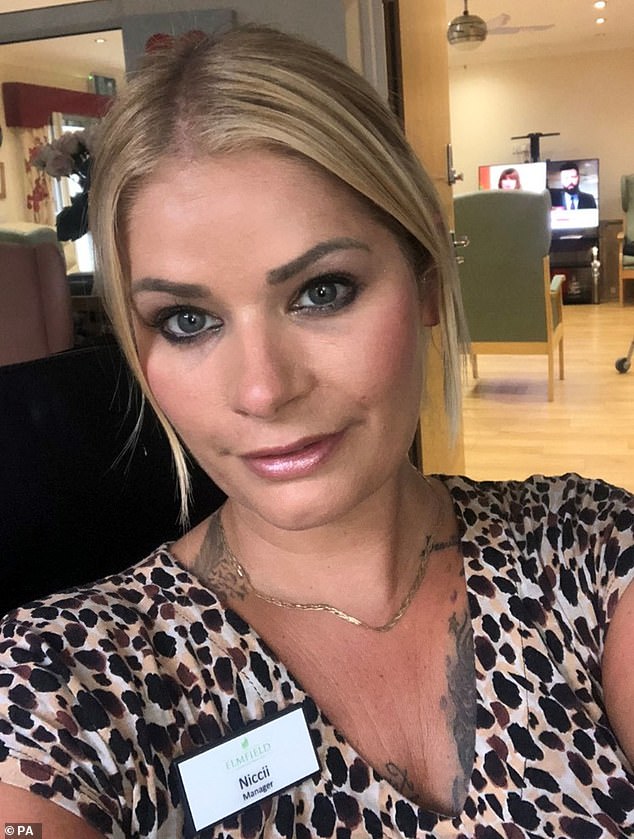 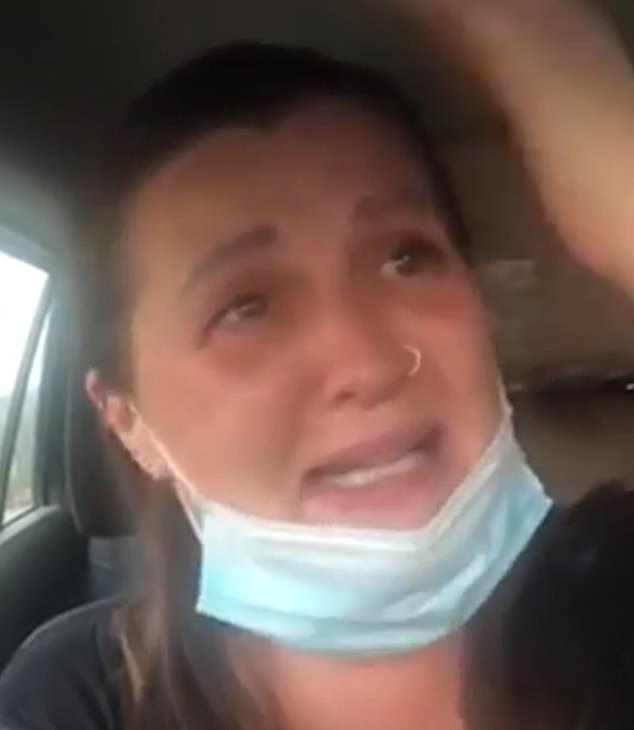 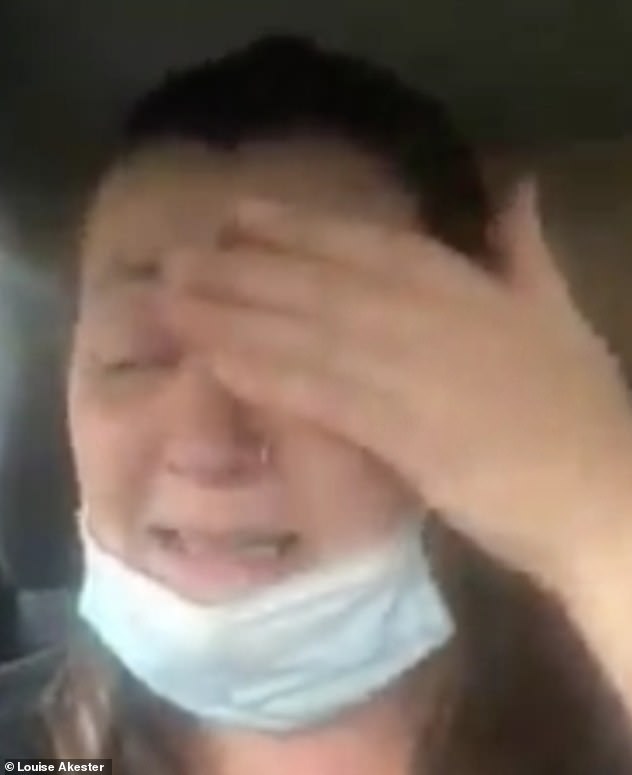 Miss Akester, who had worked at the Alderson House care home in Hull for three years, posted an emotional video of herself weeping after her final shift having had her contract terminated after refusing to get vaccinated

It’s too late for us – the damage is done

Care home boss Niccii Gillett believes the ‘damage has already been done’ despite the U-turn on mandatory Covid jabs for workers in her sector.

Six of her 36 staff at Elmfield House Residential Home in Woking, Surrey, resigned in November after refusing to be vaccinated – including two who had worked there for seven years. An estimated 40,000 care home workers lost their jobs due to the complusory jabs policy but it now looks like they will be able to return. Miss Gillett said: ‘I welcome the rule change but it leaves a bitter taste as for three months care homes have been short of staff.

‘I have had to get rid of six members of staff due to the jab requirement. The damage has already been done. I was fortunate that the staff that did leave gave me plenty of notice to find cover. But we didn’t want to lose them in the first place.’

And Liberal Democrat health spokesman Daisy Cooper MP added: ‘Sadly, this U-turn comes too little too late with valued carers already being kicked out of the sector and many care homes unable to staff family visits over the Christmas period.’

The jab requirement for NHS workers was due to come into force in April, making this Thursday the last day staff could get their first dose to be fully vaccinated in time.Mr Javid said this will now be paused while the Government holds a two-week consultation on repealing the law, which was passed last year.

The 40,000 fired care staff will be able to return to work in the sector if vaccines are no longer mandatory, although they are unlikely to secure the pension and redundancy benefits that come with continuity of employment.

But bosses fear many of these workers could be lost for good, with one charity accusing the Government of using the sector as ‘the trial run for the NHS’. Patricia Marquis of the Royal College of Nursing said: ‘This climbdown by Government has come too late for those social care staff who have already lost their jobs.

‘To risk thousands more nursing staff being sacked in the middle of a staffing crisis was never in the interests of patients’ safety. Vaccination is hugely important but this was the wrong policy, especially as it added to the current pressure on NHS and care services.’

Mr Javid defended the initial policy, saying he ‘makes no apology for it’ and revealed that since September there had been a ‘net increase of 127,000’ people working across the NHS who have ‘done the right thing and got jabbed’, and a net increase of 32,000 people vaccinated in social care.

But he acknowledged that there will always be some who will walk away from their jobs over getting the jab, adding: ‘We have to consider the impact on the workforce in NHS and social care settings, especially at a time when we already have a shortage of workers and near full employment across the economy.’

Meanwhile, Boris Johnson said yesterday that he believed it was ‘absolutely clear’ that NHS and social care workers should still get vaccinated.