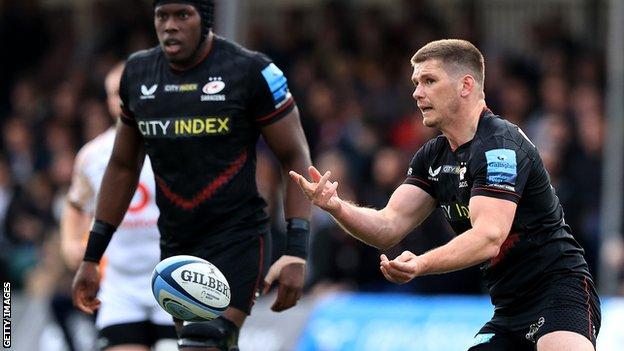 
Saracens are hopeful England captain Owen Farrell will return from his lengthy injury absence in Saturday’s Premiership match with Bristol.

He had been set to return in January but injured his other ankle in Saracens training, which needed surgery, which saw him miss the Six Nations.

“Owen has been training over the last couple of weeks and fingers crossed he will be available for selection again,” said Saracens director of rugby Mark McCall.

“He’s been in team training seasons for about two weeks. We’ll assess him tomorrow and Friday and make sure everything is OK.”

Farrell has made just four Premiership appearances for Saracens this season, the last of which came at the end of October against Wasps when he kicked 16 points in a 56-15 victory.

His club are second in the table in their first season back in the top flight following relegation in 2020 for repeated salary cap breaches.