Palin has Trump’s backing, but can she pass Alaska’s primary? 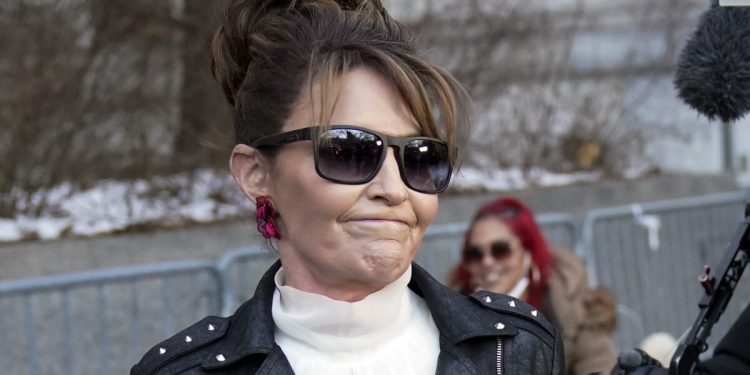 
Alaska has a tradition of electing members of Congress and keeping them in Washington for a long time. A very long time. Like somewhere between 40 and 50 years.

With that seniority came clout and lawmakers who excelled at wringing vast sums of money from the Treasury to benefit Alaska, which perennially stands at or near the top of states slathered in federal dollars.

Durability and delivery — those have been the ingredients to political success.

Now comes Sarah Palin, who is probably best remembered at home not for her bumpy 2008 bid for vice president, her brief reality TV show or her cringey performance as “The Masked Singer,” but rather for abruptly quitting without finishing her one and only term as Alaska governor.

Despite having little political presence in the state these days, Palin announced last week she would seek the congressional seat vacated by the recent death of Don Young, who spent 49 years in the House and felt so strongly about keeping the federal cash flowing that he once brandished a knife during a particularly heated budget fight.

Palin’s statement announcing her candidacy — a patchwork of provocations and Trumpian tropes — suggests she’s not running to, say, ensure the Schoenbar Creek culvert in Ketchikan is replaced, or make sure reconstruction of the Shakwak Highway stays on track.

“Spectacle versus substance” is how Glenn Wright of the University of Alaska Southeast described Palin’s positioning in the special election to replace Young, a race that has drawn 48 candidates. “She’s a much more performative politician.”

Under normal circumstances, which is to say the way elections are usually run, Palin might be considered the front-runner, given her high name recognition and the endorsement of former president and fellow rogue and reality-TV alum Donald Trump. That combination would probably be enough to eke out a plurality victory in a GOP primary, which would almost certainly guarantee Palin’s election in the Republican-leaning state.

However, the contest is being conducted under a system unique to Alaska.

All candidates will be listed on the same June 11 primary ballot. The top four vote-getters will advance to an Aug. 16 runoff, at which point voters will rank them in order of preference. The candidate with the worst showing will be eliminated and their votes reallocated to supporters’ second picks. The process continues until someone receives a majority.

While Palin seems likely to finish among the top four candidates when initial ballots are cast, her unpopularity makes it just as likely she’ll lose in the decisive second round.

“It’s going to be a struggle” for Palin to pick up votes beyond her core supporters, Moore said. “She’s a quitter. That’s the opinion of Alaskans. It’s been that way for years.”

(Palin offered a semi-coherent explanation for abandoning her post with 18 months left in the term and her chances for reelection looking good. “Many just accept that lame-duck status and they hit that road,” she said. “They draw a paycheck. They kind of milk it.”)

Last fall, Moore tested Palin’s political appeal in a hypothetical matchup pitting her in a multi-candidate field against Republican Sen. Lisa Murkowski, who is seeking reelection in November. In the trial heat, using the ranked-choice system, Palin was the first of the four candidates to be eliminated.

It was only last winter, testifying in a failed libel suit against the New York Times, that Palin lamented her waning political relevancy. While her candidacy has drawn a flurry of national attention — like the goggle-eyed interest that attaches to a train wreck — she’s likely to remain an afterthought once Alaska voters have their say.

The special election will be the first time the state has used its novel voting system, and lo, it may work as intended.

The idea, said one of the chief promoters, former state Rep. Jason Grenn, is to reward candidates who show broad appeal and undermine hard-liners like Palin who seem more interested in self-promotion and striking sparks than doing the work of a conscientious lawmaker.

There are plenty of more serious alternatives in the race for Alaska’s one and only House seat, including a batch of experienced state lawmakers; Al Gross, an independent who won 42% of the vote in a 2020 bid for U.S. Senate; and Nick Begich III, a conservative software entrepreneur whose namesake grandfather held the seat before dying in a 1972 plane crash. Begich Sr.’s replacement was Young.

The field also includes a councilman from North Pole, a small town outside Fairbanks, who legally changed his name from Thomas Patrick O’Connor to Santa Claus.

Unlike Palin, he purposely set out to turn himself into a joke.

I Make $10,000 on Airbnb for My Augusta Home During Masters Week