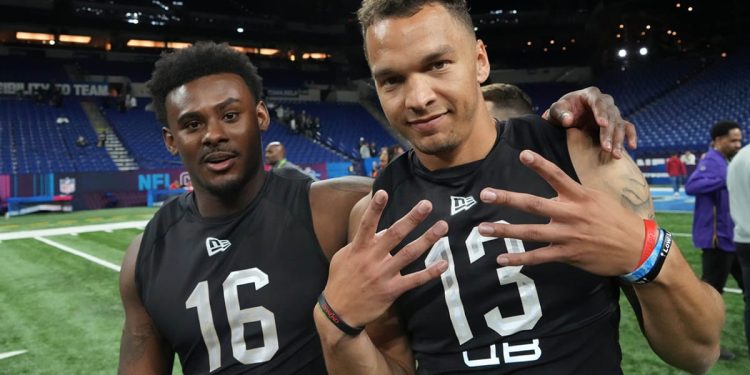 Carolina has five picks in this year’s draft with its first coming at the No. 6 spot. The Panthers will likely look to find their quarterback of the future, but it remains to be seen who they will pick or where. After the No. 6 pick, Carolina doesn’t have another selection until the fourth round at No. 137.

Sam Darnold and PJ Walker are the only signal-callers on the roster now, and the team is in desperate need of improving its quarterback room. Darnold appeared in 12 games and started 11 of them but posted just a 4–7 record. He tallied 2,527 passing yards, nine touchdowns and 13 interceptions in 2021. Walker only appeared in five games and threw for 362 yards, one touchdown and three interceptions.

Cam Newton also returned to the Panthers this past season and appeared sparingly. But now he’s a free agent and yet to sign with a team even though coach Matt Rhule has openly said the team would be open to bringing Newton back.

For more Carolina Panthers coverage, go to All Panthers.

What is Anne Hegerty’s IQ and how is The Chaser related to royalty?