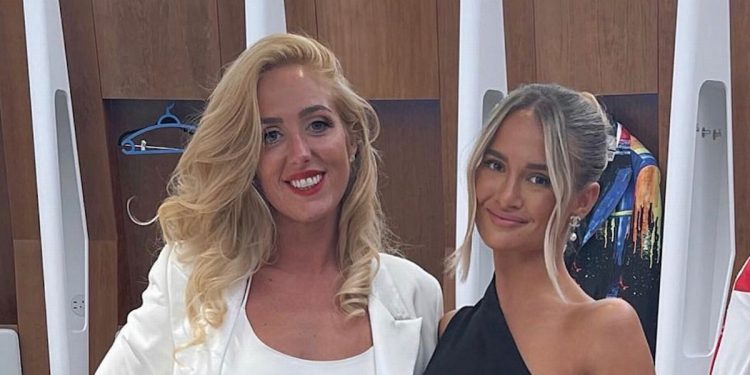 
Tyson Fury has claimed he will walk away from boxing following his dramatic sixth-round knockout of rival Dillian Whyte at Wembley Stadium on Saturday.

The Gypsy King, 33, confirmed he was retiring from the sport after yet another epic performance – this time in front of a sell-out 94,000 crowd in London.

And after serenading his wife Paris in the ring once again, he revealed he would stick to his word and retire following the win which meant he stayed undefeated throughout his professional career.

He told BT Sport: “I promised my lovely wife Paris that after the third fight with Deontay Wilder that would be it and I meant it.

“I then got offered to fight at Wembley and I thought I owed it to the fans, to every person in the United Kingdom, to come here and fight. Now it’s all done I have to be a man of my word.

“I think this is it, it might be the final curtain for The Gypsy King and what a way to go out!”

Paris, who tied the knot with her childhood sweetheart in 2008, seemed happy with his decision as she posed backstage with Molly-Mae Hague, who is dating Tyson’s brother Tommy Fury, 22.

Posting the snap from the dressing room, the two blonde beauties looked stunning. Paris donned a white suit with frilly cuffs and a crop top.

Paris captioned the snap: “The next leading lady there @mollymae with her @tommyfury winning tonight. A beauty inside and out.”

The PrettyLittle Thing creative director shared the image to her own Instagram Story and wrote: “My leading lady always.”

Molly-Mae, who met beau Tommy on the reality TV series in 2019, was ringside to watch as he defeated tough opponent Daniel Bocianski in six rounds on Tyson’s undercard.

His victory came after nearly eight months out of the ring, and Molly-Mae revealed her boyfriend’s lucky charm was once again by his side.

Fans of Love Island will remember the model slept with a baby blue stuffed toy elephant every night while she was in the villa.

And every fight since they left the Mallorcan abode together, Tommy has had an image of Ellie Bellie on his attire somewhere.

This time he had the elephant image sewn onto his boxing robe and Molly-Mae took delight in sharing it with her 6.3 million followers alongside the caption: “Always.”

After his win, Molly-Mae told BT Sport Box Office: “We can relax and be a couple again. I haven’t seen him for two months.”

And she revealed she tries not to watch the action in the ring and instead keeps an eye on the big screen.

She continued: “I don’t watch him I watch the screen. That’s my way of dealing with it. To watch him in the flesh feels much harder so I watch him on the screen.

“I’ve got nail marks in my arm where I’ve been digging in. It’s just horrible. I wouldn’t wish it on my worst enemy honestly.”