Parler chief says he was fired by social media network

The chief executive of Parler, the social media platform favoured by far-right groups and recently forced offline, said on Wednesday that he had been fired.

John Matze told the Financial Times that he was removed by Parler’s board, which is controlled by Republican mega-donor Rebekah Mercer, last Friday. He said that he had not signed a severance agreement.

He added that he had been given no reason for his “termination”, which was first reported by Fox News.

In a statement, Mr Matze said: “Over the past few months, I’ve met constant resistance to my product vision, my strong belief in free speech and my view of how the Parler site should be managed.”

Parler did not respond to a request for comment. Ms Mercer, the daughter of hedge fund billionaire Robert Mercer, could not immediately be reached for comment.

A self-described “unbiased social media network” that purports to champion “free speech”, Parler rose in popularity over the past year among far-right groups as larger rivals Facebook and Twitter ramped up efforts to stamp out misinformation and violence-inciting content, including curbing posts from former US president Donald Trump himself. 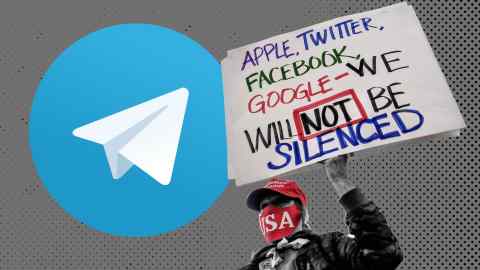 But the app was forced offline in January after Amazon cut off the provision of their web hosting services, citing repeated content moderation failures in the wake of the attack at the US Capitol by a pro-Trump mob on January 6. Apple and Google have also removed Parler from their app stores on similar grounds.

Last month, Carolyn Maloney, chair of the US House oversight and reform committee, called on the FBI to investigate the role that Parler played in fomenting the riots at the Capitol. She also urged the FBI to explore the platform’s “ties to Russia, given the company has re-emerged on [a] Russian hosting service”.

Ms Mercer has previously said she set up Parler with Mr Matze “to provide a neutral platform for free speech, as our founders intended” and to counter the “ever-increasing tyranny and hubris of our tech overlords”. Ms Mercer is its lead investor, according to a report by The Wall Street Journal.

A look back at this week’s top cat moments

How to claim an Etsy order purchased as a guest