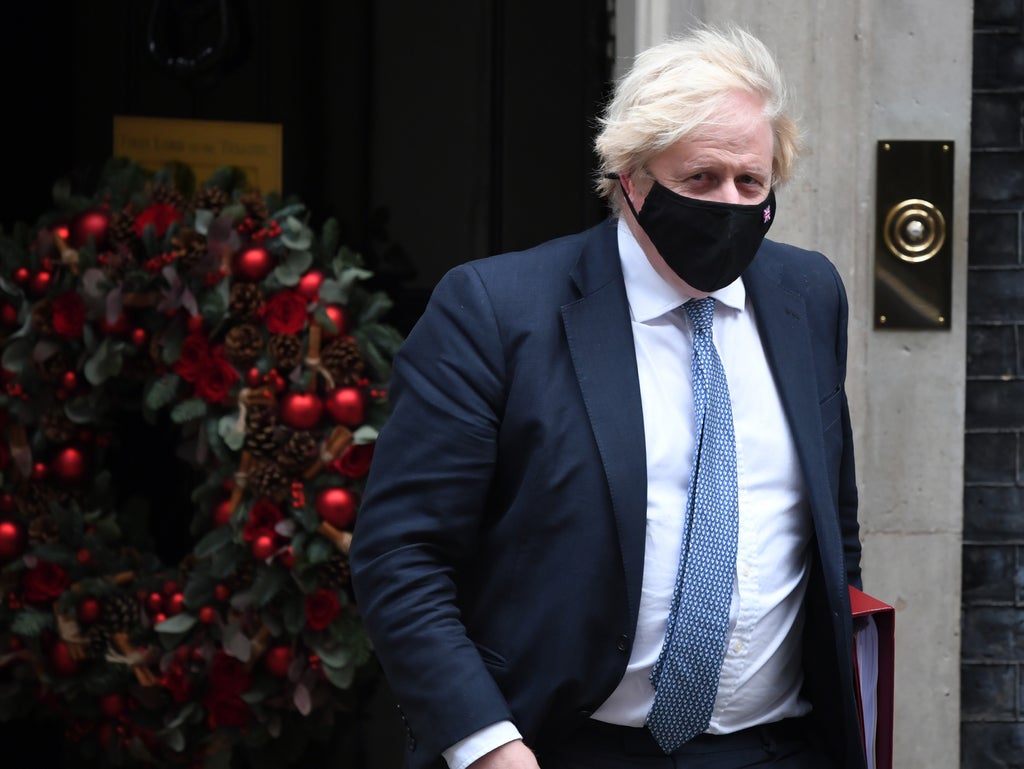 The Metropolitan Police has announced fines for 20 government staff members over law-breaking parties held at Downing Street and Whitehall during the Covid pandemic.

Scotland Yard wouldn’t identify recipients of the fixed penalty notices – though No 10 has said it will reveal it Boris Johnson gets one. The force has warned that more people could face fines later.

Labour has accused the prime minister of “lying” about events and called on him to resign. So what exactly have Mr Johnson, his officials and ministers said about social gatherings during the partygate saga?

On 1 December, Boris Johnson told the Commons “all guidance was followed completely in No 10” after it emerged gatherings had been held during periods of strict Covid curbs the previous Christmas.

Senior No 10 aide Allegra Stratton was captured laughing about a “cheese and wine” party in a leaked video which emerged on 7 December. She later resigned.

Mr Johnson apologised “unreservedly” for any offence caused the clip in the Commons, but also claimed: “I have been repeatedly assured since these allegations emerged that there was no party and that no Covid rules were broken.”

Mr Johnson was grilled again in the Commons on 12 January – admitting he did attend an event in the No 10 garden in May 2020 organised by his private secretary Martin Reynolds.

The prime minister said: “I believed implicitly that this was a work event, but with hindsight, I should have sent everyone back inside.”

The PM also suggested that the event “could be said technically to fall within the guidance”, and said: “No 10 is a big department with a garden as an extension of the office”.

He later said: “Nobody told me that what we were doing was against the rules, that the event in question was something – that we were going to do something that wasn’t a work event.”

Mr Johnson also referred to the May 2020 as “people at work, talking about work”.

In emerged on 25 January that No 10 staff held a birthday party for Mr Johnson. No 10 said “staff gathered briefly in the Cabinet Room” and said the PM “was there for less than 10 minutes”.

Conservative MP Conor Burns, Northern Ireland minister, said it was not a “premeditated” party – saying: “He was, in a sense, ambushed with a cake.” The Tory minister later claimed he was told there was no cake.

Further reports emerged in January of two leaving drinks parties held at No 10 the night before Prince Philip’s funeral in April 2021. No 10 said James Slack, former director of communications, “gave a farewell speech” to thank staff at his leaving event.

Robert Peston reported in Ferbruary that Mr Johnson’s legal defence would be that he went back to “proper” work immediately after the drinks events he attended under scrutiny by Met police detectives.

The ITV host also claimed that “if he can prove that he didn’t get drunk and incapacitated … his legal advisors seem to think there is a chance he can prove said events were simply part of his working day”.

Wearing of suits and ‘fluff’ defences

Among the other defences and excuses offered, cabinet minister Jacob Rees-Mogg said it was important to consider whether rules and regulations were “too hard on people.”

Rees-Mogg also dismissed concerns over parties as “fluff” and “fundamentally trivial” earlier this month, given the scale of the Ukraine crisis.

Asked about a photo showing Downing Street staff having a drink on May 15, 2020, deputy PM Dominic Raab said the fact people were in suits showed it was a business meeting.

‘Do the right thing’

Confirmation that No 10 and Whitehall staff broke Covid laws – specifically the Health Protection Regulations – has also raised the question of hypocrisy once again.

Matt Hancock, Nadine Dorries and other ministers attacked “selfish” people for not following the lockdown rules to stay at home during the first lockdown months of the pandemic in 2020.

It emerged earlier this year that Mr Johnson had written to a seven-year-old girl in March 2020 after she had cancelled her own birthday party because of Covid rules. “Josephine sets a great example to us all,” the PM tweeted at the time.

Announcing £800 fines for anyone attending house parties last January, home secretary Priti Patel condemned the “small minority that refuse to do the right thing … If you don’t follow rules then the police will enforce them”.