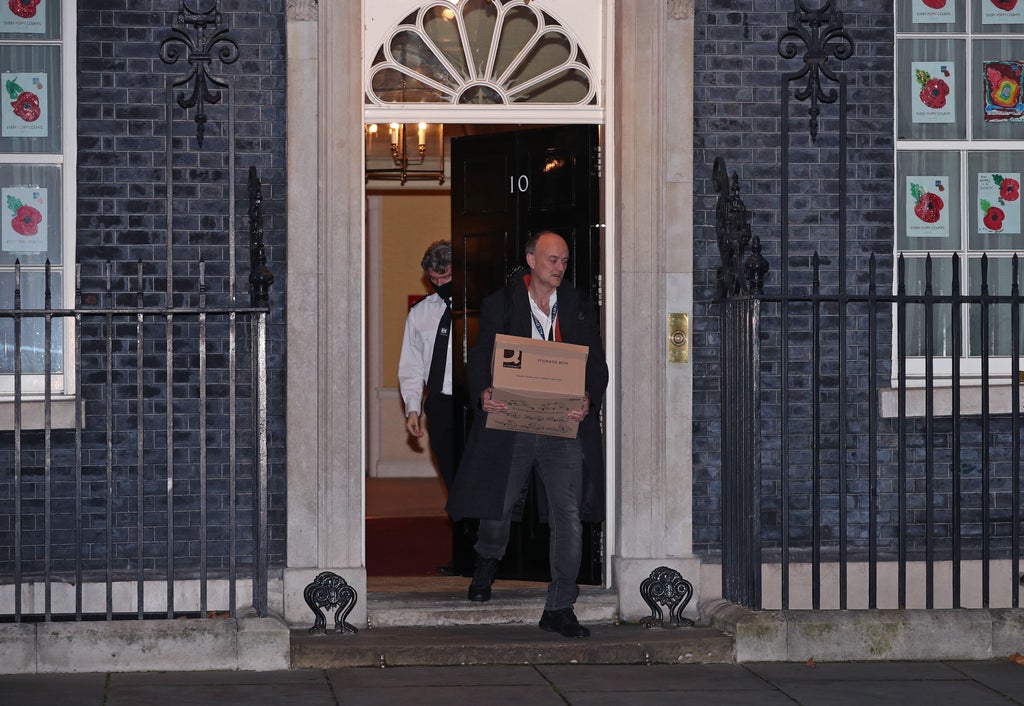 Officers have not had enough manpower to investigate alleged past violations of Covid laws, police chiefs have said.

The Metropolitan Police has faced demands to explain how officers guarding Downing Street could have been unaware of the “bring your own booze” garden gathering on 20 May 2020, while the rest of the country was under strict lockdown.

Yesterday, police and crime commissioners did not comment on the scandal embroiling Boris Johnson, but said forces had not launched any retrospective investigations into any alleged violations of emergency coronavirus laws due to lack of capacity.

National policy for police forces in England and Wales was drawn up at the start of the pandemic, in March 2020, to focus on breaches that pose the highest risk to public health.

During the first lockdown, Mr Johnson’s then-chief adviser Dominic Cummings sparked fury for having driven from London to Durham with his family while it was forbidden to leave your local area.

He had claimed the reason he then driven to Barnard Castle was to “test his eyesight” before he drove back to London.

Police clarified the national policy after the widespread uproar led to Mr Cummings making a statement on the matter filmed in the Downing Street garden.

Durham Constabulary concluded that Mr Cummings may have committed “a minor breach of the regulations” and said there was “no intention to take retrospective action since this would amount to treating Mr Cummings differently from other members of the public”.

Commanders in charge of the policing response to Covid issued a direction to all forces, saying that retrospective investigations could be carried out for egregious breaches, if they were merited, proportionate and in the public interest.

At the press conference on Thursday, Joy Allen – Labour PCC for Durham – said that Mr Cummings’ lockdown breach in her area of authority happened before she was elected in May 2021.

But she said it was right that decisions on how allegations should have been treated were made on a case-by-case basis rather than “just making one decision for everything”.

Alison Hernandez – Conservative PCC for Devon, Cornwall and the Isles of Scilly – said: “[The guidance] was created in a pandemic, it would have been created at speed.

“Locally, decisions – absolutely – were made to not to do retrospective investigations because there was not the capacity and we didn’t know what was coming.

“Business as usual was stopped as much as possible in order to manage this crisis.

“There was also still domestic violence, rapes and sexual offences happening that needed to be investigated.

“The aim of using resources to do retrospective investigations on Covid was just not going to be an option.

“I supported that [decision] locally because, this about being in a pandemic, we’re just going to deal with what’s happening in the here and now, the day to day.”

Stephen Mold – Conservative PCC for Northamptonshire – said: “There is only a finite amount of policing resources that are better directed to domestic violence as a consequence of people being cooped up in their houses, that was a real risk and focus.”

Earlier this month, Green peer Baroness Jones told The Independent that she would be writing to the Met Police and national police watchdog IOPC to ask whether officers witnessed or known about the Downing Street garden event.

Mr Johnson has insisted that the gathering that he and his wife Carrie attended was a “work event”.

It is one of a number of events allegedly held in Downing Street that are currently being investigated by senior civil servant Sue Gray.

Police officers, who were called to these events and gatherings held by the general public, handed out fines when social distancing laws were seen to have been broken.

More than 800 fines were handed out during the week that the Downing Street party was held. The default fine had recently rose from £60 to £100, and to a maximum of £3,200 for repeat offences.

The penalties totalled nearly £1.2 million in London alone, from the beginning of lockdown up until last month, according to a report by the Standard.

Campaign groups, including organisation Fair Trials, have said that penalties and prosecutions should be reviewed because current processes – that come to an end are “unjust” and “unfit for purpose”.

Griff Ferris, legal and policy officer at Fair Trials, had told The National: “It is also deeply unjust that so many people are being criminalised and financially penalised while those in power appear to receive immunity for the same behaviour.

“No one should be fined, prosecuted, or given a criminal record for Covid-related offences while those in power have impunity.”