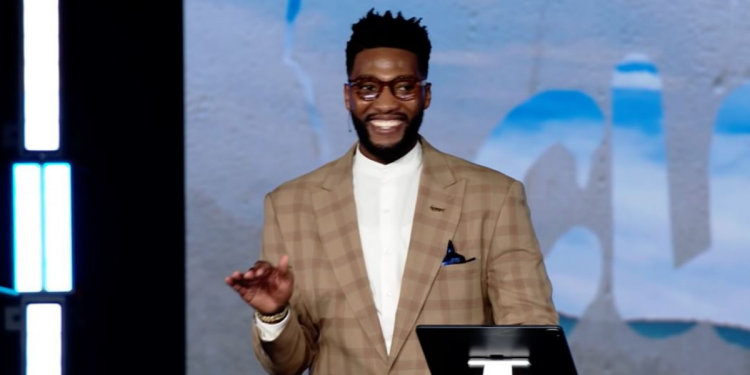 
On January 16, Pastor Michael Todd, or Mike for short made headlines for rubbing split between a churchgoer. Following this, he issued an apology in a video.

Michael managed to grab all the attention after a video of him from his service went viral on social media. Viewers had a lot of opinions about the pastor rubbing split between an individual.

It did not take long for many to express their opinion on social media. Following the backlash, the pastor came forward and apologized.

A look at the viral video

Michael, who is part of the Transformation Church, was seen holding a service where he called one of the churchgoers to the stage.

The video came to light after it was uploaded on the Transformation Chruch’s YouTube channel where they boost over one million subscribers. While Michael began the service by talking about his vision, things turned different when he decided to call someone to assist him.

In the video, Michael can be seen spitting on his hand and rubbing it on the man’s face. He follows this action by adding: “receiving vision from God might get nasty.”

People who were in the audience also seemed surprised by the act. At the moment, it is unclear who the man on the stage was.

After the video went viral on social media, Michael came forward and issued an apology during a Facebook live.

He captioned the video as: “It’s never my intention to distract others from God’s Word and the message of Jesus… even with illustrations! I apologize for my example being too extreme and disgusting!”

Meanwhile, he says in the video: “I just want to acknowledge what happened yesterday when the spit hit the fan. I watched it back and it was disgusting. Like, that was gross. I want to validate everyone’s feelings. That was a distraction from what I was really trying to do.”

He continued: “I was really trying to make the world come alive and people to see the story, but yesterday got to live. I own that. “

Is he on social media?

Yes, Michael is quite active on social media. He has an Instagram that goes with the name “iammiketodd.” At the moment, he has over 1.8 million followers.

At the same time, he is active on Facebook where he has over 1.1 million followers.

In other news, Crypto.com not working: Is the website down and is my money safe?

Help to Buy has made homes for first-time buyers MORE expensive, says House of Lords report