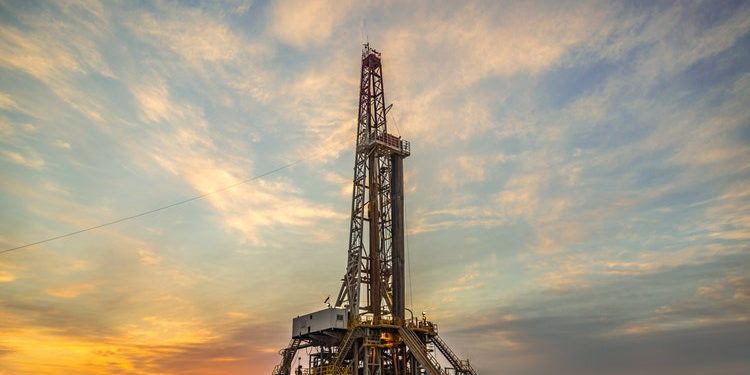 
The oilfield services sector has been battered for so long it is reasonable to favorably regard any company that has managed through the crucible. In the case of contract driller Patterson-UTI (PTEN), that regard is warranted. I recommend it as a buy.

Many oil field service companies gutted out the two-year sector turndown, although several went through bankruptcy (and some didn’t come out).

By contrast, PTEN completed its acquisition of Pioneer Energy Services, has upgraded more of its equipment to producer-preferred Tier 1 super-spec rigs, and is operating in all major basins with a heavy emphasis on the favored Permian.

Day rates have been increasing and demand for drilling rigs and services is strong. Moreover, the forward curve for future oil (and gas) prices underpins a resumption of drilling activity and profitability.

Patterson-UTI has a small 1.2% dividend; I don’t recommend it to dividend-hunters. I do recommend the company’s stock to those looking for capital appreciation in the oilfield services sector.

Because Russia is a big oil and gas exporter, the potential for conflict between Russia and Ukraine and further drop in its natural gas (and oil) exports has boosted world prices. Other factors include post-Covid demand increases that have not been matched by increases in production due to both deliberate restraint by OPEC+ and US producers-to meet investor preferences-and capex underinvestment reducing the ability of some countries to produce to their targets.

Adjusted EBITDA, which subtracts the tax loss benefit and adds back interest and impairments, was $171 million for 2021. By operating segment this divides as:

Daily rates are heating up. For example, even a few months ago in early November 2021, a private company executive at an oil conference said, “21K on a hot rig on Friday becomes 24K on a stacked rig on Monday.” Translation: $21,000/day for a ready drilling rig became $24,000/day for a cold (non-operating) drilling rig three days later.

For the base rig we are now in the mid-20s for day rates and that is where the discussions begin. And further to that, in some cases, our total revenue per day is at or above $30,000 a day when you include the revenue from technologies and ancillary services in our contract drilling business. In pressure pumping we see further pricing improvement for both dual fuel and conventional spreads due to the lack of readily available premium equipment in the market.

With this in mind, Hendricks said the company expect to generate more than $450 million of adjusted EBITDA in 2022.

a. This is important because much gas drilling takes place in the Marcellus and PTEN has 33 rigs there. F

As the graph above shows, the number of PTEN rigs operating follows the oil price but with a lag and not proportionately. The number has increased but not yet recovered to the pre-2020 level. This reflects public company producers’ caution as they prioritize return of capital to shareholders ahead of expanding drilling.

PTEN reported it had an average of 113 rigs operating in January 2022.

Of the company’s 192 rigs, about a third or 73, are in West Texas. Per the company’s rig locator only about a quarter of Permian rigs are available, the rest are contracted.

The 2022 capital expenditure forecast is $350 million. Most of the capex will be used for rig maintenance and reactivation. This includes upgrading more rigs to Tier 1 super-spec status with ESG and sustainability capabilities. Producers prefer, and PTEN has a competitive advantage in providing, Tier 1 super-spec rigs that have more clearance under the rig floor and a third mud pump for horsepower and redundancy. (The extra clearance allows the rig to “walk” to a new location.)

The primary driver of PTEN’s activity is the oil price, although it is clearly subject to the level of activity public and private producers choose to undertake at a given price.

The diagram accompanying the EIA article on the oil increase also gives a good picture of the rapid average decline rate from existing wells, a large portion of which are unconventional horizontal, hydraulically-fractured.

A Wall Street Journal article on drilling explained that while public companies such as Devon (DVN), Continental Resources (CLR), and Pioneer (PXD) were drilling only enough to keep production flat or up 5%, private companies were increasing drilling at a faster rate. Private oil producers were running 323 rigs in February 2022, up 127% from the beginning of 2021 while rigs run by large and mid-sized public companies were up only 28% to 215.

Be aware that due to a lack of takeaway (pipeline) capacity relative to the enormous size of Appalachian gas reserves, Marcellus prices usually lag those at Henry Hub, Louisiana. This is important because much gas drilling takes place in the Marcellus and PTEN has 33 rigs there. For example, on February 16, 2022, the Henry Hub price was $4.39/MMBTU while the Appalachian price (Tennessee Zone 4) was $3.70/MMBTU.

Patterson-UTI is headquartered in Houston, Texas. Its three service segments are: a) contract drilling, b) pressure pumping, and c) directional drilling.

At February 1, 2022, Institutional Shareholder Services ranked Patterson-UTI’s overall governance as 1with sub-scores of audit (4), board (2), shareholder rights (2), and compensation (1). In this ranking a 1 indicates lower governance risk and a 10 indicates higher governance risk, so the overall rating is excellent.

The company’s beta is 2.82, far more volatile than the overall market, representing a company on the front lines of the turbulent oil and gas drilling sector.

On December 31, 2021, PTEN had $1.35 billion in liabilities, including $850 million of long-term debt. With $2.96 billion in assets the liability-to-asset ratio is 46%. Given that PTEN is a contract driller it is no surprise the bulk of its assets–$2.33 billion-is in property and equipment.

The company pays a $0.16/share dividend for a 1.2% yield. It just raised this dividend based on improved cash flow.

Average analyst rating is a 2.1, or “buy,” from twenty-eight analysts.

However, some of these passive index investment companies have become activists. It is possible the tenets of their activism may not align with long-term profitability for other public shareholders. For example, Blackrock, Vanguard, and Macquarie are signatories to the Glasgow Financial Alliance for Net Zero, a group that manages $57 trillion in assets worldwide and which advocates limiting hydrocarbon investment.

Blackrock, which has a 16% stake in Patterson-UTI, manages $10 trillion. Its CEO has slightly modulated his stance from hydrocarbon companies resembling “a bad bank portfolio” to holding them short term until the transition to net zero is complete.

Patterson-UTI is exposed to increases in costs due to inflation as well as personnel and logistics shortages.

Its activity is a function of both oil and gas prices as well as the intensity of drilling at any given price level, both of which can fluctuate dramatically.

PTEN can be affected by changes in regulation (political risk) from hydrocarbon-unfriendly federal and state governments whose actions have ranged from slow-walking or canceling pipeline permits to preferring renewable energy for electrical generation to saddling project analyses with unmeasurable upstream and downstream emissions.

As is evident from the high beta, contract drillers are the sharp end of the spear-either needed much or little depending on prices. So potential investors should keep that dependence well in mind.

While I do not recommend the company to dividend hunters, I do recommend Patterson-UTI to investors seeking capital appreciation in oilfield service stocks.