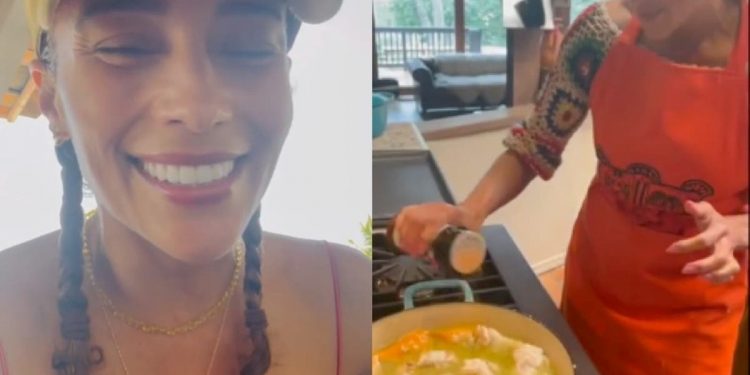 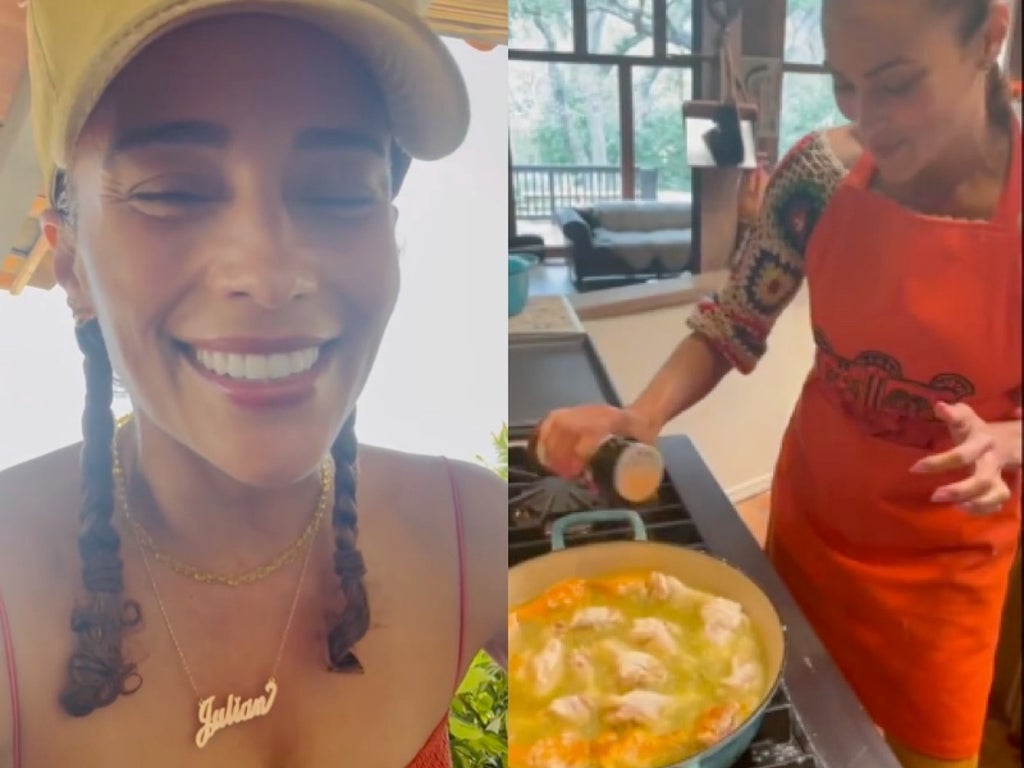 Paula Patton has responded to criticism of her fried chicken recipe after she faced backlash over the “horrible” cooking tutorial.

The actor, 46, shared the video tutorial for her mother’s fried chicken recipe to her Instagram in March, however, it recently went viral on Twitter and TikTok after her cooking methods, such as seasoning the chicken while it was already frying in oil, confounded viewers.

“Somebody please go teach Paula Patton to make fried chicken. She seems so nice, I just want better for her,” one person said, while another wrote: “Paula Patton out here seasoning grease. You really hate to see it.”

The 2 Guns star has since addressed the concerns and comments in a video posted to her Instagram, in which she revealed that she’d woken up to the news that her fried chicken tutorial had gone viral.

“I was like: ‘Oh no! What?’” Patton said, before continuing: “But that’s okay! I just wanted to respond and say listen, it might look crazy, it is the way we do it, my mom taught me, it is my mom’s recipe.”

Patton then addressed one of the criticisms she faced about washing the chicken, with the actor noting that she does “believe” in washing the poultry, despite guidance suggesting that doing so can spread germs to other parts of the kitchen.

However, according to Patton, she received backlash from viewers who accused her of not washing the raw chicken long enough. “I do believe in washing the chicken, and maybe the way the video was edited, it looks like I don’t wash it long enough, but I definitely do because I feed it to my son, and I fed it to his whole school,” she said, referring to the 12-year-old son she shares with ex-husband Robin Thicke. “That batch I made, I made it for his school.”

Patton then acknowledged that she hasn’t let the criticism bother her because “everybody has got their own way of making things”.

“I’ll take suggestions and make a new kind of fried chicken, but I’m going to always make my mom’s chicken the way that she did it,” Patton told viewers. “We put the seasoning in the oil and all that, it’s just the way we do it. But that’s all good.”

Patton concluded the video adding that she wanted to send her fans and viewers love and noting that she “appreciated” the comments. “This is just an old family recipe and that’s how we do it, but it’s all good so you all have a wonderful Tuesday, sending you all love,” she added.

While Patton turned off comments under the post, she captioned the video: “Peace, love and fried chicken.”

On social media, people applauded Patton’s handling of the situation, with many praising the actor for her positive and gracious response.

“I’m sorry [I don’t give a f**] how she fry chicken, I love Paula Patton. Even her response radiated positive energy,” one person wrote. “She’s one of my favs so she can do wtf she wants.”

According to another fan, the actor’s response to the criticism showed her “genuineness”. “I love Paula Patton’s response. Like everything about it. The positive genuineness… just exudes something to strive for,” they wrote.

Others claimed that Patton’s response was “perfect,” while another person said that she’d “set the social media response standard”.

Essential Politics: Why Republicans won’t back Judge Jackson, despite her popularity