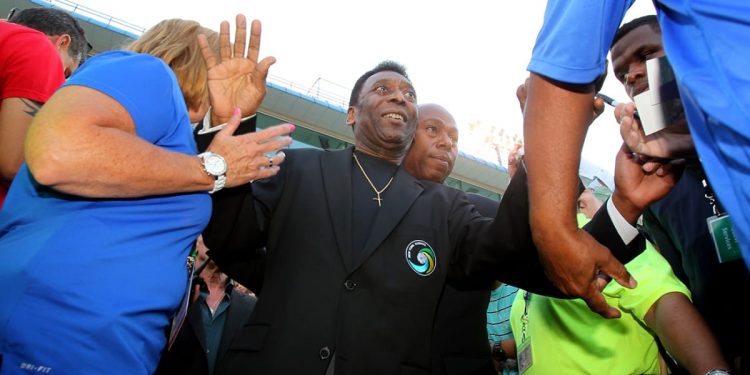 It’s been over 45 years since Pelé played his last professional match, but the Brazilian superstar’s legacy is still well-known today. The latest indication of that is the price tag of his rookie card, which became soccer’s first to sell for $1 million.

According to Dan Hajducky of ESPN, fractional ownership company Rally Rd. will finalize the sale of a 1958 Alifabologet #635 Pelé rookie card for $1.33 million. The deal is expected to get done as early as Monday.

“Soccer has gotten a lot of attention recently and this particular card has broken the record of ‘most expensive soccer card’ a couple of times,” Rob Petrozzo, chief product officer and co-founder of Rally Rd, told ESPN. “It was issued during the 1958 World Cup campaign, the true Pelé rookie, none graded higher: It’s kind of a holy grail for [soccer] cards.”

According to ESPN, the rookie card is one of only six Pelé cards of this kind that have received at least a nine grade (out of 10) by card grader PSA. Last November, collectables marketplace Goldin sold another PSA 9 copy of the Pelé rookie for $900,000, which at the time was a record for the sport. Now, soccer cards have a new benchmark to meet, well over the $1 million threshold.

“It was once such a counterculture, under-the-radar sport compared to football and basketball [in collecting],” Petrozzo told ESPN. “For soccer to hit a million dollars, it’s a really important milestone and benchmark for the space.”

In 1958, when the card was made, Pelé was a 17-year-old breakout star who had just made his debut for Brazil in the World Cup. He won the tournament’s best young player award and helped carry the country to its first World Cup title.

Pelé would go on to win two more World Cups with Brazil in 1962 and ’70. To this day, he remains the only player to have won three World Cup titles and one of only two players to have scored in four World Cup competitions.