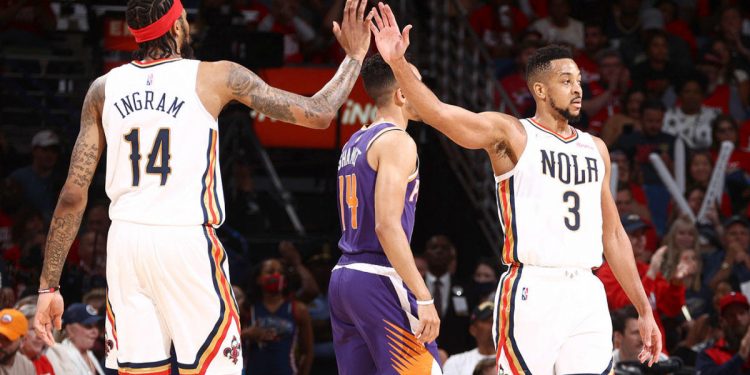 The New Orleans Pelicans defended home court on Sunday night, pulling away from the Phoenix Suns for a 118-103 victory in Game 4 of their first-round series. Now all tied at 2-2, the series will shift back to Phoenix for a pivotal Game 5 on Tuesday night.

Just as he has all series, Brandon Ingram led the way for the Pelicans, finishing with 30 points, four rebounds and five assists. He was particularly influential in the game-changing third quarter, scoring 18 points as the Pelicans turned a halftime deficit into a double-digit lead. The Pels never trailed again, and pulled away in the middle of the fourth quarter with an energetic run led by the defense of rookies Herb Jones and Jose Alvarado. They also got a big night from Jonas Valanciunas, who went for 26 points, 15 rebounds and four assists.

Deandre Ayton had 23 points for the Suns, while JaVale McGee added 14 off the bench on a perfect 7-of-7 shooting performance. Those two being the leading scorers is never a good sign for the Suns, though, and they just didn’t have enough offense in this game with Devin Booker still sidelined with a hamstring injury.

Brandon Ingram had never played in a playoff game prior to this season, a fact he made not of following the team’s play-in victory over the Los Angeles Clippers to clinch the No. 8 seed.

He’s taken that chance and then some. On Sunday night he put together another strong performance, finishing with 30 points, four rebounds and five assists for his third straight 30-point game in this series. He is the first player in Pelicans franchise history to accomplish that feat.

After the Pelicans went cold at the end of the first half and gave up the lead, Ingram set the tone coming out of the break. He either scored or assisted on five straight baskets to start the third quarter, putting the Pelicans back in front for good. Later on, he threw down a huge driving dunk that was the highlight of an 18-point frame.

This was a bit of a disappointing regular season for Ingram, as injuries limited him to just 55 games. Now that he’s fully healthy, he’s showing why he’s a potential perennial All-Star. If he keeps playing at this level, the Pelicans have a real shot to steal this series.

Jones and Alvarado put on a defensive clinic

Pelicans rookies Herb Jones (second-round pick) and Jose Alvarado (undrafted) weren’t household names coming into the playoffs, but the duo has earned plenty of recognition over the first four games. Sunday night’s Game 4 was the crowning achievement to this point, as they harassed the Suns all night long and led a key charge in the fourth quarter to help the Pels pull away.

In the span of a few minutes, Jones blocked a 3-pointer by Mikal Bridges — an astounding display of athleticism and timing — Alvarado forced an eight-second call on Chris Paul and Jones stole a pass in the backcourt before driving in for an and-one on a flagrant foul by Paul. A seven-point lead turned into a 14-point lead and that was the ball game.

Late in the fourth, Alvarado put a bow on things by finally getting one of his signature sneaky steals on Paul. The veteran notably waved Alvarado away when he tried to pull the move earlier in the series, but he let his guard down late in this game. Alvarado poked the ball away, and in fitting fashion it found its way to Jones for a layup.

No fourth-quarter magic from Paul

Twice in this series we’ve seen Chris Paul take over the game in the fourth quarter, leading the Suns to wins in Games 1 and 3 with clinical execution down the stretch. His poise and shotmaking in Game 3, in particular, was Hall of Fame stuff, as he put in 19 points and either scored or assisted on nine of the Suns’ 11 baskets in the frame.

There was no such magic on Sunday. In fact, Paul had one of the worst postseason performances of his career, finishing with just four points on 2 of 8 from the field and 11 assists. His four points, 25 percent field goal percentage, zero 3-point makes and zero free throws were all either the worst or tied for the worst in his playoff career. There were also some uncharacteristic lapses down the stretch, as he was called for eight seconds and got stripped by Alvarado on his trademark sneaky steal.

With Devin Booker still sidelined with a hamstring injury, the Suns simply cannot afford these type of nights from Paul. He doesn’t have to start trying to put up 25-30 per game, but he’s one of the few players they have who can consistently create his own shot and they do need him to pick up even more of the offensive burden if they want to beat this pesky Pelicans team. 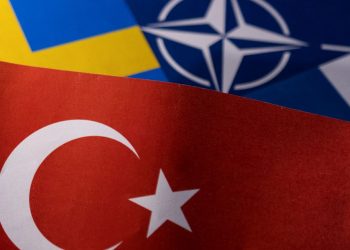