People are nostalgic over a yearbook featuring classic 2010 hairstyles 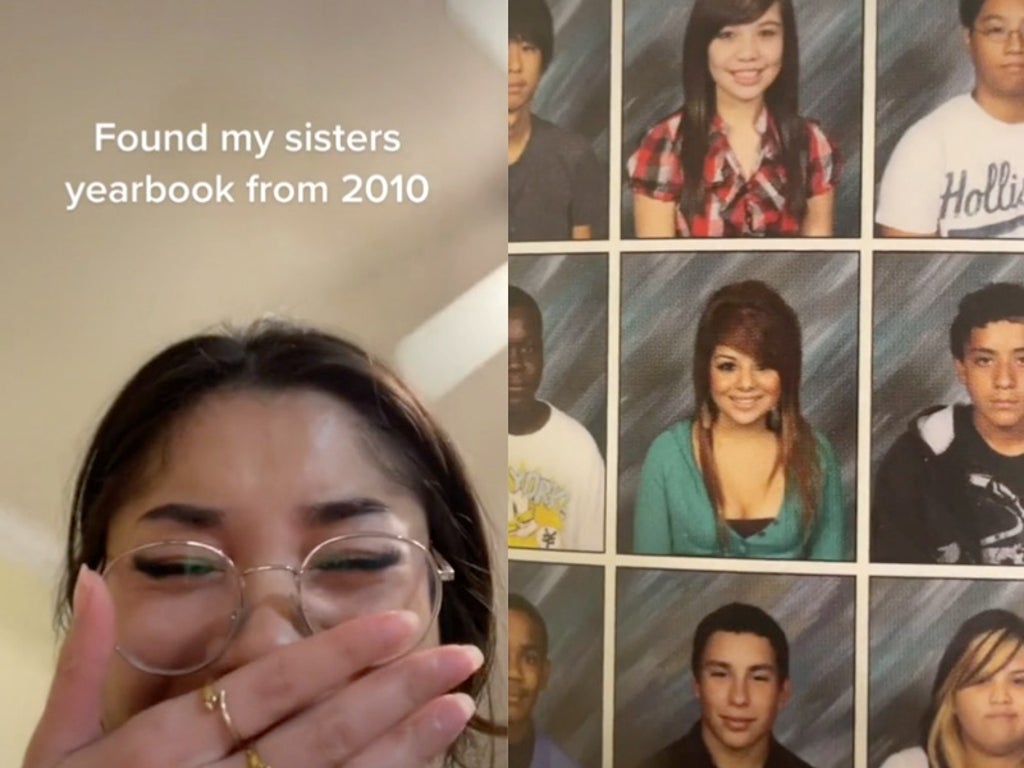 A lot can change in 10 years, with the once-fashionable trends of 2010 rarely worn by people today. Chunky belts, patterned scarves, and boho headbands were just some of the bizarre fashion trends from 2010. But perhaps the most long lasting, and the most iconic, trend of all was the emo hairstyle.

A TikToker, who goes by the username @chanlynklay, took a walk down memory lane when she discovered her older sister’s yearbook from 2010. In the video, she flips through page after page of former students with black jagged layers, bleached streaks, and severe side parts. The TikTok received more than eight million views from people reminiscing about the iconic hairstyle, and wondering what trend people will jokingly look back on from today.

“The way I wanted to be them when I was a kid,” commented one user.

“The side bangs had a chokehold on everyone,” said someone else.

“Honestly who wasn’t emo in 2010!!!,” said a TikToker. “All the cool people went through that phase at some point.”

Others made strong cases for bringing this hairstyle back to life. “That was when life was at its peak,” said one person, while another wrote, “We need to bring this back.”

“THE BEST HIGH SCHOOL YEARS,” commented someone else. “We had the internet but weren’t addicted yet.”

“Our yearbooks are gonna be full of septums,” noted one person. “Not Gen Z coming for millennials when all they wanna look like is K-pop stars or Kim Kardashian,” commented another.

“I can’t believe I’m at the age where people are ‘looking back’ at my year,” a TikToker said.

Emo subculture has had many waves throughout the 1980s and 90s, but the emo we’ve come to know and love was born from the 2000’s pop-punk music genre, and grew into its own counterculture with the start of websites like MySpace. Now, it seems emo might be making a comeback.

NYLON reported that side-swept bangs are 2022’s hottest hair trend, and even Billie Eilish sported a black banged bob to the 2022 Oscars ceremony. Gen Z most recently created their own version of the signature emo streak, by dying the two front pieces of their hair contrasting hues, dubbed “e-girl” hair.

Trends come and go, but “RAWR XD” is forever.

Palin files paperwork to run in Alaska US House race

A taste of famous Venezuelan...

It’s cheaper to buy a home than rent in Baltimore