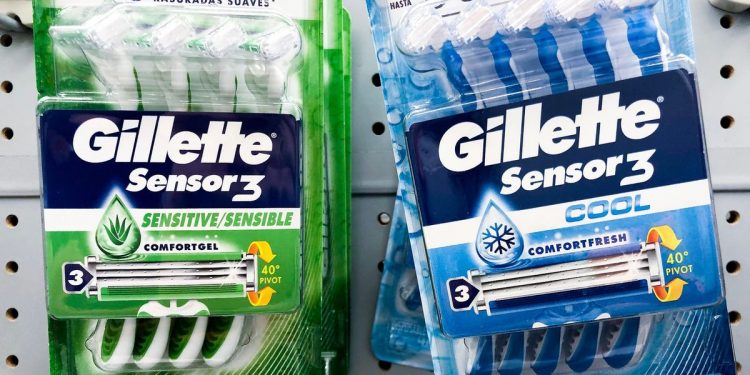 
Gillette is a popular American brand that most shoppers around the world would know about.

Now eagle-eyed shoppers have just noticed something hidden in its logo – and they can’t get over it.

So have you noticed the small angular line in the letters G and I?

Well it seems the diagonal line is there as it delivers the subliminal message that the products sold are sharp.

Although there was a dot above the letter “I” until 2009 when it was removed according to Logos World.

The experts said with the smooth cut on the lettering it emphasised “the impeccable sharpness of razors”.

They added: “The developers redesigned the ‘i’: they removed the round dot and added an asymmetrically cut square.

“So with a smooth cut, they emphasised the impeccable sharpness of razors.

“An ‘accidental’ notch also appeared at the letter ‘G’: the lower right part seemed to be accidentally hit by the blade.

“This happens when you accidentally cut your fingertip with a well-sharpened razor.”

Gillette’s branding has evolved since its first emblem almost 120 years ago, and it has had several evolutions over the decades.

The first logo featured the brand name with an arrow through each letter as another link to the sharpness of razors.

Since 2009 the Gillette logo has remained the same in the one that we use today.

It comes after people started realising why Heinz tomato ketchup has a number above the label.

You might have noticed that on a glass bottle of the red sauce there is a number 57 above the label, just below the neck.

It turns out the number is also strategically placed for an important reason.

Russian use of ‘indiscriminate’ firepower raises fears for civilians