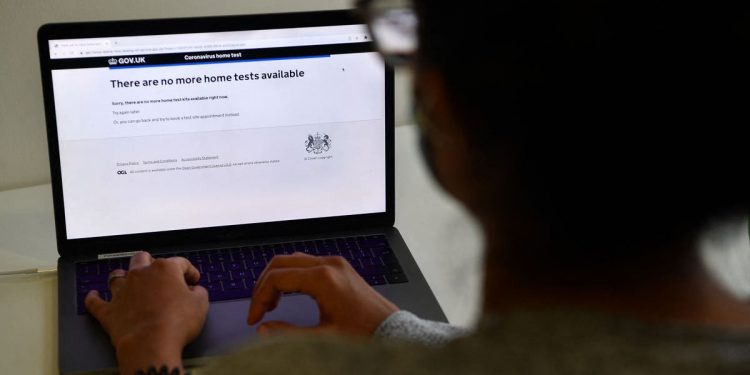 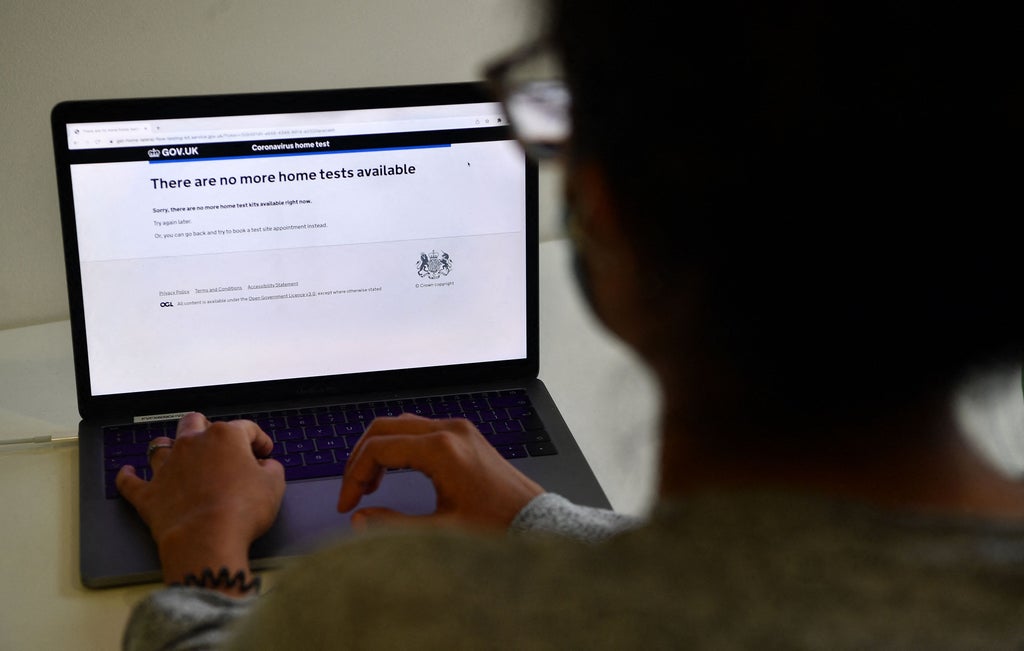 Today, 31 March, is the last day free lateral flow tests will be universally available for those living in England and Wales.

The controversial decision to put an end to free testing comes as Covid infection rates surge to some of the highest seen since the pandemic began.

From 1 April, only care home residents, hospital patients and other vulnerable groups will be issued with free tests if they have symptoms.

The change is part of Boris Johnson’s Living with Covid plan, which has also seen the legal requirement to self-isolate after testing positive be scrapped.

Northern Ireland is expected to follow suit on 22 April, with Scotland anticipated to end free tests from the end of the month.

Over the last few weeks, people have scrambled to get their hands on free lateral flow tests, with supply outstripping demand.

On social media, users have spoken about their struggle to access the free tests before the deadline.

“Been seeing this message for the last three days. There’s not a chance of getting any more free tests, is there?” wrote one user with a screenshot from the government website with the words “Sorry, there are no more home delivery slots for these tests right now.”

Another user lamented the high price of the tests, writing: “Does anyone know if there will be a website you can buy them as the cheapest I can find is £32 for 10! I will keep testing for when I see my parents so I do need some!”

“£12 for a pack of five lateral flow tests from Boots – will anyone bother? £17 if you actually want to report the results,” wrote another.

“I simply cannot afford to,” one person responded. “If it’s a three-way choice between heat, eat or test I’ve got the option of one choice, as do many thousands of others.”

One user noted that the tests were never free in the first place. “Also the government paid for these tests with tax payers money. WE’VE ALREADY PAID FOR THEM, THEY WERE NEVER FREE!”

One clinically extremely vulnerable (CEV) user also reported struggling to get their hands on free tests. “I am known to http://Gov.uk as a CEV person & yet there have been no free LFTs online all week! I can’t go out looking for tests in pharmacies! Update the guidance NOW. I’m anxious enough having to live with the aftermath of A.L.L. [a blood cancer]! CEV & their families NEED free tests!”

The decision to remove free testing has been widely criticised by experts.

Professor Christina Pagel, a professor of operational research at University College London said the public could not be expected to exercise individual responsibility without access to free tests.

How I Quit Smoking

How I Quit Smoking