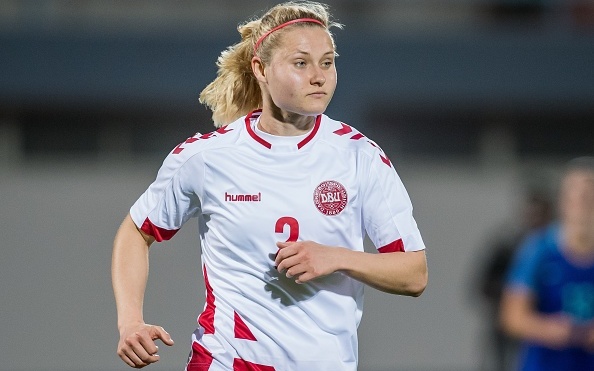 Perth were quick out of the gate this year in their squad rebuild after their 2020-21 W-League last place finish. The club started signing players for this 2021-22 campaign three days after the last one ended.

They have done a good job building a team for the long term, by signing a number of young promising players including several to multi-year contract.  However, they added more experience in the last week with the signing of two veteran players and another with impressive playing time abroad.

Their first signing was Sadie Lawrence.  The 28-year-old midfielder first appeared for the Glory in the 2009-10 campaign and stayed with the club for two more years.

The introduction of the NPL WA women’s last season, in which Lawrence played for the Murdoch University Melville team, reignited her chances at returning to the Glory.

Her exploit’s in this year’s competition saw her make 22 appearances and score 10 goals for Murdoch.  The team won the regular season Premiership with 17 wins, 2 draws and 2 defeats.  Lawrence most recently captained the side in their Grand Final win on Saturday, September 18, 2021.

Speaking of the opportunity to return to Perth Glory for the upcoming campaign Lawrence stated to Perth’s website: “To be back playing for Glory is something that I’ve wanted for such a long time,” she said, “and I couldn’t be happier or more grateful to have this opportunity.”

Her new Head Coach Alex Epakis added: “She has previously represented the club very proudly and will add a further level of depth and quality to our spine this year.

“I have been watching the NPLW WA very closely this season and she has been a consistent standout player. I believe she has the mind-set and leadership qualities to be a really valued member of our squad.”

Sadie’s back in purple! 💜
It’s a very warm welcome to in-form midfielder Sadie Lawrence as she signs up for a second spell with her home-state club.
Details here: https://t.co/cpEdorUQZV@WLeague #OneGlory pic.twitter.com/XIF3uuHIUd

After adding this returned veteran talent to the team Epakis and the Glory were able to lure Danish international Mie Leth Jans to Australia. The defender has previously played with Danish sides Brøndby and BSF, English side Manchester City and Swedish side FC Rosengard.

Leth Jans also has extensive international experience, having first made her international senior debut in 2013, getting 26 international caps and participating in the silver winning 2017 UEFA Women’s Euro danish side.

She is currently playing in the same team as Clare Polkinghorne, Vittsjö GIK, with whom she has been since last year.  Until recently she was also a teammate of Emily Gielnik who has since gone to Aston Villa.

Leth Jans has featured 15 times for the Damallsvenskan side this year, most recently starting on September 11, 2021. The Swedish league has completed 16 of their 22 match days with the season scheduled to conclude in the first week of November.  The W-League is scheduled to begin mid-November.

Speaking of her motivation to come to Australia to the Perth Glory website Leth Jans said:

“I’m delighted to be joining the club which I’ve heard many good things about from my Australian friends.  After I spoke to Alex Epakis, I was convinced this was the right place for me to go to next on my journey.”

“The club and I are certainly extremely pleased to have Mie join us for the upcoming season,” he said. “Her playing record and resume speaks volumes of the type of character and player she is.  She has an immense amount of experience at both world-class club level and international level.

“My initial interactions with Mie painted a very clear picture; she is a leader, she is determined and she is a pure professional.  She will no doubt play a critical part in our squad this season and I think everyone associated with Glory and the W-League should be excited to have someone of Mie’s calibre in the competition this year.”

The veteran player is most often used as a centre-back, but has also been utilized in midfield.

The most recent addition to the Perth side is Cyera Hintzen.  The 23-year-old American started her senior soccer career at the University of Texas, Austin where she won several awards including being placed on the MAC Hermann Trophy’s watch list, the highest individual trophy for collegiate soccer players in America.

Hintzen got drafted by National Women’s Soccer League side the Utah Royals in 2020. She joined the team’s preseason but due to the cancelled season was not signed.  She joined Kansas City NWSL in 2021 and was added to the team as a non-roster invitee.

Hintzen then left the United States in June and joined Icelandic side Valur.  She made 13 appearances with the team, finding the back of the net six times.  Two of those games and goals were in the UEFA Women’s Champions first round of group stage qualification against Zürich and Hoffenheim.

While Valur did not not qualify for this year’s Champions League they did go on to win the Úrvalsdeild, the Icelandic league.

Speaking of her addition to the squad Epakis said: “Cyera is a blockbuster player,” he said. “She is an explosive poacher and her scoring ability in various scenarios is of an elite level. She has a proven record at Champions League level and is certainly going to make her mark as one of the most exciting attackers in the competition.

“I had been tracking Cyera for a number of months, both in the US and more recently in Europe and I am confident she will be a hit. She is very focused on having a great season with the club and has all the attributes to be a real success.”

Super Cyera Signs!
The exciting US striker is on board for the @WLeague 2021/22 Season.
Get all the details about our new recruit here: https://t.co/2C4lGymChe
And don’t forget to grab your bargain @WLeague Membership here: https://t.co/SCpS7fCL3G#OneGlory pic.twitter.com/LeB2AuN0Ls

Booster jab rollout: What you need to know

As Rolovich spoke by video, he began by extolling his strength coach, reeling in the news of a player...

The last time Andrey Rublev competed at the VTB Kremlin Cup, he lifted the trophy as the sixth seed....

On DAZN, ex-Premier League referee Dermot Gallagher touted McCarthur as 'extremely lucky' to escape being sent off by Dean."It's...

Australia's national team players are used to long journeys.  Playing in the Asian Football Confederation by its nature requires...

Liverpool boss Jurgen Klopp said Mohamed Salah would "finally get recognition" if he wins this year's Ballon d'Or, but...