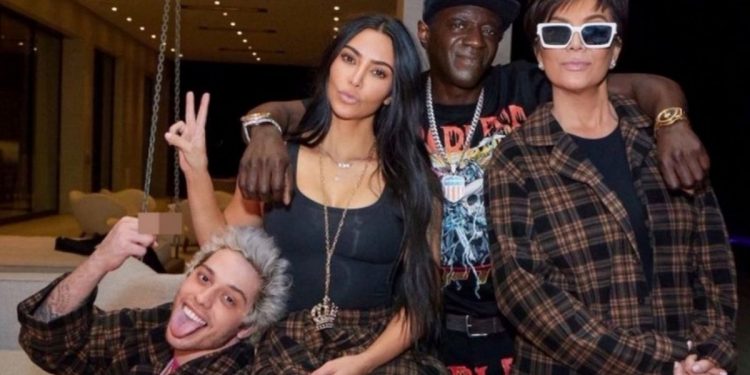 
Pete Davidson reportedly lavished girlfriend Kim Kardashian with gifts by renting out the top floor of a luxury New York hotel on Valentines.

It comes after Kim’s ex Kanye West let rip at the comedian, 28, in a string of furious, now-deleted posts on Instagram in which he called him a “d***head” and accused him of ruining his family.

The rapper, 44, went on to deliver a truck full of red roses to Kim in a bid to impress her on Valentine’s Day.

According to Page Six, however, Pete rented out the top floor of the Carlyle Hotel for Kim, 41, and filled it with gifts and flowers.

But it seems as though Kanye is feeling remorseful in regards to his Insta rants at the weekend and has now issued an apology to Kim.

While attending the Super Bowl with his children, Kanye found himself at the centre of scrutiny after he was booed by thousands of fans after his social media rant.

Kanye has now deleted all of his posts, including those declaring that he will bring his family back together again, and shared another contemplating on his actions over the last few days.

He wrote: “I’ve learned that using all caps makes people feel like I’m screaming at them. I’m working on my communication. I can benefit from a team of creative professionals, organizers, mobilizers and community leaders.

“Thank everybody for supporting me. I know sharing screen shots was jarring and came off as harassing Kim. I take accountability. I’m still learning in real time. I don’t have all the answers. To be good leader is to be a good listener.”

The rapper was recently forced to tell his fans not to “hurt” Pete after sharing a private message between himself and Kim, in which she expresses her concern that the SNL comedian will be targeted.

He shared a pic of a man in a headlock and a text seemingly from Kim which read: “U are creating a dangerous and scary environment and someone will hurt Pete and this will all be your fault.”

He followed up the post by sharing several more snaps from his alleged conversation with Kim on her “other phone”.

The first saw Kim tell the father of her four kids “thank you” for his post regarding violence. The message then read: “There are dangerous people out there and this is scary and it doesn’t have to be.”

Kanye’s response read: “I will always do everything to protect you and our family forever. And I listened to you and told everyone to make sure nothing physical happens to Skete.”

His next upload saw the number ask why he can’t keep their conversations private, to which he responded: “Cause I got a text from my favorite person in the world.