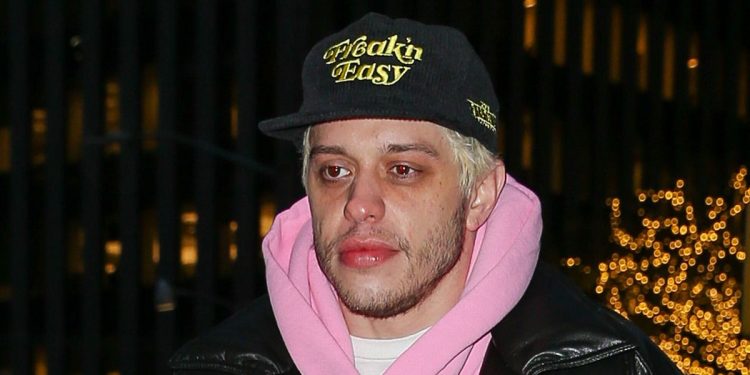 
Pete Davidson’s relationship with Kim Kardashian is going from strength to strength as he meets more of her family.

The comic, 28, and reality TV star, 41, have been dating for six months and he’s said to “fit right in” with the famous family.

While Pete and Kim had made sure they spent quality time together, Caitlyn Jenner has now revealed that she has been introduced to her stepdaughter’s new beau.

The former Olympian, 72, said Kim had to correct her for calling the SNL star “Peter” and explained how happy the SKIMS founder seems.

Speaking on the Full Send podcast Caitlyn said: “He was over here with Kim. To be honest with you he seemed like a very nice guy.”

She later reinforced her comments, adding: “He seems like a very, very nice guy but the best part was… honestly, Kim seemed so happy. And that’s my number one concern.”

The words came as pictures showed Pete had been introduced to Kim’s kids this week too.

Pete had been subjected to a barrage of abuse in recent months from Kim’s ex Kanye West on social media and had been told by the rapper, 44, he’d never get to meet the pair’s four kids, North, 8, Saint, 6, Chicago, 4, and Psalm, 2.

But now a source has told People that Pete has certainly been accepted by the family.

They told the publication: “Pete still spends a lot of time in Los Angeles with Kim. He is crazy about her. And she is very happy that he is around so much.

“Pete fits right in with Kim’s family. They all love him.”

Kim had also opened up on her new relationship during a chat with ABC’s Robin Roberts.

She said: “I am a relationship kind of girl, for sure, and I wouldn’t be with someone if I didn’t plan on spending a lot of my time with them.

“Obviously, I want to take my time, but I’m very happy and very content. And, it’s such a good feeling just to be at peace.”

During the chat, Kim’s mum – and manager – Kris Jenner also called Pete a “really nice guy” while Khloe Kardashian gushed how much the comedian made Kim laugh.

Pete has also been seen hanging around with Kourtney Kardashian’s ex Scott Disick, who is still a big part of the family.

In a jokey Instagram post seemingly by Pete on Scott’s personal page, the pair were seen enjoying a “wild night”.