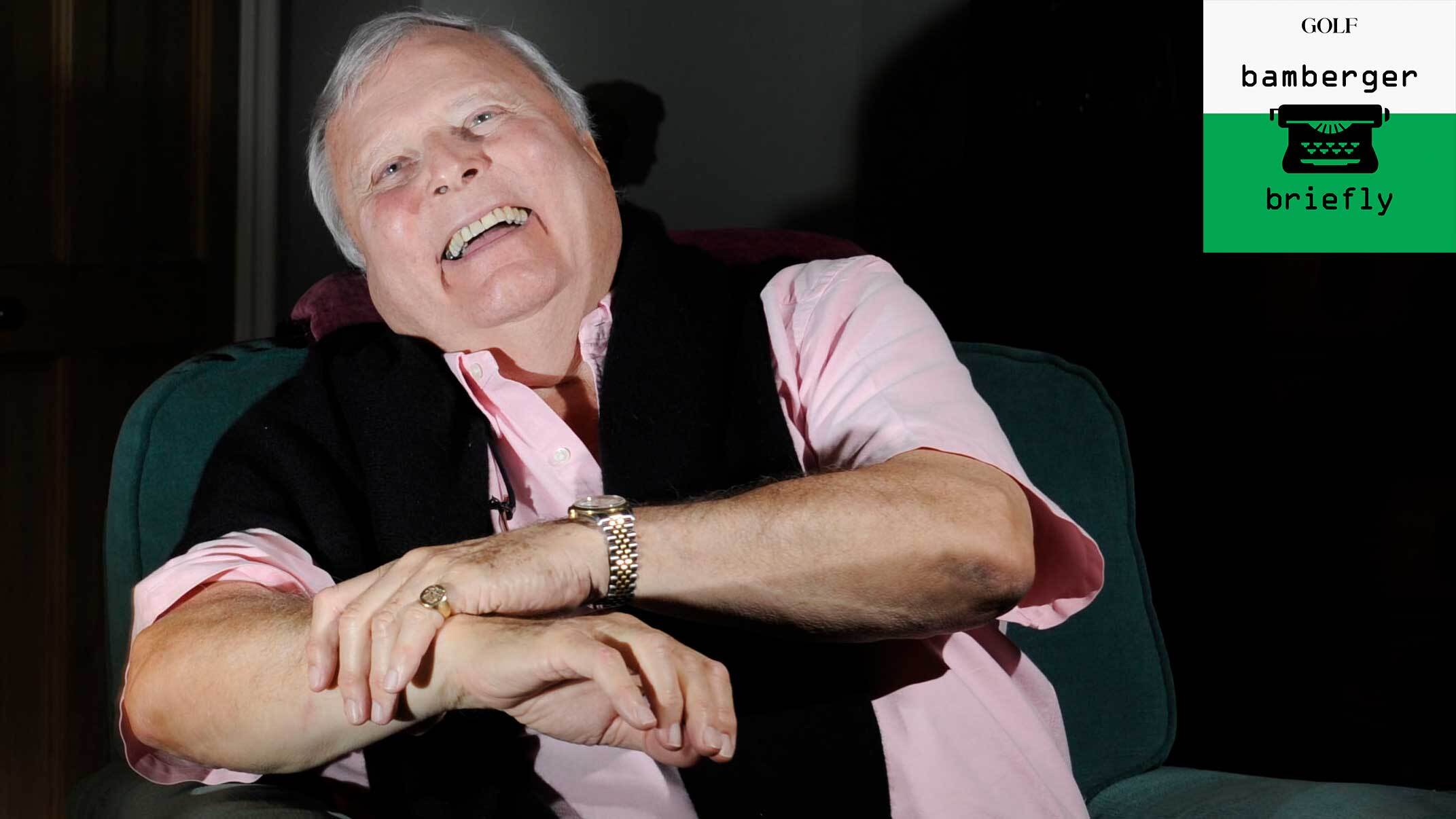 Peter Alliss was beloved the world over.

The tributes to the golf commentator Peter Alliss, who died on Saturday in England at age 89, came from across the English-speaking, golf-loving world. The comments, considered collectively, double as broad commentary: people love an original. Peter Alliss was an original.

There were tributes from Nick Faldo, his fellow Englishman. From Judy Rankin, from these United States. From the Irishman Padraig Harrington. From Frank Nobilo, native New Zealander. From many others. Alliss traveled the world and reached the world.

He was particularly associated with the British Open, the winner of which is hailed each July as “the champion golfer of the year.” Golf’s Mr. Universe. It’s some title, and it’s fitting that the worldly Alliss is so associated with the event. He was a perfect companion, even through the magic of TV, for those long days when the world turns its attention to golf in its original form, on links courses.

The only time I sat with him, in a TV compound in England in 1991, he talked about the greatness of the Open, played each year, he said memorably, “in sight and sound of the sea.” He wasn’t trying. That’s just how he talked.

It’s a grand phrase, and every year, when I am lucky enough to go to the Open, I think of how it’s not really true. You often can’t see the sea. You can never hear it. But the phrase does what Alliss wanted it to do. It transported you. All his commentary was essentially that: Wish you were here! In the meantime, pour yourself a cup.

Alliss, as player and broadcaster, won or received all manner of medals and honors. Just last year, at Jack Nicklaus’ Memorial Tournament, Alliss was given an award for his work in golf journalism. Nicklaus first bestowed a journalism award in 1982, when the Englishman Henry Longhurst was honored. Longhurst was the Ben Hogan of broadcasters, spectacularly efficient. Alliss was its Lee Trevino. Alliss succeeded Longhurst as the lead golf commentator for the BBC. Golf-on-TV has had two royal figures: Prince Henry and Prince Peter.

One of them was funny. In a piece the other day, Adam Schupak of Golfweek recalled this moment from last year’s Memorial ceremony. It came in a video tribute to Alliss, and the man telling the story is Clive Clark, a British golf commentator:

“I remember someone asking Peter, ‘What’s the finest shot you’ve ever seen?’

“He immediately replied, ‘I was playing in the Ryder Cup at El Dorado in Indian Wells in 1959 and I was 1 down playing the 18th hole in a singles match against Jay Hebert. The last hole is a par-5 with a frightening amount of water down the right side and guarding the green. I blistered a 3-wood to within six yards of the pin.’

“An observer asked Peter, ‘So, is that the finest golf shot you’ve ever seen?’

“To which Peter replied, ‘No. Jay was a few yards ahead of me and proceeded to hit a fat 2-iron into the lake. That was the finest golf shot I’ve ever seen!’”

The match was halved. In the story, and in real life, too.

Peter was a golfing celebrity, but his stories were most often about other people. That’s one of the reasons why you never tired of listening to him. In his stories, he might have been a participant, or not. But it was never I-I-I. He observed the game and the people who played it and how they played it and who they were. There’s not much of that today. We’re too focused on strokes gained colon. For Peter, nonchalance was an art form.

When I went to see him, in 1991, I asked him if he could point me to a Scottish golf teacher. I was looking for a teacher who could strip me of my American golfing ways and help me start over. My old ways weren’t working.

Alliss pointed me to John Stark of the Crieff Golf Club in the southernmost part of the Scottish Highlands with these words:

“He teaches no two people the same way, and he knows the game from the outside and the inside. He’s a mystic, something of a recluse, and if you can get him to take you on, you’ll be lucky indeed.”

Alliss knew the game from the inside and the out. He was not a mystic. He was not a recluse. He enriched our lives, while simply leading his.

Michael Bamberger writes for GOLF Magazine and contributes to GOLF.com. He also participates in podcasts, primarily in tandem with Alan Shipnuck. Earlier in his career, he was a senior writer for Sports Illustrated for 23 years and a reporter on The Philadelphia Inquirer for nine years before that. He has written a half-dozen books about golf and other subjects. His magazine work has been featured in multiple editions of The Best American Sports Writing. He holds a U.S. patent on a utility golf club called the E-Club. In 2016, he was given the Donald Ross Award by the American Society of Golf Course Architects, the organization’s highest honor.

Plastic Waste May Pave the Roads of Singapore Soon

Post-lockdown plans: The top 30 things Britons are most excited to see again soon

Plastic Waste May Pave the Roads of Singapore Soon