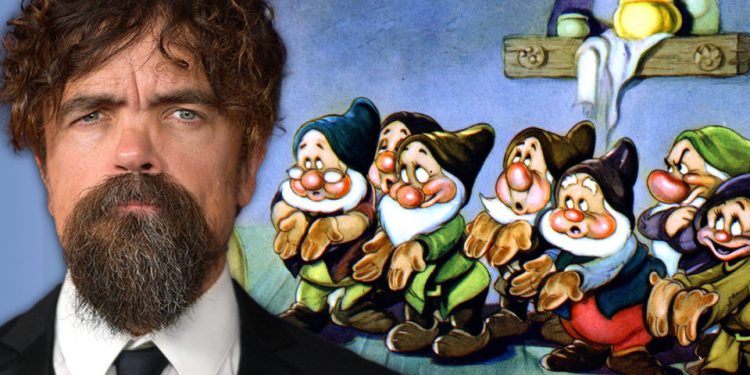 
Game of Thrones star Peter Dinklage has skewered Disney’s live-action remake of Snow White and The Seven Dwarfs for being “backward”.

The movie is a remake of Disney’s animated film from 1937 inspired by the Brothers Grimm story.

Disney’s move was pitched and celebrated as a progressive win for fans eager to see something different.

But Dinklage, who has a form of dwarfism known as achondroplasia, has accused Disney of double standards.

Hypocrisy in the industry

While appearing on the WTF podcast with podcast host Marc Maron to speak about his new film Cyrano, Dinklage spoke of his “front row seat” to the hypocrisy in the industry.

Asked for an example, the actor said he was a little taken aback by how Disney announced Zegler’s casting in the titular role.

“They were very proud to cast a Latino actress as Snow White, but you’re still telling the story of Snow White and The Seven Dwarfs,” Dinklage said.

“Take a step back and look at what you’re doing there. That just makes no sense to me.”

“You’re progressive in one way, but you’re still making that f—ing backward story of seven dwarfs living in a cave together. What the f— are you doing, man?” Dinklage said.

Dinklage said that he is “all in” for a progressive spin on Snow White, but felt let down by Disney.

“Have I done nothing to advance the cause from my soap box?” he joked.

“I guess I’m not loud enough.”

Dinklage said that he has nothing but love and respect for Zegler, but had to point out the difference in treatment.

In 2012, Snow White and the Huntsman (unaffiliated with Disney) was criticised for casting average-size actors Nick Frost, Ray Winstone and Ian McShane as the dwarfs and digitally altering their faces to fit the part.

That version starred Kristen Stewart as the titular character and Chris Hemsworth as the Huntsman.

Like clockwork, Disney promptly issued a statement on Wednesday ensuring it is “taking a different approach with these seven characters and have been consulting with members of the dwarfism community.”

The spokesperson added that Disney looks forward to sharing more details as the film heads into production after a lengthy development period.

Director Marc Webb (500 Days of Summer, The Amazing Spider-Man) is behind the camera, with songwriting duo Benj Pasek and Justin Paul set to write new music for the film.

Their works include songs from La La Land and Dear Evan Hansen.

Along with the new songs, the remake will feature original tunes Heigh-Ho, Someday My Prince Will Come and Whistle While You Work.

Disney’s Snow White remake is bound to raise questions about if it will include the controversial non-consensual kiss from the original.

After Snow White is poisoned by the Evil Queen and falls into a coma, Prince Charming gives her a  “true love’s kiss” to break the spell.

Last May, Disneyland was criticised for including the kissing scene in its revamped Snow White ride with people asking if a non-consensual kiss should be exposed to children.

We’ll just have to wait and see how the kissing scene pans out in the remake.

Dinklage’s new film Cyrano is a reimagining of the classic tale of a heartbreaking love triangle. The musical has already received plenty of Oscar buzz ahead of the 2022 Academy Awards.