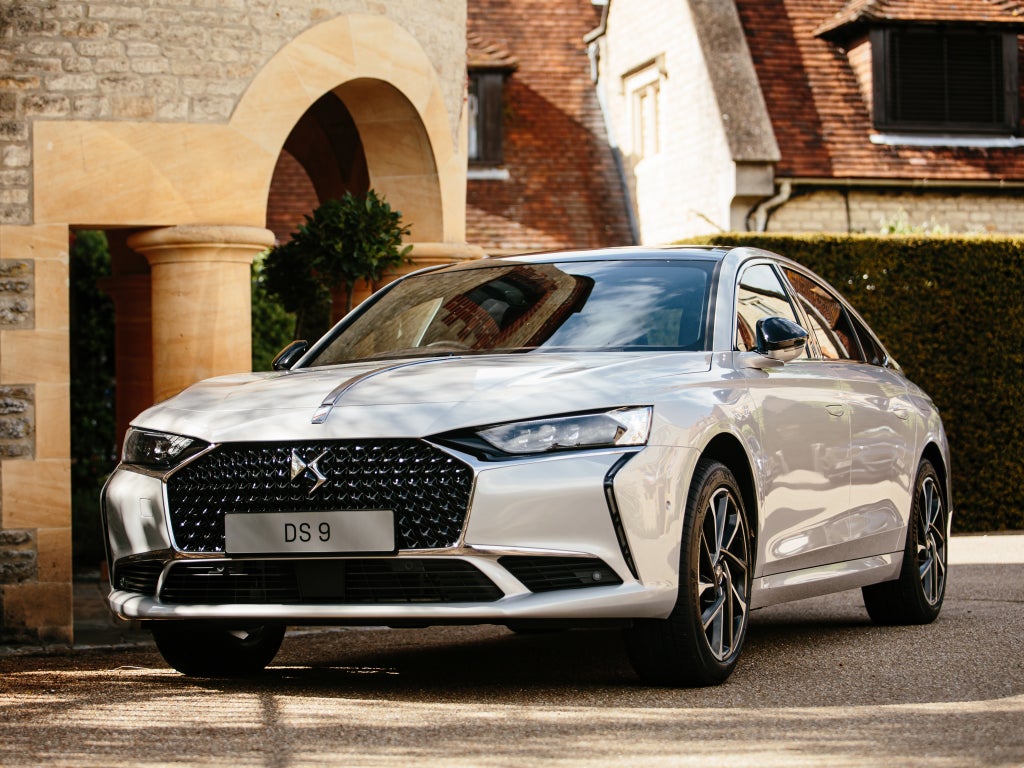 So, long story short, to begin with. The DS 9 is basically a rebadged, rebodied, longer-wheelbase version of the Peugeot 508 saloon, built in China and given the Peugeot Citroen group’s posh new DS label, and fitted out with nice luxury trim. It’s got four doors, no hatch, five seats, and – as a plush executive saloon with an emphasis on relaxed comfort – invites sedate motoring.

It’s a bit cheaper than its mainstream rivals, the famous German “big three” that dominate the market, but if history is anything to go by it’ll be worth less when the time comes to change it. If it’s your money, you should buy a lightly used one when they come on stream later in the year, and if it’s someone else (or a company) paying the bills, then you shouldn’t need to worry anyway.

The low benefit-in-kind rating applicable to the plug-in hybrid version means you’ll be able to drive something “different” for the price of a bus pass (I exaggerate, of course, but it’s a lot of car for the money). A sign of the times, though, is that there’s no diesel option; an all-electric version may be with us in the coming years. It’s all front-wheel drive only for now, though a Quattro-style four-wheel drive version is rumoured.

Fully charged, the supplementary electric motor will take you about 30 miles on pure battery power (11.9kWh), which accounts for the unreal-looking 176mpg fuel economy. If you lived 15 miles away from work, say, then in theory you’d never need to buy any petrol for your petrol-electric hybrid. In the real world, though, many drivers rarely plug in their plug-in hybrid electric vehicles (PHEVs), and just cynically enjoy the remaining lower tax advantage. The battery, by the way, means the boot is rather shallow.

You can judge the looks from the images here, but you’d only be doing fair by the DS 9 if you wandered into a “DS Store”, as the group calls its showrooms, and looked at it first-hand – it has more presence “in the metal” than you see in the photographs. As a new brand, albeit taking inspiration from the famous Citroen DS of 1955, there wasn’t much “signature” styling or detailing for the designers to be constrained by, which means that they were able to let their imaginations run wild.

Except they didn’t, and went instead for a generic exec saloon look, a meld of elements from other makes. Thus the front is dominated by a trapezoid grille and zig-zag lightning, vaguely reminiscent of a Lexus; the side profile looks strikingly like an Audi; and the back end looks to have been heavily influenced by Mercedes-Benz. None of that is bad, of course, but it’s not going to turn many heads, and arguably is a missed opportunity to showcase some of that brave French automotive elan we’ve been missing in recent years.

Mind you, that’s not so true indoors, and the interior does live up to the DS brand’s ambition to be high fashion on wheels, the vehicle equivalent of Dior, Louis Vuitton or Moët. On the upmarket “Rivoli+” trim level you’re treated to extra-soft “watch strap” leather, alacantara (artificial suede) headlining, and “pearl” stitching. Add in a nice clock, and lots and lots of piano-black finishing, and it all works rather well. You and your passengers can enjoy a seat massage – including a special “cat’s paw” light pummelling, which is certainly a novelty.

Originating in and primarily aimed at the Chinese market, the emphasis throughout is on luxury as well as very generous leg and headroom all round. Maybe the DS 9 is actually short for “Deep Space Nine”. The screens and controls are all very familiar Peugeot/Citroen kit, and the technologically competent – and incompetent, actually – will be able to connect themselves to the world from their cabin (providing Fastly, whatever that is, doesn’t fall over).

If I wanted to criticise the DS 9, a bit gratuitously, I’d say the lozenge/diamond theme is a bit much at times; they obviously spent so much time trying to get the interior and exterior looking and feeling “right” that it ended up a bit fussy – and, if anything, over-detailed, like a salon full of French empire furniture and Lalique sculptures.

The Volvo V90 saloon – underrated as it happens – is on the other end of that spectrum, all Scandinavian cool and light wood, while the Audis and BMWs the DS is up against are the usual sombre affairs, with a strong sporty overtone. The Jaguar XF and Alfa Romeo Giulia are probably the closest real-world alternatives to the DS 9 for drivers looking for a change. If you’re not that interested in hustling down B-roads and want the kind of refinement traditionally associated with a big French saloon, then the DS 9 has the field to itself.