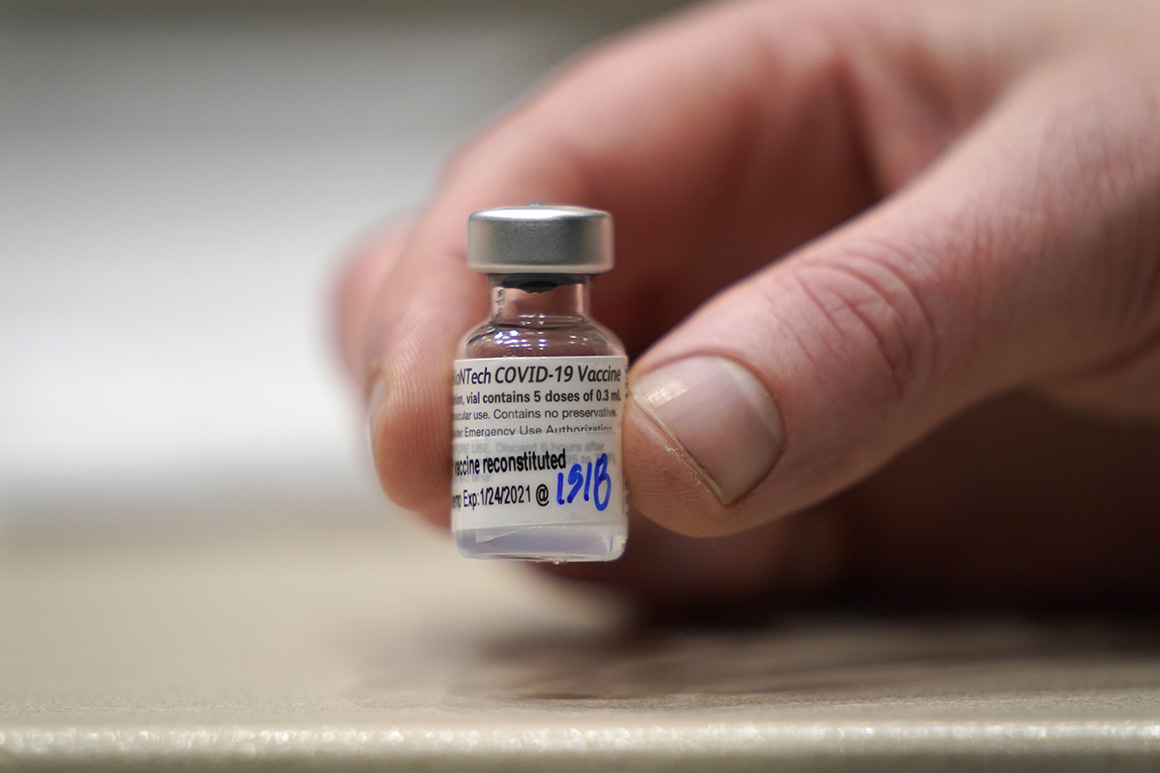 Why it matters: Pfizer said it will seek permission in the coming weeks from the Food and Drug Administration and the European Medicines Agency to market the vaccine for teens. That suggests at least one coronavirus vaccine could be available for younger teens before the start of the new school year in the fall.

Last week, the companies began a global study to test the vaccine in children ages 6 months to 11 years.

Background: The Pfizer-BioNTech vaccine is one of three authorized for use in adults in the United States, and the only one the FDA has permitted to be given to 16- and 17-year-olds.

FDA green-lighted use of the shot in December after a late-stage trial of 44,000 people age 16 and older found it to be 95 percent effective. A study released Monday by the Centers for Disease Control and Prevention showed the vaccine was 90 percent effective in a real-world setting — in this case, among health care personnel, first responders and other essential workers.

What’s next: Pfizer and BioNTech, which did not release detailed data from their teen study, also said they plan to submit their findings to a peer-reviewed scientific journal for publication.

The companies said their trial of children 11 and under would begin dosing participants in the 2-to-5-year-old range next week.