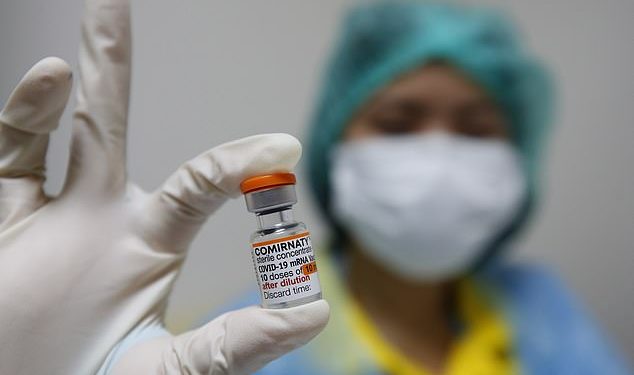 
The application for the Pfizer-BioNTech vaccine to be used in children aged six months to four years old has been delayed, the Food and Drug Administration announced Friday.

The company submitted the emergency use authorization application on February 1. It included data from the first two doses of the three-dose vaccine set to be used in younger children. A FDA advisory committee panel meeting to discuss the merits of the approval was scheduled for February 15

Data for a third shot was supposed to come in later, and the New York City based company planned to apply for authorization for the third shot at another time.

The FDA said Friday it was notified by Pfizer that the company had new data regarding the shot that was worthy of being included in the decision making process.

As a result, the February 15 meeting has been pushed back to an unknown date.

Despite the push from regulators to expand eligibility for the shots to include young children, the controversial move would make the U.S. the only nation to jab children under one years old for Covid.

Despite the push from regulators to expand eligibility for the shots to include young children, the controversial move would make the U.S. the only nation to jab children under one years old for Covid. 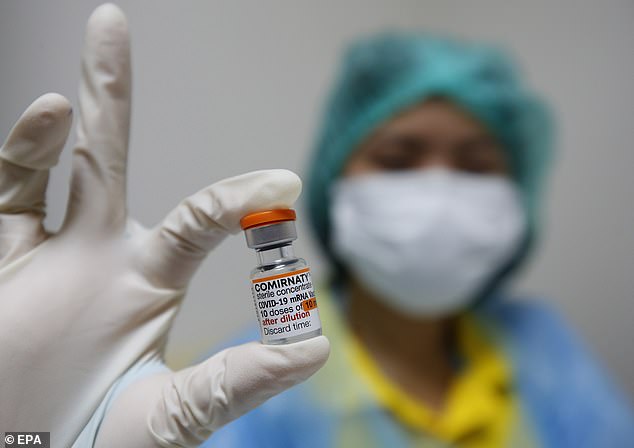 ‘The [FDA] has been notified by Pfizer that new data have recently emerged regarding its emergency use authorization request for the use of the Pfizer-BioNTech COVID-19 Vaccine in children 6 months through 4 years of age,’ a statement from the agency said.

‘Based on the agency’s preliminary assessment, and to allow more time to evaluate additional data, we believe additional information regarding the ongoing evaluation of a third dose should be considered as part of our decision-making for potential authorization.’

A new time for the Vaccines and Related Biological Products Advisory Committee (VRBPAC) meeting has not yet been scheduled.

Pfizer initially only planned to have the two smaller doses for young children, though plans had to be changed in December after children aged three and four showed little antibody response to the first two, smaller, shots. 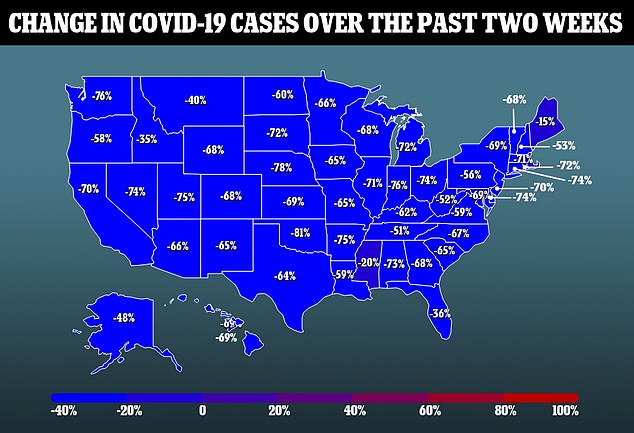 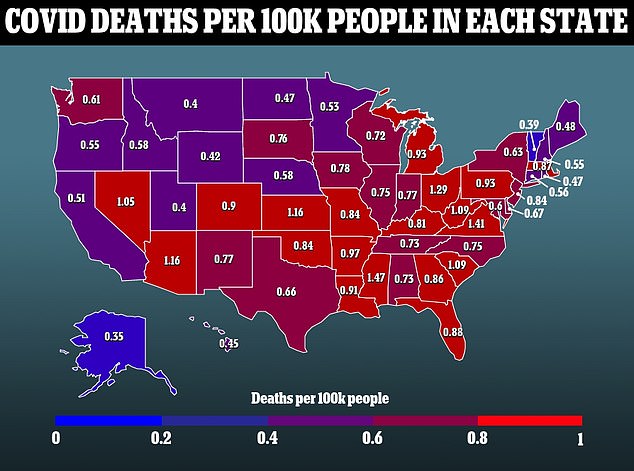 The FDA reportedly asked Pfizer to submit its application at the start of the month, citing a rise in pediatric Covid cases during the Omicron surge.

Trials for the third shot were not yet completed yet, though, so the first application only included the first two jabs – with a third to come later.

‘Given the recent omicron surge and the notable increase in hospitalizations in the youngest children to their highest levels during the pandemic so far, we felt it was our responsibility as a public health agency to act with urgency and consider all available options, including requesting that the company provide us with initial data on two doses from its ongoing study,’ the agency wrote in a statement.

‘The goal was to understand if two doses would provide sufficient protection to move forward with authorizing the use of the vaccine in this age group.’

Not all experts agree the shot is necessary, though.

Dr Cody Meissner, the chief of pediatrics at Tufts Children’s Hospital in Boston and a member of the VRBPAC, doubted whether the vaccine is needed for group which already suffers such low risk of hospitalization or death from Covid.

‘I think we’re rethinking the way we looked at this question, because even though people are appropriately vaccinated they are still able to become infected and transmit the virus to susceptible people around them,’ Meissner told DailyMail.com on February 1.

‘So this is a little bit different than many other infectious diseases such as measles, or mumps, or rubella. If you’re protected from infection with the vaccine, then you’re not going to transmit it to other people.’

‘But that’s not the same setting with [this virus].’ 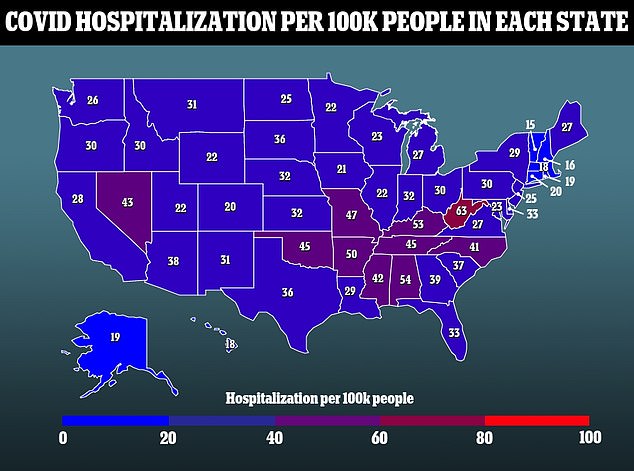 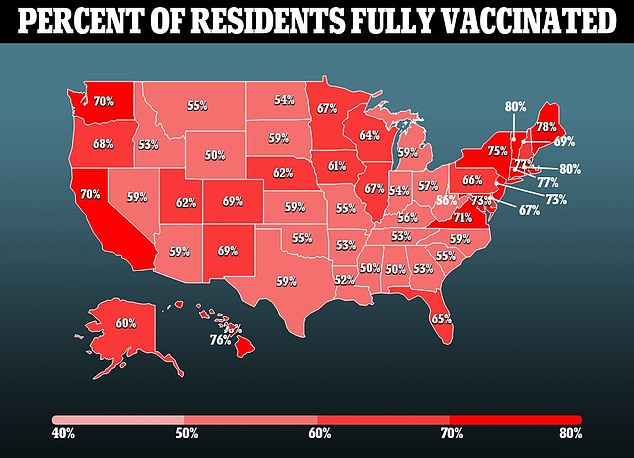 He noted that deaths among young children from Covid have remained very low. According to data from the Centers for Disease Control and Prevention, young children make up less than 0.1 percent of Covid deaths in America.

A study from last year performed by researchers at the University of Utah found that 50 percent of youth Covid cases are asymptomatic – and that was before the more mild Omicron variant emerged.

The move would make the U.S. the country with the youngest minimum vaccination age.

Only two other nations, Venezuela and Cuba, jab children as young as two, and four others – Bahrain, China, Chile and the United Arab Emirates – jab kids as young as three.

None of the countries use the Pfizer vaccine on children, with all opting for either China’s Sinopharm shot or the Cuban Soberena vaccine. 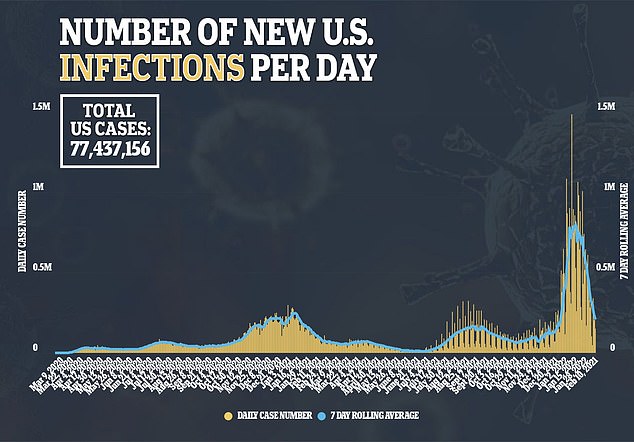 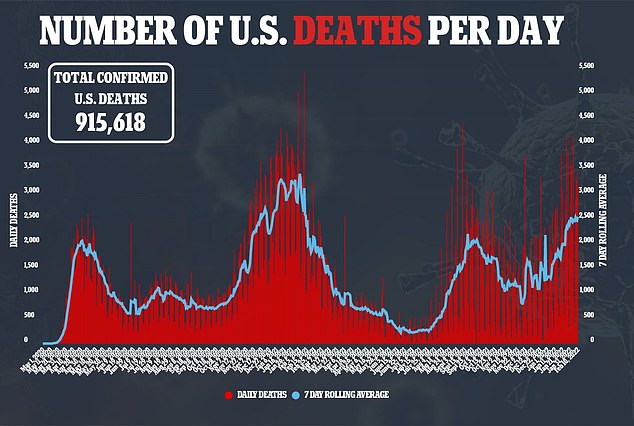 Meissner says he would agree with use of the vaccines in younger children if it was done the way that countries like the UK and Sweden approved the shots for the five to 11 age group.

In those countries, an average, healthy, child is not eligible for the shot. If they have a condition that puts them at serious risk from the virus, though, then they are allowed to get it as an extra level of protection.

Outside of children with serious comorbidities, he does not think there is a basis to approve the jab in the younger age group, and he especially fears green-lighting the shot will open the door for preschools and other facilities to institute vaccine mandates for young kids.

‘If people are really going to follow the facts, and follow the science, which everybody claims they’re doing … they come to the opposite conclusion,’ he said.

‘The burden of disease in children under five years of age is so low.’

Meissner said that, more than anything, he does not want their to be any ‘surprises’ in how the shot can effect children – similar to how officials were blindsided by the discovery that the J&J vaccine causes blood clots in some young women.

Myocarditis, heart inflammation, has been a concern for younger, male, recipients of these mRNA vaccines like Pfizer’s and Moderna’s as well.

‘We don’t have any experience with these [mRNA] vaccines in young children … I’m very hopeful that they will turn out to be equally safe and equally effective [as they were for adults], but we don’t know that,’ he said.