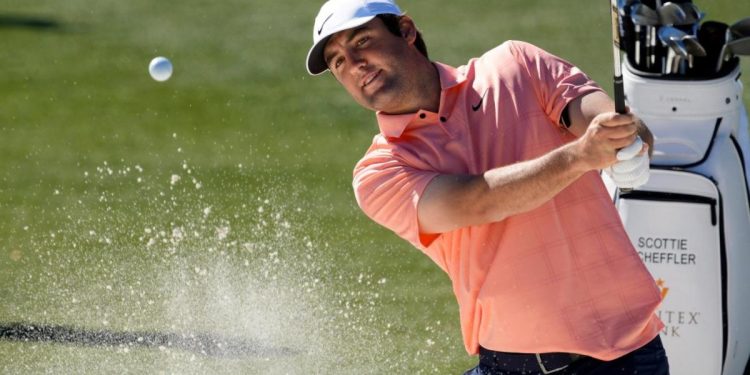 The esteemed golf insider has been around the game for many years and knows what it takes to win on the PGA Tour, and he is tuned in to the major championships.

In his last set of predictions for SportsLine, he nailed the Masters for the third time in four years. Johnson backed Scheffler, who has just been playing too well to be ignored. “Scheffler is on a run where he has been hard to beat, and I see it rolling on at Augusta National,” he said before the 25-year-old got his fourth victory of the season. He also called Woods’ unlikely victory at Augusta in 2019 and Dustin Johnson’s 2020 win, when he shot a tournament-record 20-under 268.

At the PGA Championship, the past two winners were surprises, with 50-year-old Mickelson winning last year and Collin Morikawa taking the 2020 title in his second major start. But Johnson backed the winner the previous two years, as Koepka won in 2018 then joined Woods as the only back-to-back PGA winners the following year. “This is a course he can attack and play well on,” Johnson said of Koepka before the 2019 event. Koepka took a seven-shot lead into the final round and held on in the raging wind at Bethpage for his fourth major title.

Now, Johnson, the first producer of “Inside the PGA Tour” and longtime ABC Sports golf producer who worked with Jack Nicklaus and Arnold Palmer, has released his highly confident 2022 PGA Championship picks. The picks from the founder of GOLFstats, the world’s top golf statistics database, will surprise you. You can see them here.

One shocking choice from Johnson: The expert is fading Cameron Smith, even though he has two victories this season and was in contention at the Masters. The 28-year-old hasn’t been quite the same since his triple-bogey on the 12th hole at Augusta that took him out of contention. He missed the cut in his last stroke play event, the RBC Heritage, and tied for 21st at the Zurich Classic along with Marc Leishman. Southern Hills is a ball-striker’s course, and Smith hasn’t fared well at venues like it. “I just don’t think Southern Hills will suit his eye,” Johnson told SportsLine.

On the flip side, Johnson isn’t backing away from Scheffler, even at his low odds. Scheffler was the 24th-ranked golfer in the world at this time one year ago, but finished 2021 strongly and has been blazing courses in 2022. He’s won four of his last seven individual events, including the Masters, which was his first major victory. The No. 1 player in the world is also the No. 1 player in FedEx Cup standings and is nearly lapping the field. The points difference between Scheffler and the No. 2 golfer in FedEx Cup rankings is larger than the difference between No. 2 and No. 122.

The expert is also interested to see what Rahm can do at Southern Hills. Rahm held the World No. 1 spot for 36 weeks until Scheffler overtook him, but the Spaniard got back on track with a win at the Mexico Open earlier this month. It’s been an up-and-down season for Rahm, who has as many top-five finishes (three) as he has finishes outside the top 25. His PGA Championship resume doesn’t look much different, as he has two top-10s in five career starts, but also has two finishes outside the top 50.

Johnson also is high on a massive long shot at Southern Hills who comes in around 100-1. His excellent tee-to-green game should fit Southern Hills like a glove. You can only see who it is at SportsLine.

Who wins the PGA Championship 2022 at Southern Hills? And which epic long shot is a must-back? Visit SportsLine now to see Sal Johnson’s full leaderboard, picks and analysis for the 2022 PGA Championship, all from the insider who is tuned in to what it takes to win a major championship.