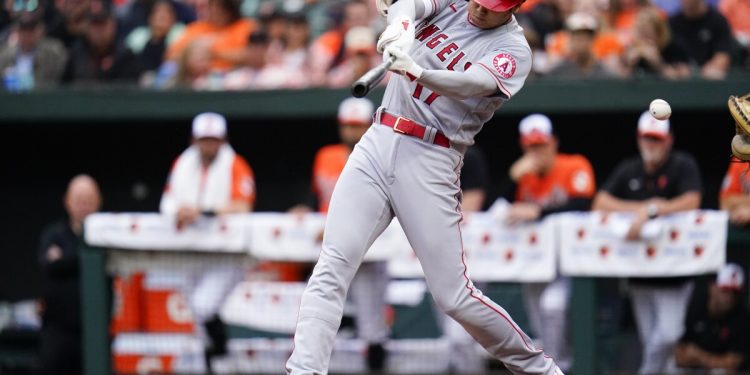 Dean Kremer combined with four relievers on a five-hitter, and the Baltimore Orioles beat the Angels 1-0 on Saturday for their first seven-game winning streak in five years.

Angels interim manager Phil Nevin returned after serving a 10-game suspension. He exchanged lineup cards before the game with his son Tyler, a rookie third baseman with the Orioles. Tyler went one for two with a walk.

Kremer (3-1) gave up two hits and three walks in five innings and tied a career high with seven strikeouts. He has pitched shutout ball in four of his last five starts, lowering his season ERA to 2.15.

Bruce Zimmermann, Joey Krehbiel, Felix Bautista and Jorge Lopez followed, with Lopez retiring Kurt Suzuki on a game-ending flyout with a runner on second base for his 16th save in 20 chances.

Anthony Santander had two hits that included an RBI single in the fourth off Patrick Sandoval (3-4). Ryan Mountcastle singled, advanced on a wild pitch and came around on Santander’s single.

Trey Mancini had a single in the fifth and has hit safely in 16 consecutive starts since June 21.

Sandoval surrendered one run and five hits in 6 1/3 innings and struck out 10. He has given up three runs or fewer in 12 of 14 starts this season.

Nevin was suspended for his role in a benches-clearing brawl against Seattle on June 26. “It’s been tough. It felt like a month really,” Nevin said.

Angels: Right-hander Jimmy Herget (shoulder impingement) is expected to throw off a mound next week.