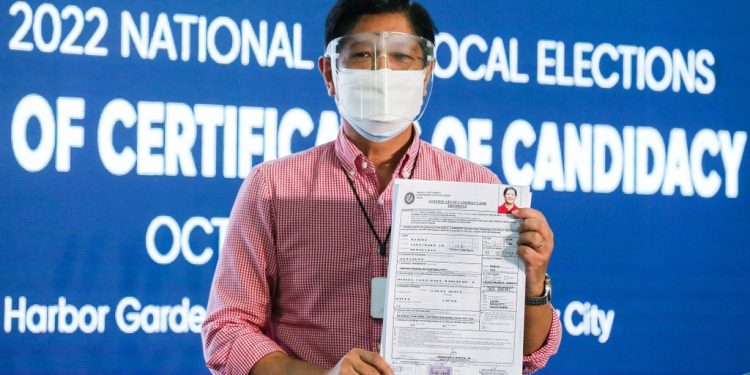 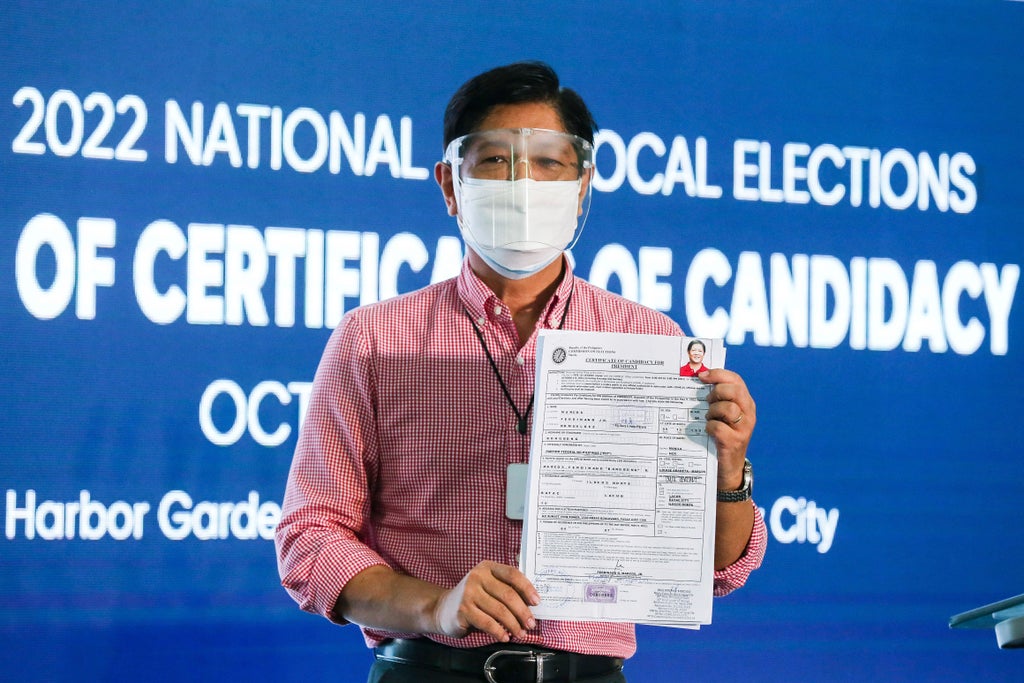 The son of former Philippine dictator Ferdinand Marcos defeated on Monday a bid to disqualify him from the May 9 presidential race but still faces other petitions from human rights victims and others who have raised alarm over atrocities under his late father’s rule.

The Commission on Elections rejected a petition arguing that Ferdinand “Bongbong” Marcos Jr. should be barred from public office for having been convicted of failing to file income tax returns from 1982 to 1985 and stating in his candidacy papers that he had never been found guilty of a crime. The ruling is appealable.

“Respondent did not deliberately attempt to mislead, misinform or deceive the electorate,” the ruling said.

Marcos Jr. has led in popularity polls ahead of the election.

“This is one challenge down,” commission spokesman James Jimenez told reporters. “But there are other challenges still pending.”

He said there five other petitions against Marcos Jr.’s candidacy, three of which have been consolidated into one case. Marcos Jr.’s name will be included on the ballot, which will be printed soon, despite the pending petitions, Jimenez said.

Marcos Jr.’s camp thanked the elections commission “for upholding the law and the right of every bona fide candidate like Bongbong Marcos to run for public office free from any form of harassment and discrimination.”

The elder Marcos placed the Philippines under martial rule in 1972, a year before his term was to expire. He padlocked Congress and newspaper offices, ordered the arrest of political opponents and ruled by decree.

He was toppled in an army-backed “people power” revolt in 1986. He died in exile in Hawaii three years later without admitting any wrongdoing, including accusations that he and his family amassed an estimated $5 billion to $10 billion while he was in power.

A Hawaii court found him liable for human rights violations and awarded $2 billion from his estate to compensate more than 9,000 Filipinos who filed a lawsuit against him for torture, incarceration, extrajudicial killings and disappearances.

His widow, Imelda Marcos, and her children were allowed to return to the Philippines in 1991. They have since made a political comeback, winning seats in Congress and powerful provincial posts.

Marcos Jr. has called the allegations against his father “lies.”

He has joined hands with Davao city Mayor Sara Duterte, President Rodrigo Duterte’s daughter, as his vice presidential running mate. Duterte backs his daughter’s run but opposes her pairing with Marcos Jr. and has vowed to never support him.