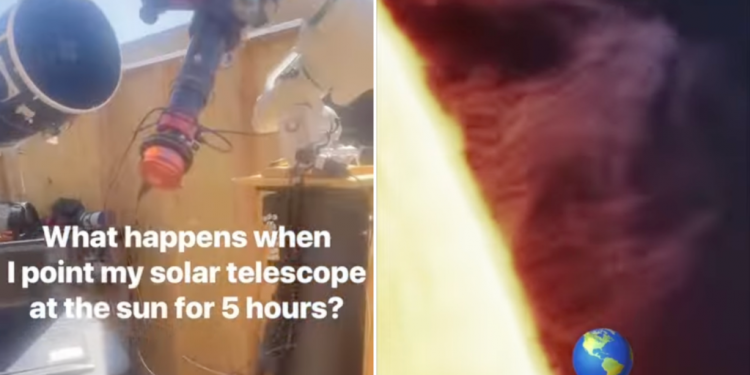 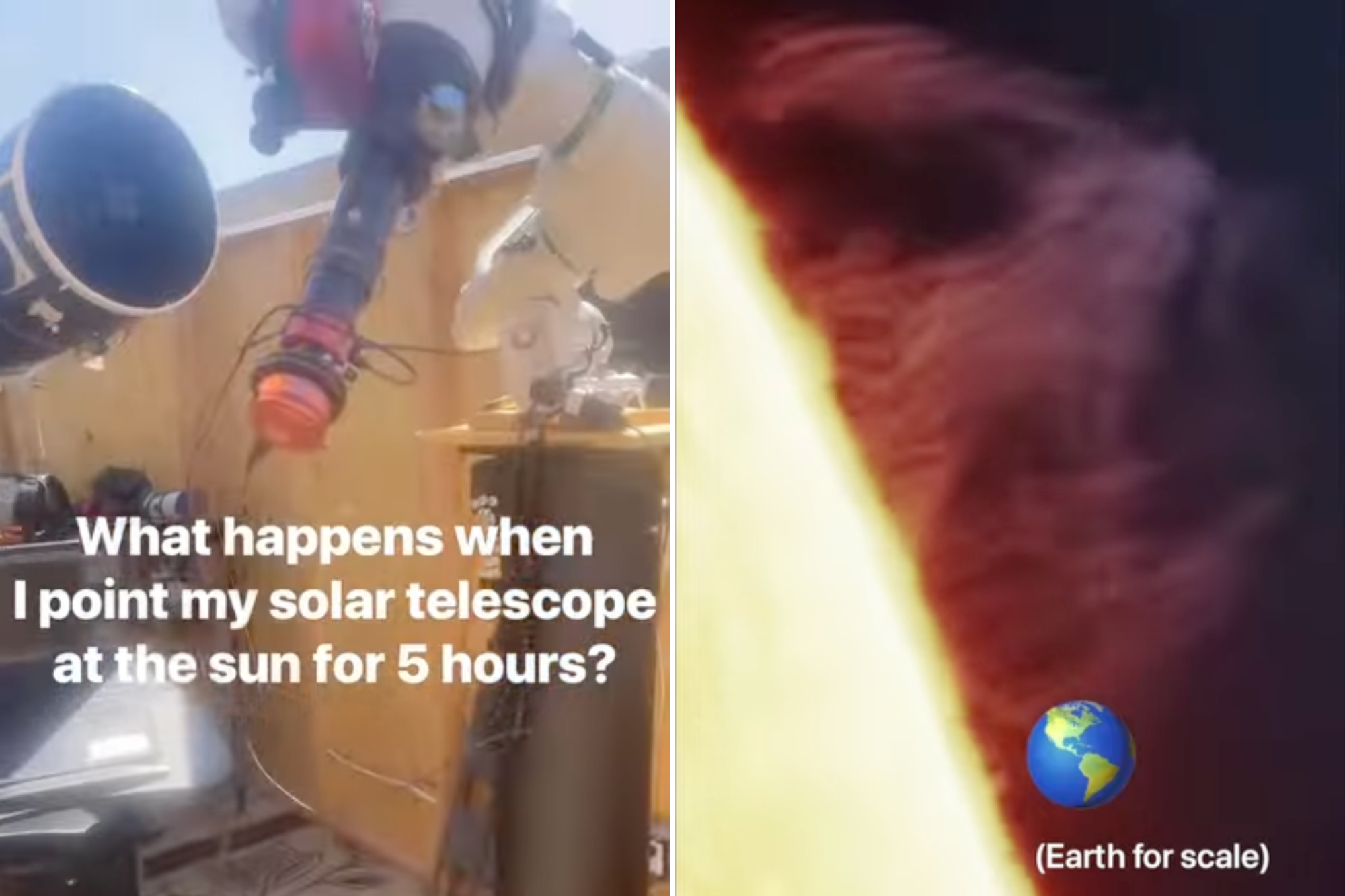 A skygazer has revealed incredible footage of the Sun close up in stunning detail.

The flaming ball was filmed by a special solar telescope for a staggering five hours.

You can even make out gases flowing off it.

The space lover joked that “there’s a party on the Sun but you’re not invited.”

But he warned others not to attempt looking at the Sun with a telescope themselves.

“Do NOT try this unless you know what you’re doing,” he tweeted.

“You will go blind or start a fire if you point a telescope at the Sun.”

It even zooms in further to give an idea of the size against Earth – and needless to say, our planet is pretty small in comparison.

People on social media were understandably blown away by the video.

“I’m mesmerised by this… it’s fabulous…” one said.

“Absolutely stunning that you’re getting that level of detail on your own budget in your own backyard,” another remarked.