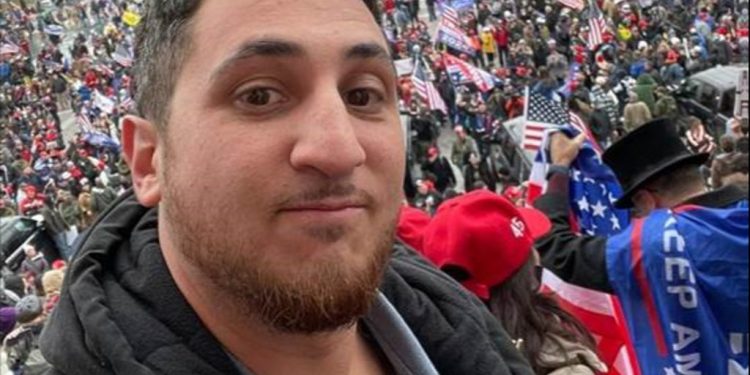 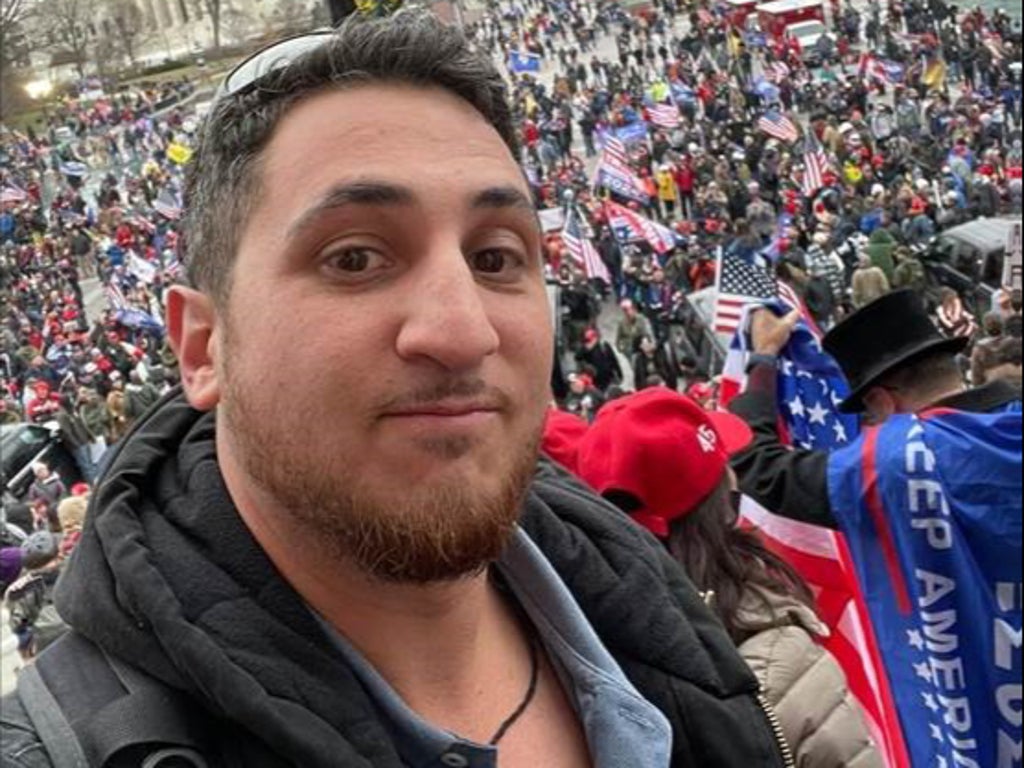 A self-described dating coach who participated in the January 6 riot at the US Capitol has been sentenced to three-and-a-half years in jail after law enforcement discovered a stash of illegal firearms in his Upper East Side New York City home.

Samuel Fisher, 33, was sentenced in state court in Manhattan on Monday. The QAnon conspiracy theorist posted eagerly on the internet about “seeing cops literally run” at the Capitol on January 6. Fisher was not armed during the riot, but nevertheless faces a criminal charge in federal court Washington, DC for unlawful entry and disorderly conduct on the Capitol grounds.

In that case, Fisher has pleaded not guilty. In New York, however, Fisher pleaded guilty last year to illegal possession of several assault rifles and about a dozen high-capacity magazines.

It was Mr Fisher’s social media activity regarding his participation in the Capitol riot that was his doing in the New York criminal case. Following January 6, law enforcement officers found a post in which Mr Fisher posed with weapons in front of a Trump 2020 flag. That led to the search warrant on which law enforcement in Manhattan found his weapons stash.

“The defendant chose to arm himself to the teeth with a large variety of dangerous weapons,” Judge Robert Mandelbaum said prior to sentencing Fisher. “The fact that he didn’t take action doesn’t take away from the seriousness of the offense.”

Mr Fisher, one of some 800 people charged in connection to the Capitol riot, was an enthusiastic supporter of Donald Trump throughout the 2020 election and alleged that President Joe Biden was a “communist agent.” He frequently posted QAnon related content, echoing Mr Trump in his condemnations of the American “deep state.”

In court, Mr Fisher said that mental health challenges and alcohol abuse were to blame for his actions. In a brief statement prior to sentencing, he expressed his contrition.

“I know what I did was wrong, and I accept that my actions have consequences,” Fisher said. “I have tried as best I could to make amends to those I hurt and also address the problems that led me here.”