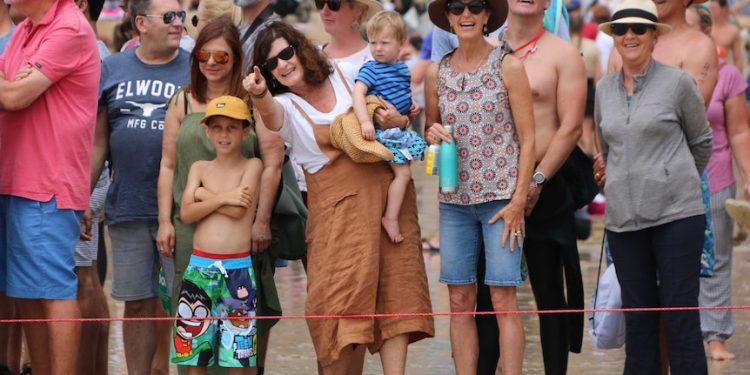 
Organisers of two popular annual events in a regional Victorian tourist hotspot have cancelled with just three days to go due to rising COVID-19 case numbers.

The Pier to Pub swim and Mountain to Surf run attract thousands of competitors and spectators each January to the Surf Coast town of Lorne.

But ahead of this year’s competitions this coming Friday and Saturday, the Lorne Surf Life Saving Club has announced a shift to virtual competitions “out of an abundance of caution”.

Mr Napolitano said many volunteers had “either succumbed to COVID or had to isolate, so we’ve had to really reassess how many volunteers we’d have for the event on the weekend”.

“The volunteerism we have in Lorne and the surf club to help support these events is key to their success and the safety of the competitors and spectators,” he said.

“The other thing that’s happening in the town is the health services down here — the local Lorne hospital, which we’re extremely lucky to have — [has] also got a lot of pressure on it at the moment.

“Similarly, the local traders, cafes, restaurants, and all the services a town like Lorne needs to survive, they’re also doing it hard with staff.”

The organisers’ decision was announced on a day Victoria recorded a record-high 14,020 new infections.

During the nomination process race entrants were given the option to choose between a full refund or to compete in a virtual competition in the event of a cancellation.

In a statement, the Lorne Surf Life Saving Club said competitors would now have until January 31 to complete the events virtually and record their time.

Random prizes and medals will still be awarded, and T-shirts will be sent to those who compete virtually.

Refunds would be processed in the next two weeks for those who requested them, the club said.

Mr Napolitano said many families had been participating in the run and swim for “decades” and “those people I have no doubt will be disappointed this decision has been made”.

“But having spoken to a lot of people in the past two hours, they understand this decision has been made in the best interests of the community,” he said.

Local news direct to your inbox

ABC Ballarat will deliver a wrap of the week’s news, stories and photos every Wednesday. Sign up to stay connected.