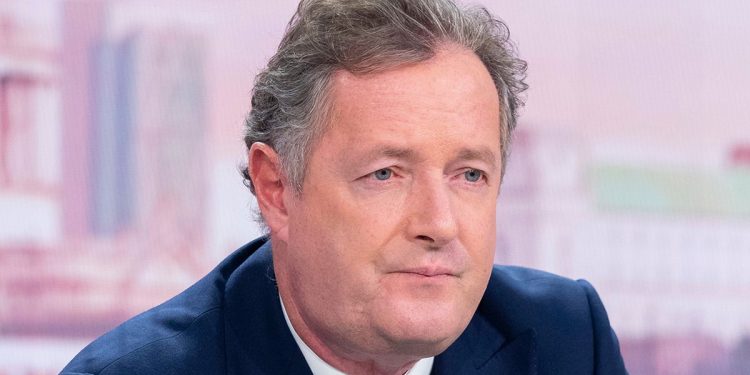 
Piers Morgan surprised some of his followers on social media yesterday after revealing his age, after celebrating his birthday by being “regally spoiled” at a restaurant.

The journalist marked the occasion early by visiting the Polo Bar in New York on Tuesday evening, with him writing about his experience on Instagram yesterday night.

The post was uploaded on his birthday (March 30), with it featuring a photo of the presenter holding what appeared to be a bowl of ice cream accompanied by a single candle.

He wrote alongside it: “Got my 57th birthday celebrations off to a cracking start last night with dinner at New York’s best restaurant [The Polo Bar] where I was regally spoiled.”

The former Good Morning Britain host said that he was looked after by the “most fabulous” Maître d’ in the country – Nelly Moudime – in “such a great place” to eat.

Piers said that there was an added bonus to his recent visit as the restaurant’s “legendary owner” – fashion designer Ralph Lauren, 82 – had been sat at a nearby table

And he concluded the post writing: “P.s. my face got wind-burned in the freezing Manhattan cold yesterday if you’re wondering why my head looks like a giant tomato.”

The post on social media received more than 10,000 likes and attracted hundreds of comments, with many of his followers wishing him a happy birthday in response.

There were a number of people who expressed surprise at discovering how old the journalist is though – with some having suspected he was actually “much older.”

“You’re only 57?,” wrote one follower in response to his post, whilst another had said in the comments section: “I honestly thought you were much older. Happy birthday anyway.”

Another said that he looked “70 odd,” with a forth agreeing with the sentiment that he appeared “older” than his age. Another follower wrote: “Sorry to say you look 67.”

“Surely you jest Piers? I thought you was at least 60,” responded one person. Another didn’t divulge how old they thought he was: “57? Could of been certain you were erm … never mind.”

However, there were some followers who teased that he looked younger than his age, with one of them writing “you look not a day older than 40,” alongside a winking emoji.

Piers had actually shared a photo of himself and wife Celia Walden, 46, on his Instagram Story on his birthday and teased that they were both “improving with age.”

Brokerages, IBuyers, Power Buyers: A Look At Tech In Q1