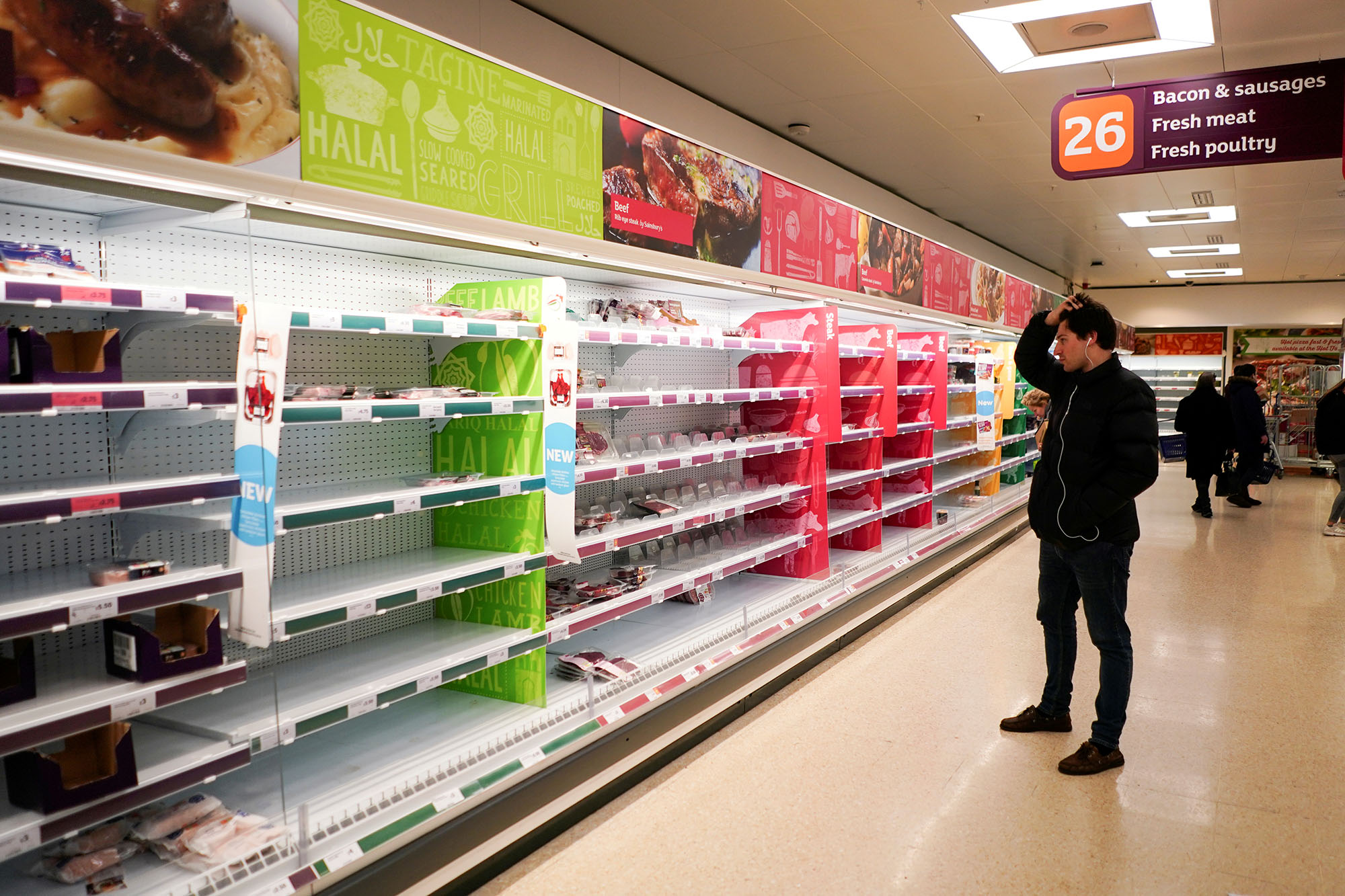 LONDON — British supermarkets said on Thursday that some products were in short supply and petrol stations had been forced to close after the official health app told hundreds of thousands of workers to isolate following contact with someone with COVID-19.

Business Secretary Kwasi Kwarteng told Sky News the government was “very concerned” about the situation but that he did not recognize the network’s characterization of “bare” supermarket shelves.

With cases rising to nearly 50,000 day in the United Kingdom, hundreds of thousands of people have been advised — or “pinged” — by the National Health Service’s contact-tracing app to isolate for 10 days.

The drastic reduction in staffing that has resulted has sown chaos through sectors as diverse as food supplies, haulage, supermarkets, hospitality, manufacturing and media. To avoid disruption, many people have deleted the app from their phones.

Sainsbury’s, Britain’s second largest grocer, said customers may not be able to find the exact product they want.

“Large quantities of products are being delivered to stores daily and our colleagues are focused on getting them onto the shelves as quickly as they can,” a spokesperson said.

Retailer Iceland said it had closed a number of stores due to staff shortages. BP said it had to temporarily close a handful of petrol stations due to a lack of fuel, with a shortage of HGV drivers exacerbated by COVID-19 isolations.

Reuters reporters found plenty of food in shops, though there were some shortages of specific products such as bottled water, soft drinks, salad and meat.

One meat industry body said on Wednesday that food supply chains were “right on the edge of failing” as absences related to COVID-19 had aggravated an already-critical shortage of labor.

Official data showed the app had told nearly 620,000 people to isolate in England and Wales in the week up to July 14.

Government ministers say it plays an important role in countering the spread of the virus, which has killed about 129,000 people in Britain — the seventh highest toll in the world. They have allowed some workers in critical roles to carry on working, even when “pinged.”

Infections have been rising sharply in Britain for several weeks. But a vaccination program that has seen 88% of adults receive one vaccine dose and more than 69% two doses appears to have weakened the link between infections and deaths, with daily fatalities remaining relatively low.