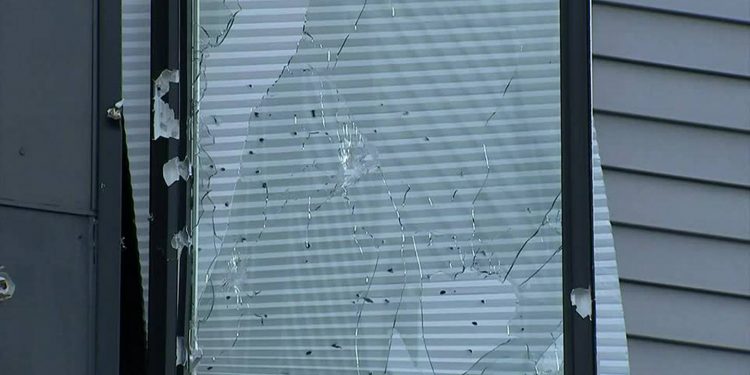 PITTSBURGH, Pa. — Pittsburgh Police are investigating after 10 people were shot and two juveniles were killed in a mass shooting early Easter Sunday in the East Allegheny neighborhood of the North Side.

PHOTOS: At least 10 shot in Easter Sunday shooting in North Side neighborhood

The victims were identified by the medical examiner’s office late Sunday night as 17-year-old Jaiden Brown and 17-year-old Mathew Steffy-Ross.

Pittsburgh Public Schools said that four students were injured during the shooting.

Videos circulating on social media shows the moments that shots were fired at the party on the Pittsburgh’s North Side.

Police initially said that 11 people were shot, but they updated those numbers at a noon news conference. They now say that 10 people were shot, 2 were killed, and 5 others had other related injuries such as broken bones while attempting to escape the shooting.

“our hearts go out to the victims and their families,” he said. @WPXI pic.twitter.com/jO3MgM1DG3

When police arrived in the area, more shots were being fired and several young people were running on foot and leaving in cars from an Airbnb property at Suismon Street and Madison Avenue.

Police say a large party was happening at the Airbnb with as many as 200 people in attendance. Police say many of the attendees were underage.

Many people who jumped from windows suffered broken bones, cuts, and other minor injuries.

Several shooting victims arrived at various hospitals inside and outside the city by private means, police say.

So far, at least 10 people were confirmed shot and two male juveniles have died.

Police say there are least eight different crime scenes related to this incident.

Detectives are speaking with witnesses and reviewing available video footage of the incident.

Anyone with information is asked to call Pittsburgh Police Major Crimes at 412-323-7161.

This is a developing story. We have multiple crews working every angle of this story. Check back often for updates.