As Europe’s car manufacturers race to meet the first annual target under strict new carbon emissions regulations set for this year, one technology is likely to help many of the premium brands over the line.

Plug-in hybrids, which include a combustion engine and a small battery, are helping the likes of BMW and Daimler reach compliance despite having many heavily polluting combustion engine models in their line-ups.

Thanks in part to generous subsidies, more than 100,000 hybrids have been sold in Germany — Europe’s largest car market — so far this year, and more than a half a million such models are likely to be sold across the continent in 2020, according to research by Matthias Schmidt, a Berlin-based auto analyst.

It is not a new solution. Porsche claims to have developed the first hybrid in 1900, called “Semper Vivus”, or “always alive”, and designed by auto pioneer Ferdinand Porsche himself.

A production-ready model was even created, but the vehicle was ultimately doomed by a problem that has plagued plug-ins since — it weighed almost two tonnes, had a very limited electric range, and suffered from a lack of charging infrastructure. 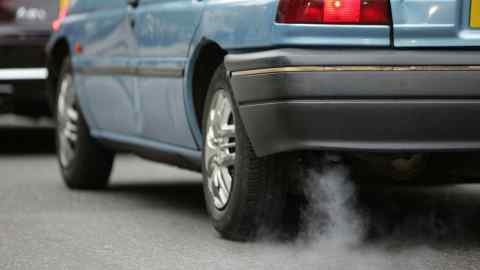 More than a century later, plug-in technology is finally catching on. While the average electric range of PHEVs is currently 50-70 kilometres, models with emissions-free ranges of 80-100km have already been announced.

If the battery is charged regularly, that capacity would cover the vast majority of journeys made by most drivers, carmakers claim.

“The average customer who lives in the city drives no more than 16km per day,” says Bernhard Decker, project manager for electrification at Audi, which offers 11 plug-in hybrid models.

“Those living in the suburbs drive about 30km per day — those kind of distances can be covered by [the electric range of] plug-in hybrids.”

Ola Kallenius, the chief executive of Mercedes-Benz owner Daimler, told reporters in Frankfurt last month that the company “learned a lot in the last two or three years”.

“We are now in the third generation of plug-in hybrids,” he added, and that with extended range “almost all customers can drive CO2-free Monday to Friday”.

But the green credentials of plug-in hybrids are being questioned by environmental groups who are lobbying for tighter regulation.

In June, in the wake of an increase in German government subsidies for plug-in hybrid purchases, Greenpeace released a study which claimed that “in reality, the electrical ranges are practically never reached and the standard values for fuel consumption are exceeded many times over”.

According to the International Council on Clean Transportation, a non-profit research group, which collected data from approximately 100,000 plug-ins — and 66 models — across the world, fuel consumption and carbon emissions from such vehicles are typically two-to-four times the measurements given in their approval process.

In a joint study with Germany’s Fraunhofer Institute, the ICCT found that private drivers in the country only recharge their plug-in hybrids on three out of every four days, while those using company fleets only do so every second day.

The backlash to such criticism was immediate. Germany’s once-powerful auto lobby, the VDA, claimed there was an “obvious attempt to defame” a modern driving technology. 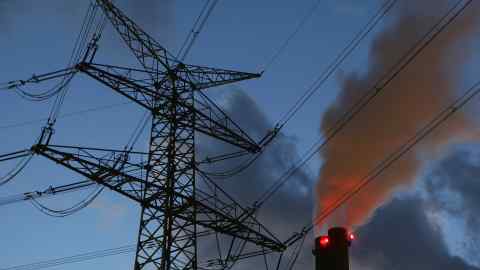 “Plug-in hybrid vehicles make a significant contribution to increasing the acceptance of electric mobility and thus to rising registration figures for low-CO2 drives,” said VDA president Hildegard Müller, before insisting that with improving range and better charging facilities, “the proportion of driving with electric drive systems is also increasing”.

However Mr Kallenius, whose Mercedes brand offers more than 20 plug-in models, conceded that automakers “have to work together to encourage customers to use the product properly”.

“We will need plug-in hybrids for at least a decade,” he said, adding that Daimler would introduce a points system that would reward customers for driving them efficiently.

In order to allow their plug-in hybrids to be driven in low-emission zones in dozens of European cities, manufacturers including BMW and Ford have rolled out “geofencing” technology, which automatically switches vehicles into electric mode within those areas. “We have a high customer demand for these functions,” said BMW’s chief executive Oliver Zipse in August. “It confirms to us our direction, that plug-in hybrids are here to stay for quite a while.”

Although the UK is considering banning hybrids along with combustion engine vehicles by 2035, a crackdown on the technology by EU-wide regulators is not expected.

In October, the German car industry expressed relief when the National Platform for the Future of Mobility, a government agency, released a report stating that plug-in hybrids can “serve as pioneers for electromobility”, reducing the risk of Berlin scrapping subsidies.

“Combined with an expansion of the charging infrastructure and optimised usage behaviour, there is considerable potential for CO2 savings,” the NPM said, adding that by 2030, carbon dioxide emissions could be reduced by up to 2.9m tonnes.

Key figures in Germany’s powerful unions, who hold sway over many decisions taken by the country’s largest carmakers, are also broadly in favour of the technology. After a summer in which tens of thousands of auto job cuts have been announced, the increased labour needed to fit both an engine and a battery is “good news” for employees, according to a person close to VW’s works council.

And the reliance of Daimler, Audi and BMW on plug-in hybrids to meet ever-tougher European targets will only become stronger, according to auto analyst Matthias Schmidt.

“From 2021 the plug-in hybrid share will likely remain high at premium manufacturers,” he says, as a phase-in concession which allowed manufacturers to discount the top 5 per cent of their most polluting vehicles from EU CO2 calculations comes to an end.

Those sales will have to be converted into plug-in hybrids in order to prevent high emitting vehicles weighing down fleet-wide balances.

Additionally, tough penalties on carbon emissions in markets such as France will also make many premium vehicles fitted with no form of electrification “effectively redundant”, Mr Schmidt adds, “which will again see a push towards even more plug-in hybrids.”

However, with pressure groups continuing to condemn plug-in hybrids, “advantages such as free parking or access to inner city areas could disappear, causing their residual value to fall dramatically,” he predicts.

US hospitals again under pressure with COVID on the rise

With Theta, 2020 sets the record for most named Atlantic storms

The BlackBerry and me | Financial Times

Building on the Past – The Poetry of Science

With Theta, 2020 sets the record for most named Atlantic storms

What is causing the UK crisis in petrol supplies? | Supply chain crisis