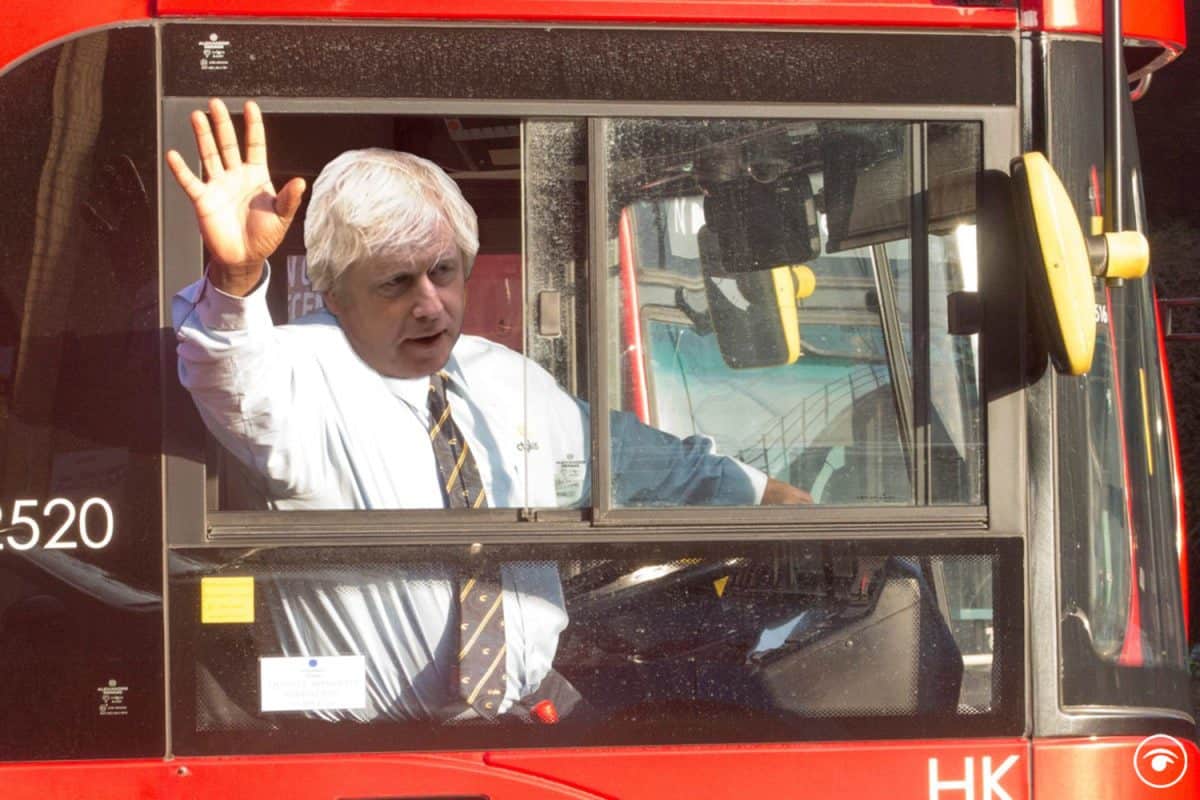 At PMQs today the prime minister immediately told the House he was “furious” about footage showing Number 10 staff laughing about a party at Downing Street he had spent the past seven days denying had ever happened.

He wanted to get ahead of the argument, despite being a week behind.

The PM chucked his own people under a bus. Sadly they will join the NHS waiting list like the rest of us to get patched up.

It was the exact opposite of leadership. It was cowardice, his idol Winston Churchill would have had shot him for desertion.

So why apologise for something that never happened and still claim he didn’t know about the party?

It’s an ontological argument Immanuel Kant would struggle with, but might allocate his surname to.

How gutted would you be if you slept through a Christmas party, at your house, and didn’t even get an invite? No wonder he is furious!

The Allegra Stratton clip is the equivalent of seeing pics of your mates on a night out on Instagram on the evening you were in watching Dancing on Ice. It hurts, take it from me.

If Johnson’s press secretary, key advisor and other members of his core team knew about this party and didn’t tell him, then he should leave the post immediately, as he has no moral authority, and take them with him.

It doesn’t take an epistemologist to work that out. They broke the law, in his HOUSE.

But did they? The PM continues to say ‘guidance was followed’, as if he claiming some kind of diplomatic immunity defence.

However, this wasn’t the only party, that wasn’t a party, that took place or never took place. Try saying that after a boozy cheese and wine night at Downing Street!

A bombshell question from Catherine West MP asked about another event on November 13th last year.

The PM replied: “No… but whatever happened I’m sure the guidance was followed at all times,” he said.

Kant we are calling for you again!

We can slam the PM all day long, but it left me thinking who has leaked it all this now and why?  Hancock’s revenge? Cummings’ denouement? Henry the Hoover?

Perhaps they did it together. It would be the most unlikely duo ever, like Stormzy joining Jim Davidson on the karaoke.

Saying that your enemy’s enemy is your friend. Perhaps ‘Cumcock’ (sorry) both had their hands on the mouse together as they emailed the Stratton clip to ITV News.

Maybe at the last moment Dominic Raab reached a hand over to join in this Faustian pact, with Thelma and Louise undertones.

Raab was in a lot of bother yesterday over claims he saved dogs over humans in Afghanistan, so could do with a political breather.

To be fair there could have been a whole cabal of corrupt Tory MPs egging them on, kicking their own judgement day down the road for a bit.  They didn’t get an invite to the party anyway, and that still rankles with them.

So what is the PM going to do to get out of the hole he is in? Well he is going to trigger ‘Plan B.’ Basically bringing in a new lockdown to cover up a failed first one.

This isn’t a smokescreen, it’s mustard gas billowing into each of the nation’s homes.

The PM didn’t have any real answers to today’s questions, as the truth would bury him, so he accused the rest of the house of playing politics. ‘’You are playing politics – don’t do that’ says one politician to another politician.”

Johnson looked into the abyss and meekly said we should be focused on criminal gangs.

A drug bust on the 18th December at Downing Street might have nabbed some of these pesky middle class cocaine users the government is trying to clamp down on.

The narc squad shouldn’t expect to get too much trouble from the doormen…they are Met Police!

However, even with all this stench swirling around the PM, Starmer didn’t go as far as calling for Johnson to resign, but Ian Blackford did.

The SNP man questioned the PM’s moral authority to lead the British people.

Blackford also asked a question about two further parties, one in the PM’s own flat. How pissed must you be to not notice that going on?

‘I’m going to get on with the job,’ was his retort. Well judging on previous performance, that would be lying, blaming others and evading responsibility.

It doesn’t take a moral philosopher, with an amusing surname, to know what to call the PM.

Related: PMQs 1st Dec – PM has pants pulled down over Xmas knees up

Mobile phone apps make it almost impossible to get lost these days. And that isn’t good for us | Adrian Chiles

Mobile phone apps make it almost impossible to get lost these days. And that isn’t good for us | Adrian Chiles