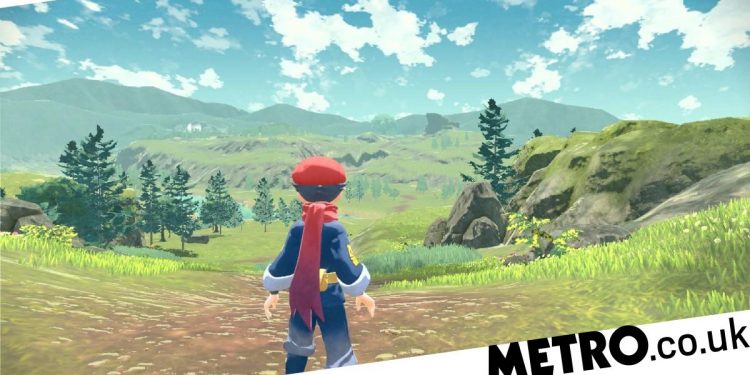 
A reader enjoys the latest Pokémon game but is upset that the graphics are still some of the worst on the Nintendo Switch.

I’d already written this Reader’s Feature and was ready to send it in when I saw the news story that Pokémon Legends: Arceus has outpaced sales of Sword/Shield and is already one of the most successful entries in the series. I suspected something like that would happen and it only makes me more resigned to the fact that they’ll never fix its biggest problem: the terrible graphics.

First off, I want to make it clear that I do like the game. The open world is much better than in Sword/Shield and the turn-based combat works surprisingly well, with a lot of quality of life improvements – like changing the moves whenever you want. Arceus is a good game and a welcome step forward in dragging Pokémon into the 21st century, but for it to fully get there they have got to do something about the graphics.

This has been a problem ever since Game Freak started making games on the Switch but the thing about Pokémon Legends is that it is a step forward and yet it’s still completely pathetic. Obviously, the Switch is not the most powerful console around, but Pokémon Legends has an awful lot in common with Zelda: Breath Of The Wild, to the point where you’d say it was a rip-off if it wasn’t the same company.

And yet somehow Pokémon Legends still manages to look and run worse in every way. The open world areas aren’t as big, the level of detail is nowhere near the same, and there’s no real physics system or other attempts at simulation. Remember, Breath Of The Wild is a Wii U game, so the fact that Pokémon Legends, one of Nintendo’s biggest games in years, is not even able to match that is ridiculous.

The use of textures is just embarrassing, as if they didn’t really know how they worked. Everything seem to be stuck in low-res mode half the time, from characters to the landscape, and it just looks horrible. (I also agree that characters should speak as well, there’s no reason not to other than saving money, as half the time these supposedly emotional scenes are going on in complete silence.)

The game seriously looks GameCube level at times. When you get to the water level with the volcano the game does this weird effect where pokémon floating on the water look like they’re made of voxels or something. It’s super pixelated and I think it’s because they’re trying to do a depth of field effect and it didn’t work. But whatever’s going on it’s actually worse than most GameCube games and that is not an exaggeration.

Of course, with the game doing so well there is now zero incentive for Nintendo to do better but I think they need to completely restructure how Pokémon games work. I’ve heard the suggestion that Game Freak should be made to work like the Call Of Duty teams and have three studios that have three years to make each game. Whether that’s Game Freak beefing up their staff and splitting into three or them using other companies I don’t think it really matters.

I don’t really blame Game Freak. If there’s one thing Pokémon Legends proves it’s that they do care and are trying to make a good game but they’re just not being given the time to do it. They also obviously don’t have much experience with high-end graphics, but again that’s not their fault so much as the management not getting in the right kind of experts to help out.

Playing Pokémon Legends is fun but at the same time it’s frustrating because it’s easy to see how much better it could be just by looking at a five-year-old game on the same system. No one expects state of the art graphics on the Switch, but I do expect them to look better than a 20-year-old console.