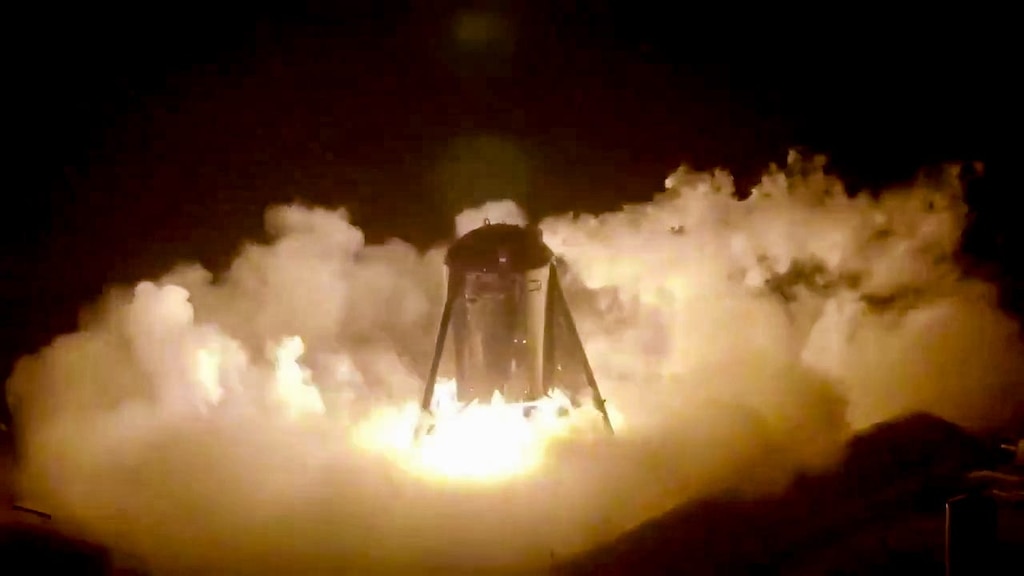 A small community of people at the southern tip of Texas just received what some of its residents are calling a “shocking” and “concerning” warning about SpaceX’s upcoming launch attempt of a Mars rocket ship prototype.

Residents told Business Insider a county sheriff went door-to-door on Saturday night to hand-deliver printed notices to the community, where approximately 20 people own homes. Known as Boca Chica Village or Kopernik Shores, the hamlet has in recent years become flanked by a rocket launch and development site.

Courtesy of Cheryl StevensThe notice says “action required” and warns of “potential risk to health and safety” during SpaceX’s upcoming launch attempt of Starhopper: a stubby yet roughly 60-foot-tall (18-meter-tall) steel prototype with a single, truck-size Raptor rocket engine. The vehicle is a test-bed for an ambitious new launch system called Starship. If realized, Starship may tower about 400 feet (122 meters), be fully reusable, and take people and cargo into orbit, to the moon, and eventually on to Mars.

Starhopper’s launch is planned for Monday, and company founder Elon Musk says it will be the prototype’s final flight. In late July, the vehicle rocketed to about 60 feet (18 meters) off the ground and landed back on its launch pad. This week’s plan is to fly the vehicle no more than about 650 feet (200 meters) then land back on its launchpad.

The notice issued to residents says police will sound their sirens to warn residents about 10 minutes before liftoff. According to the notice, a roughly 15-minute flight window will open at 5 p.m. ET (4 p.m. CT) on Monday night.

The notice then says:

“There is a risk that a malfunction of the SpaceX vehicle during flight will create an overpressure event that can break windows. Therefore, in order to protect Public Health and Safety, it is recommended that you consider temporarily vacating yourself, other occupants, and pets, from the area during the Space Flight Activities. At a minimum, you must exit your home or structure and be outside of any building on your property when you hear the police sirens which will be activated at the time of the Space Flight Activity to avoid or minimize the risk of injury.”

An “overpressure event” is a blastwave that’s often caused by a rapid explosion.

‘I feel like we are in a war zone’ 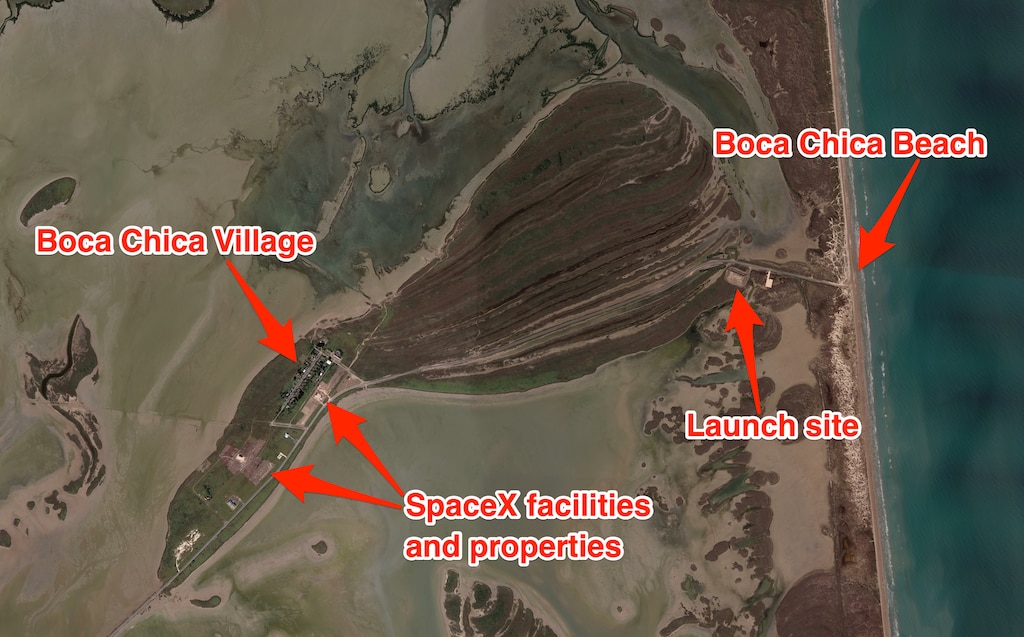 Nearly all Boca Chica homes are within about two miles of the rocket company’s launchpad, which sits just west of Boca Chica Beach. This suggests that if Starhopper explodes — which is unlikely yet possible due to its experimental design — its blastwave may be powerful enough to significantly damage the residential buildings from a distance.

While the notice included no contact information, residents say the sheriff told them to contact Cameron County Judge Eddie Treviño, Jr. if they had any questions. Treviño, Jr. is also responsible for issuing road closures for Highway 4, which is the only road that connects the large city of Brownsville to the hamlet and public beach — and now SpaceX’s new launch site.

Read more: Elon Musk is building SpaceX’s Mars rockets in a tiny Texas hamlet. But getting them off the ground there may be harder than he imagined.

During previous Starhopper launches, the road has been closed with a “hard” checkpoint located about 1.5 miles west of the launchpad and a “soft” checkpoint a couple of miles farther down the road.

Saturday’s notice is an unusual departure, and to some residents — most of whom are retirees who’ve lived in the area years or decades before SpaceX’s arrival — represents a worrisome new phase of their relationship with the company, local and state officials, and federal agencies.

“I’m very angry. I feel like we are in a war zone running out of our houses so they won’t collapse on us,” Celia Johnson, a part-time resident since 1992 who’s planning to retire in her home, told Business Insider. “I feel like my hands are tied with no one to turn to for help. Our rights have been terminated by money, greed, and politics.”

Cheryl Stevens, who sometimes rents her house in Boca Chica but was home to receive the notice, expressed similar worries.

“I am shocked, angry, and concerned about what kind of damage I might sustain,” Stevens told Business Insider. “Also bewildered as far as what to do that day. I don’t know how to prepare for this. I plan to call the FAA [Federal Aviation Administration] on Monday to discuss the civil rights violations among other things.”

SpaceX gained permission to build a commercial launch site in the area after a years-long process with the FAA and various stakeholders. Establishing safety zones before a rocket takes off is also a typical practice in the launch industry.

What is unusual in the case of SpaceX’s South Texas launch site is that people (and nearly all of them not by choice) reside within that critical area.

The FAA and Judge Treviño, Jr. did not immediately respond to requests for a statement and more details about the notice and its origins. SpaceX did not provide comment prior to publication of this story.

SpaceX has plans to launch even bigger rockets from South Texas

The public health and safety notice comes about a month after SpaceX’s most recent launch of Starhopper. That flight inadvertently ignited a grass fire that burned through more than 100 acres of coastal wildlife refuge, thousands of acres of which surround the launch site and hamlet.

SpaceX has responded to the incident by putting together a better fire-prevention and response plan, according to Bryan Winton, manager of the Lower Rio Grande Valley national wildlife refuge at the US Fish and Wildlife Service. SpaceX is now coordinating more closely with local agencies on its launch plans and fire safety, has installed five new remote-control water cannons on its launchpad to douse flames (there used to be only one), is helping perform controlled burns, and more, Winton told Business Insider on Thursday.

But SpaceX is working toward launching a larger prototype, called Starship Mk1, that will use three Raptor rocket engines and be capable of launching from the Texas site, flying around Earth, and landing back there. The rocket company is also building a similar yet competing prototype in Florida called Starship Mk2.

Before SpaceX can launch either rudimentary rocket ship, or any full-scale Starships, the company needs sign-off from the FAA.

“Working on regulatory approval for both Boca Chica, Texas, and Cape Kennedy, Florida,” Musk tweeted in March. “Will also be building Starship & Super Heavy simultaneously in both locations.”

As of now, SpaceX has yet to secure the necessary permissions to launch the orbital-class vehicles.