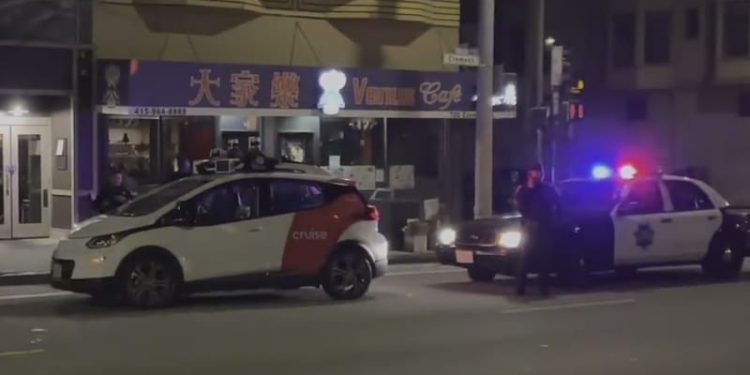 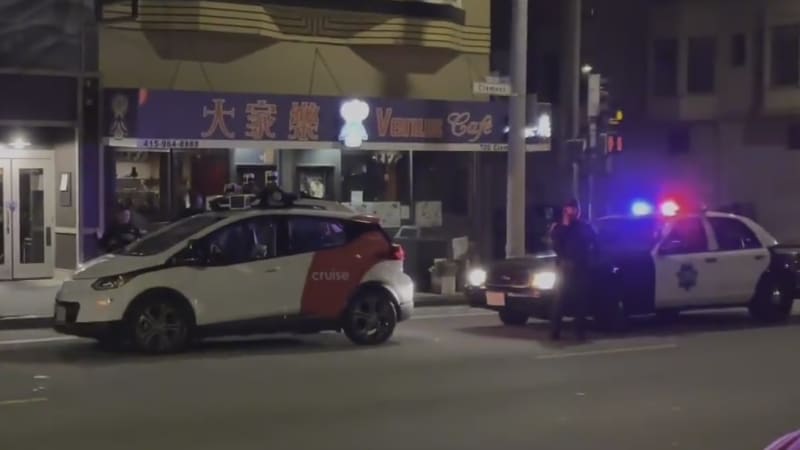 Three police officers in San Francisco ended a shift with an unexpected story to tell: They pulled over a driverless car. Footage of the incident published on social media shows officers puzzlingly circling one of Cruise’s Chevrolet Bolt-based self-driving prototypes.

Posted on Instagram by user b.rad916, the three-minute video shows a Ford Crown Victoria patrol car (yes, some of these are still in service!) parked behind the Bolt; its lights aren’t on, but the prototype seemingly knows that it has been pulled over. Someone watching the traffic stop says what the officer is about to find out: “Ain’t nobody in it!” One officer looks into the cabin, tries to open the driver’s door, and walks back to his patrol car. Then the Bolt drives off and across the intersection — much to the amusement of passersby.

While this looks like the beginning of a police chase, or like the start of a man versus machine science-fiction movie, General Motors-owned Cruise wrote on Twitter that the Bolt behaved exactly like it’s programmed to. “Our AV yielded to the police vehicle, then pulled over to the nearest safe location for the traffic stop, as intended.” And, indeed, the Bolt pulls off to the side of the road and turns on its hazard lights.

This time, the Crown Vic’s lights come on, and two officers step out to figure out what to do next — a third joins them later. Cruise explained that “an officer contacted Cruise personnel and no citation was issued.” It sounds like the Bolt was stopped for driving without its lights on, though there’s no word on why they were off and whether they can be turned on remotely or if someone had to come out and hit the switch.

Cruise received a permit to test autonomous vehicles in California without a safety driver behind the wheel in September 2021. Its prototypes are allowed to carry paying passengers without a driver on certain roads between 10 p.m. at 6 a.m., and they can’t legally exceed 30 mph. Although that limits the scope of trouble that the cars can get into, the company added that it set up a dedicated phone line that law enforcement officials can call if needed.