Ponzi scheme behind patriotic vodka, once featured on ‘Fox & Friends,’ scammed investors out of $900,000 to pay IRS and Amex bills, prosecutors say 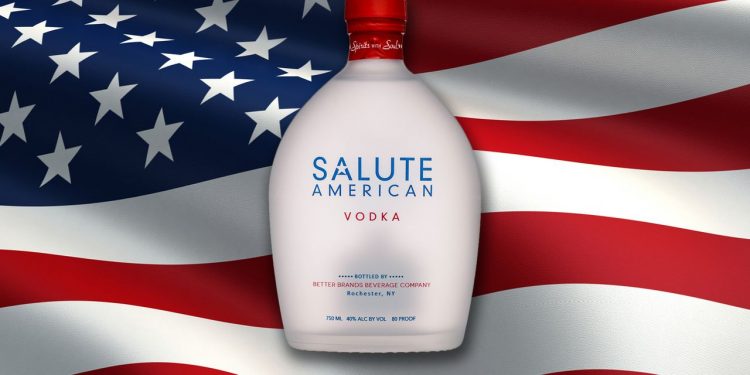 
A Connecticut businessman has pleaded guilty to operating an unpatriotic Ponzi scheme that pocketed $900,000 from investors looking to buy a pro-veteran vodka company.

Brian Hughes, 57, of Madison, Conn., admitted raising money to buy Salute American Vodka and then expand it, then going on to use much of the money to pay his own credit-card debt and tax bill.

Hughes also admitted cheating investors by purportedly raising money on behalf of another liquor company to which he had no connection.

In all, prosecutors say Hughes stole $889,000 from investors while also failing to pay almost $500,000 he would have owed in taxes. The fraud led Salute to cease operations in 2019.

Prosecutors say that Hughes formed Handcrafted Brands LLC in 2015 to raise money to buy the vodka company. Salute American Vodka was billed at its founding as a patriotic beverage company donating $1 to veterans charities for every bottle sold.

One partner was Work Vessels for Vets, which was started by Salute’s president and provided working seacraft to veterans to get involved in the commercial fishing industry. The vodka company was featured on “Fox & Friends” in 2018 in a segment about National Hire-A-Veteran Day.

Prosecutors say the first $150,000 Hughes raised was used to pay off money he owed to the IRS and to pay an American Express
AXP,

Hughes eventually purchased the vodka company for $450,000 but continued raising money, purportedly to expand it. Instead, he used a substantial portion of the money to pay off his own debts and to partially pay out earlier investors, in a method known as “lulling” payments.

Hughes then began soliciting for investments in another booze company — identified in court papers as Company 1 — to which he had no actual connection.

Hughes pleaded guilty to one count of wire fraud for which he faces a maximum sentence  of 20 years in prison. He also agreed to pay $2.99 million in restitution and back taxes.

Bradley Freegard on Taking Up the Crown as King Canute in Vikings: Valhalla

Bradley Freegard on Taking Up the Crown as King Canute in Vikings: Valhalla